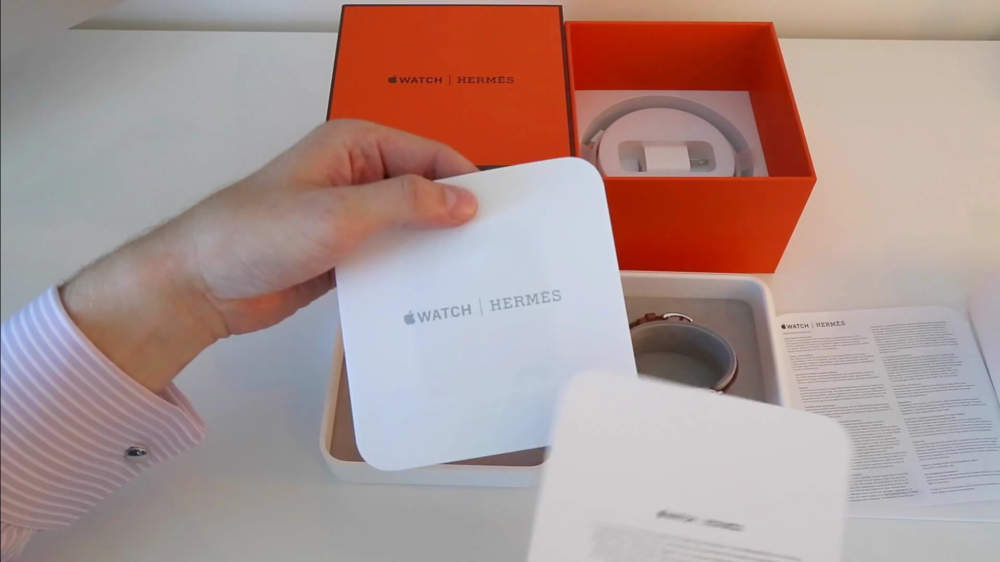 Following the official release of the Apple Watch Hermès yesterday, unboxing videos are beginning to appear online, showing the premium Watch version’s custom packaging and watch faces. This YouTube video depicts the Single Tour model, and shows some of the customizations unique to the Hermès watches, including:

Apple Watch Hermès ranges from $1100 to $1500 and is available now in select Apple and Hermès stores. Alternatives to the expensive leather Hermès bands are being offered at lower prices.