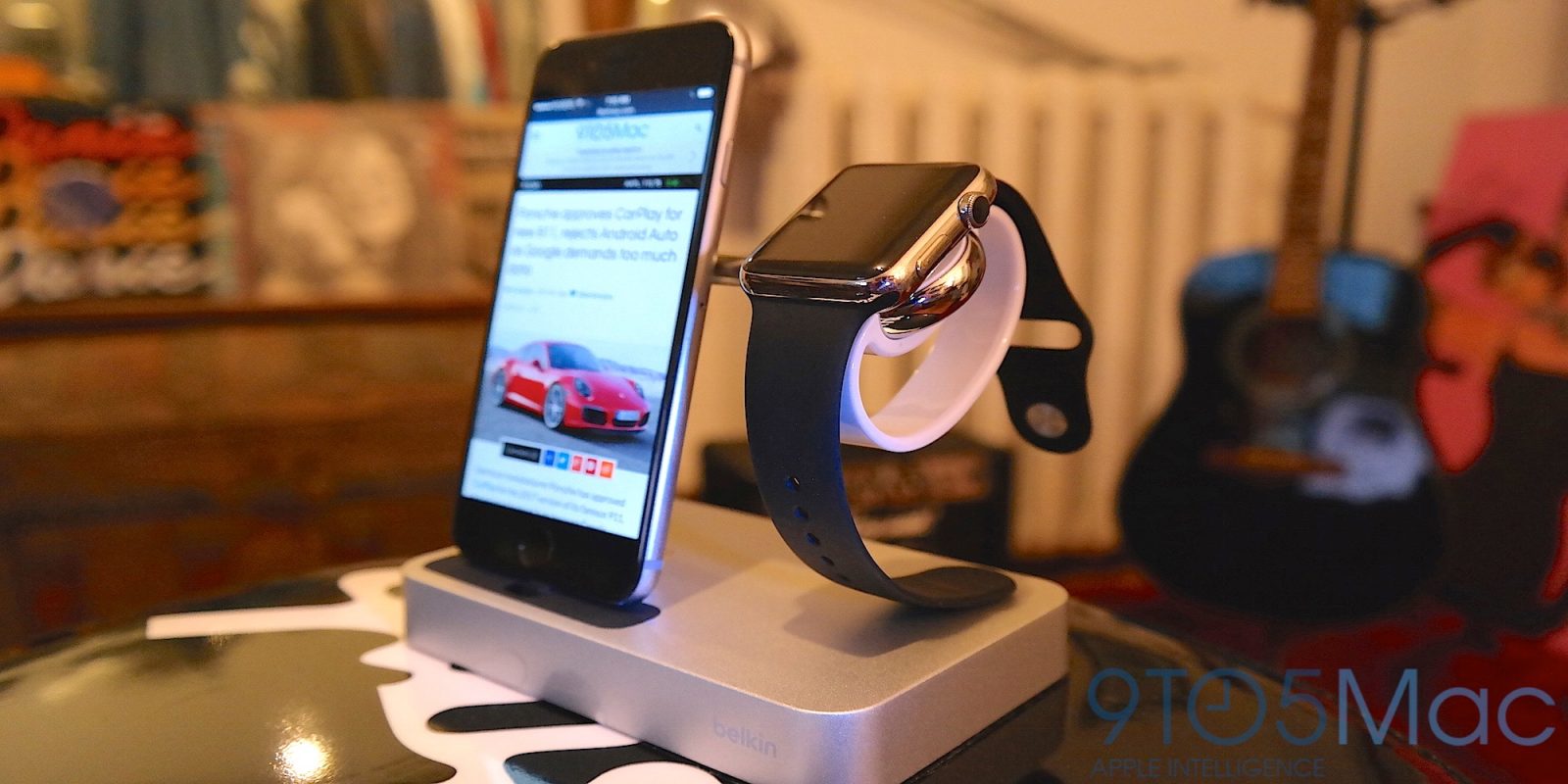 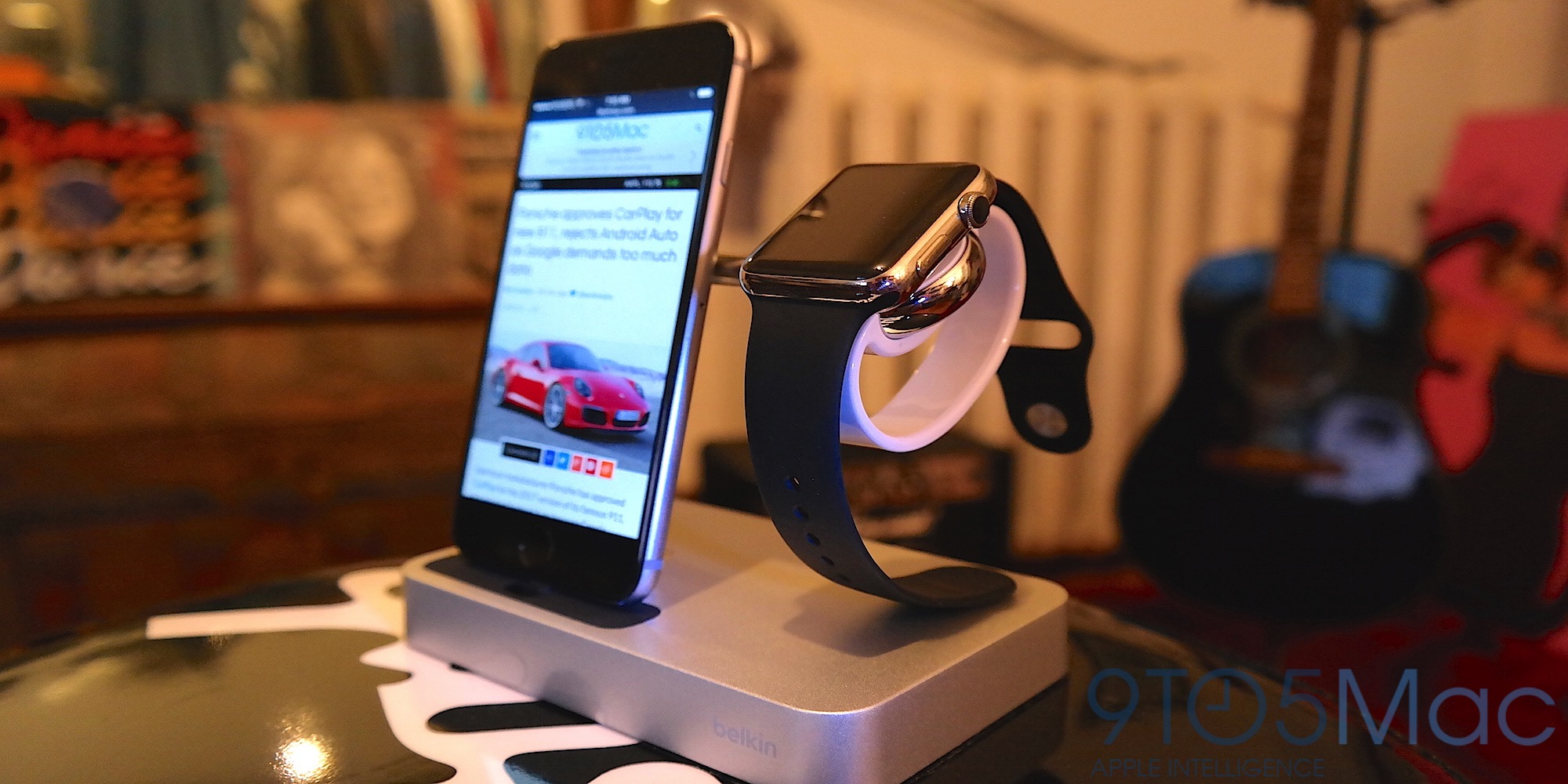 After Apple announced plans back in July to let accessory manufacturers produce Apple Watch docks that integrate its magnetic charging connector, today the first product to take advantage arrives with Belkin’s new Charge Dock for Apple Watch – which also includes an integrated lightning connector for simultaneously docking an iPhone. We’ve been testing the product ahead of its release…

Apple provides the Apple Watch’s magnetic charging connector component to accessory manufacturers through its Made for iPhone (MFi) licensing program, and Belkin is one of the first to take advantage with the launch of its new Charge Dock today. Accessory makers currently selling Apple Watch docks have to use exposed grooves, a recess, or other workarounds to allow users to snake their own Apple charging cable through the product.

We’ve reviewed a number of Apple Watch docks and pointed out the lack of integrated charging cables as the one major downside of the current crop of docks and stands. So I was interested to see what Belkin has accomplished with its first design using an integrated charger… 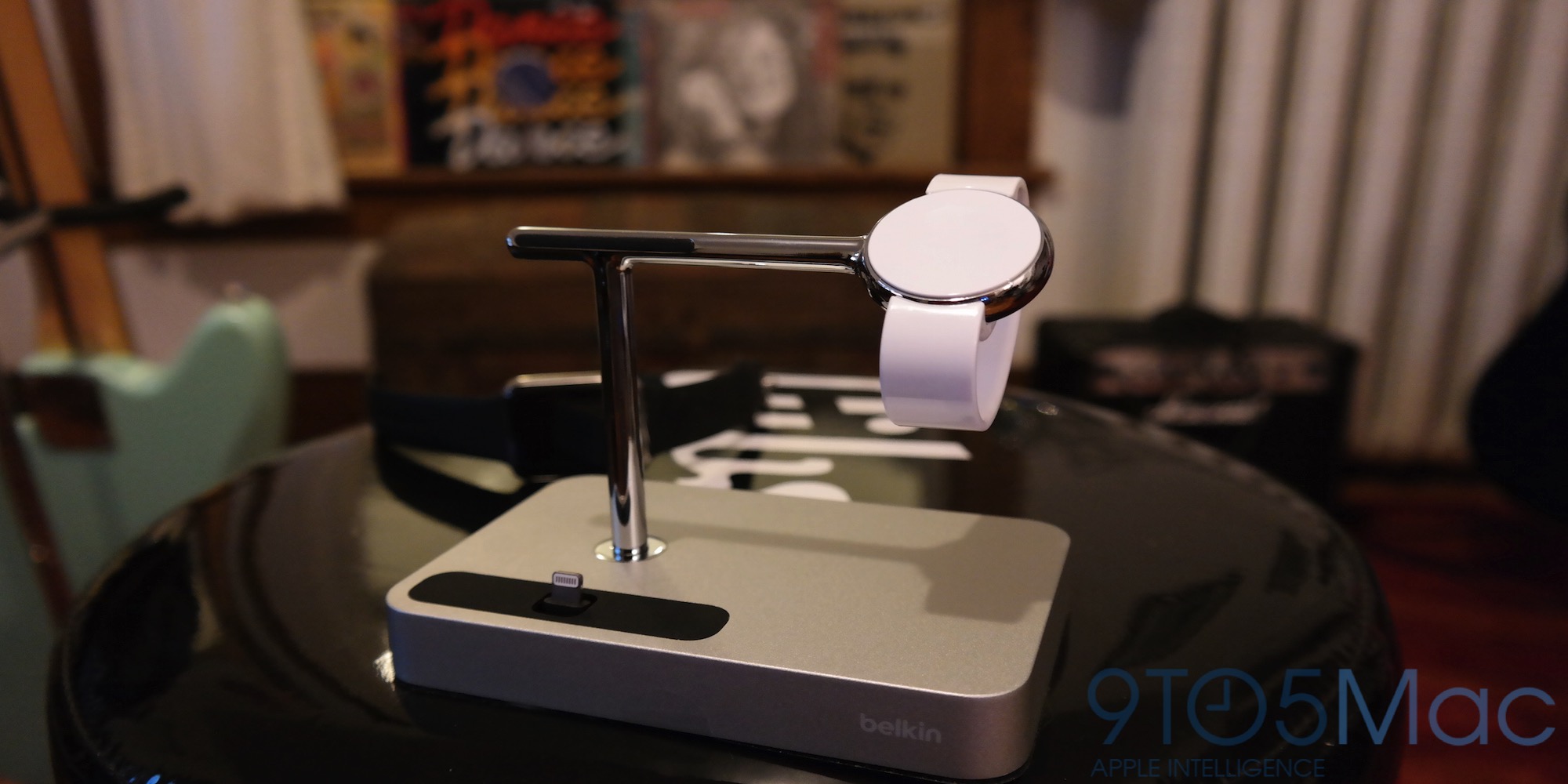 When it comes to build quality, the Belkin Charge Dock feels as good as it looks. Belkin didn’t cheap out on any of the materials including a solid metal base in Apple aluminum-like finish and a solid metal arm with a chrome finish. All that metal means that Charge Dock weighs around 1.4lbs.

You’ll also find rubber pads on the base surrounding the Lightning connector, on the chrome arm, and on the bottom of the dock to prevent the metal parts from scratching a docked iPhone and your desk.

The dock has a small dial on the back of the base that allows you to raise the integrated Lightning connector up and down (pictured below). This is something Belkin has done on past docks and allows users to adjust the height of the connector to accommodate just about any case. 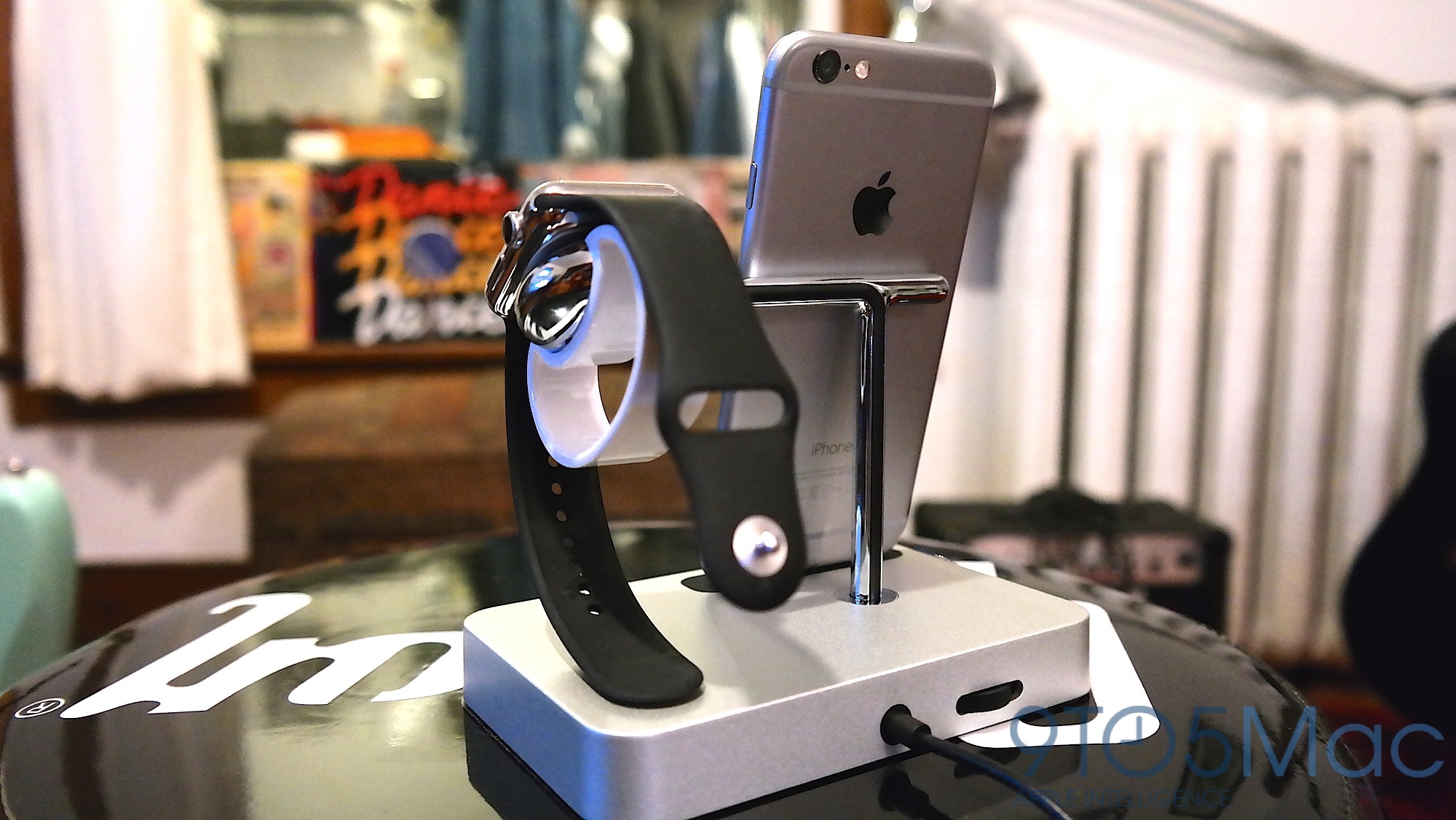 Another unique feature of the dock is a small plastic attachment for the arm that holds the Apple Watch (pictured above). That offers some extra support by allowing heavier metal bands to sit nicely when docked and, for example, avoid the magnetic components on the Milanese loop band from attaching to the rest of the strap, but it’s easily removable and not necessary for other bands. The weight of the heavier bands can make it much easier for the watch to come disconnected from the magnetic charger with little force, but the added attachment (which Belkin includes in the box) helps with that significantly.

What to know before buying:

The dock does consider viewing angles for the Apple Watch when it’s docked, but it didn’t find a way to also incorporate Nightstand mode at the same time, which currently only works when the watch is in horizontal, landscape orientation.

Belkin provides a power supply, so you won’t have to provide any of your own cables like some of the unofficial docks on the market, but the 12V, 1.5A adapter is quite large (as usual) when compared to an iOS or Apple Watch charger. It comes with a 1.5 m/4.9 ft. cable.

And lastly, the chrome arm that the devices rest on is fixed and doesn’t swivel or move in any way.

There’s no denying that the price of $129 is on the high side for a dock that may become obsolete with your next iPhone or Apple Watch upgrade. But with the premium finishings, an Apple-worthy design, and the fact it’s the first product with an integrated Apple Watch charger, to me makes the Belkin Charge Dock one of the best Apple Watch docks yet, and certainly the best Watch/iPhone combo product.

The Belkin Charge Dock for iPhone and Apple Watch is available for $129 through Belkin and Apple.