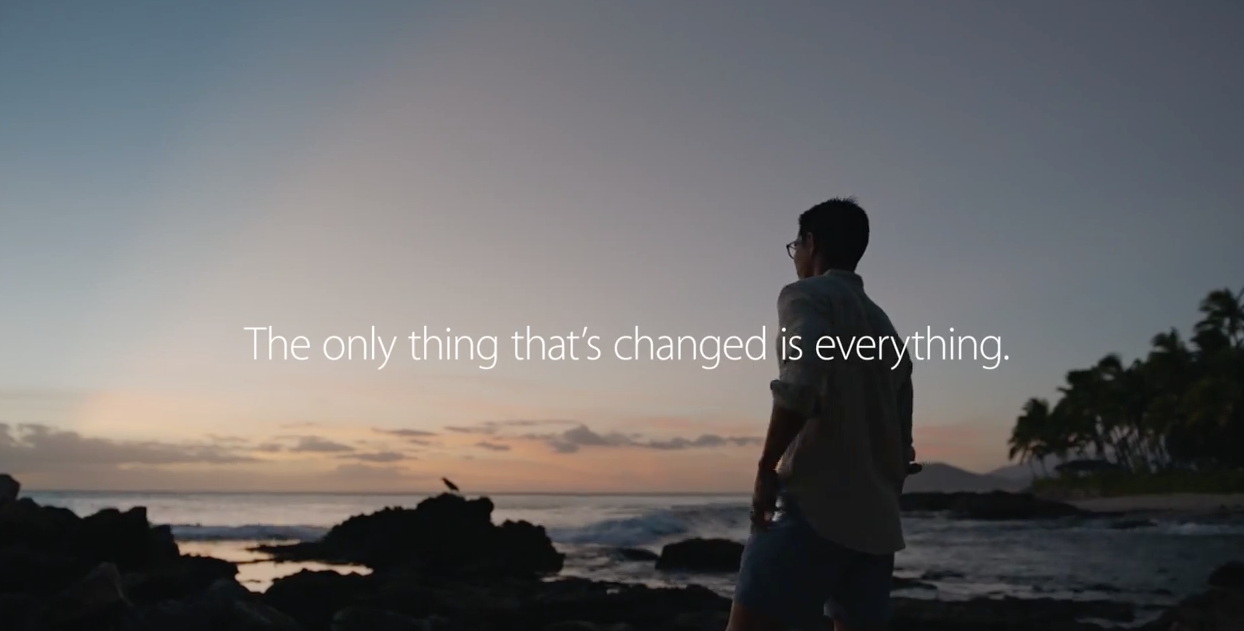 Apple today has shared a new ad for the recently released iPhone 6s and iPhone 6s Plus. The ad focuses on arguably the standout new feature of the device: 3D Touch. In the ad, Apple highlights a variety of the use cases of 3D Touch and offers a brief explanation as to how it works.

Apple describes the new “Peek and Pop” method of using iOS that the devices feature. The ad showcases using 3D Touch to quickly access navigation directions, music playlists, messages, Instagram profiles, and more. Actor and singer Jamie Foxx also makes a brief cameo in the ad while Apple is showing using 3D Touch to preview the contents of an album. In this case, the album is Foxx’s “Hollywood: A Story of a Dozen Roses.”

The new ad can be seen below. It features the tagline “The only that’s changed is everything.” which Apple has used several times in its describing of the iPhone 6s and iPhone 6s Plus.

Earlier this month, Apple shared a handful of new Apple Watch advertisements that highlighted the device’s health, navigation, and communication features. Apple will likely continue to unveil new TV spots as we head into the holiday shopping season.