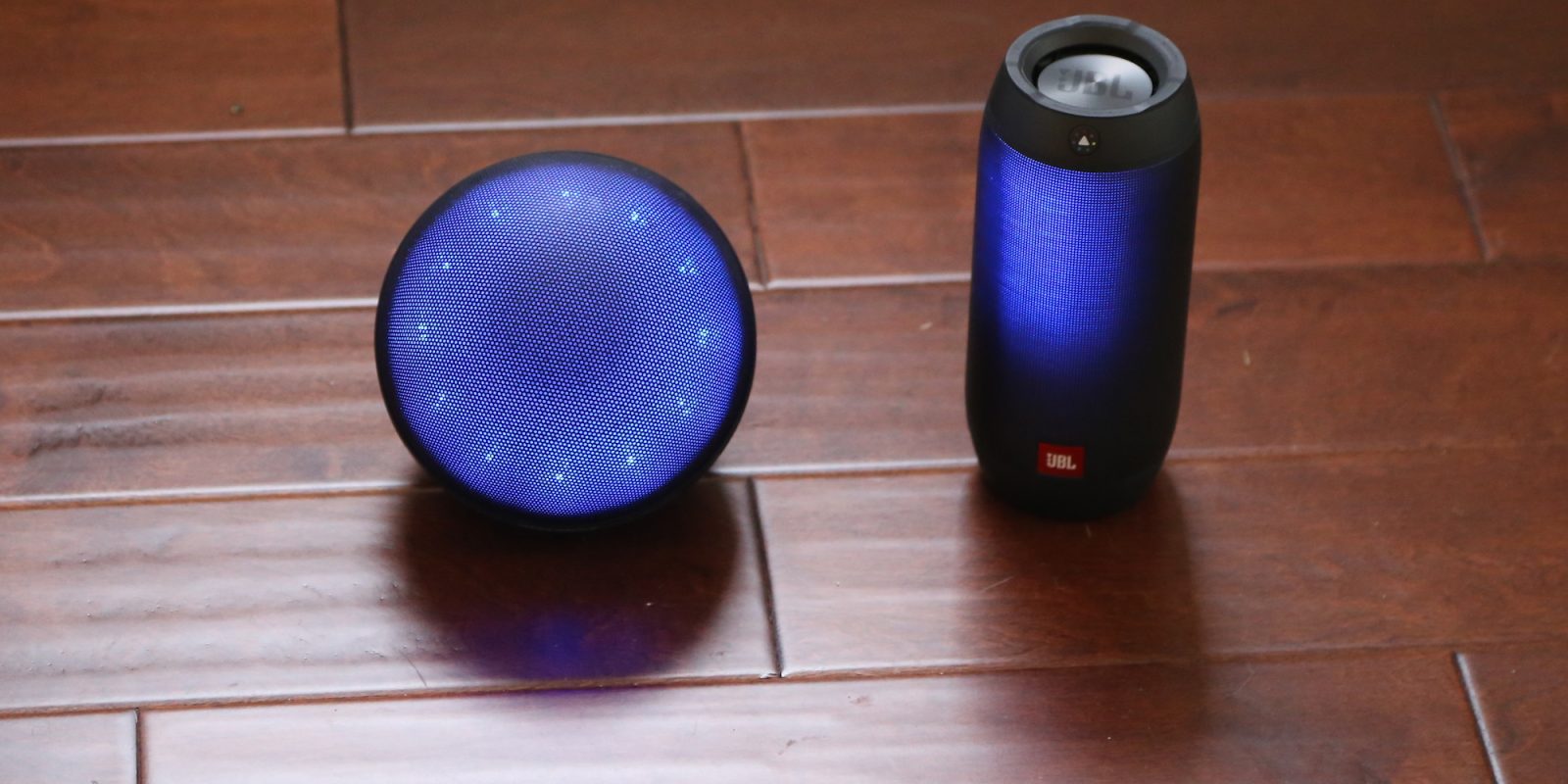 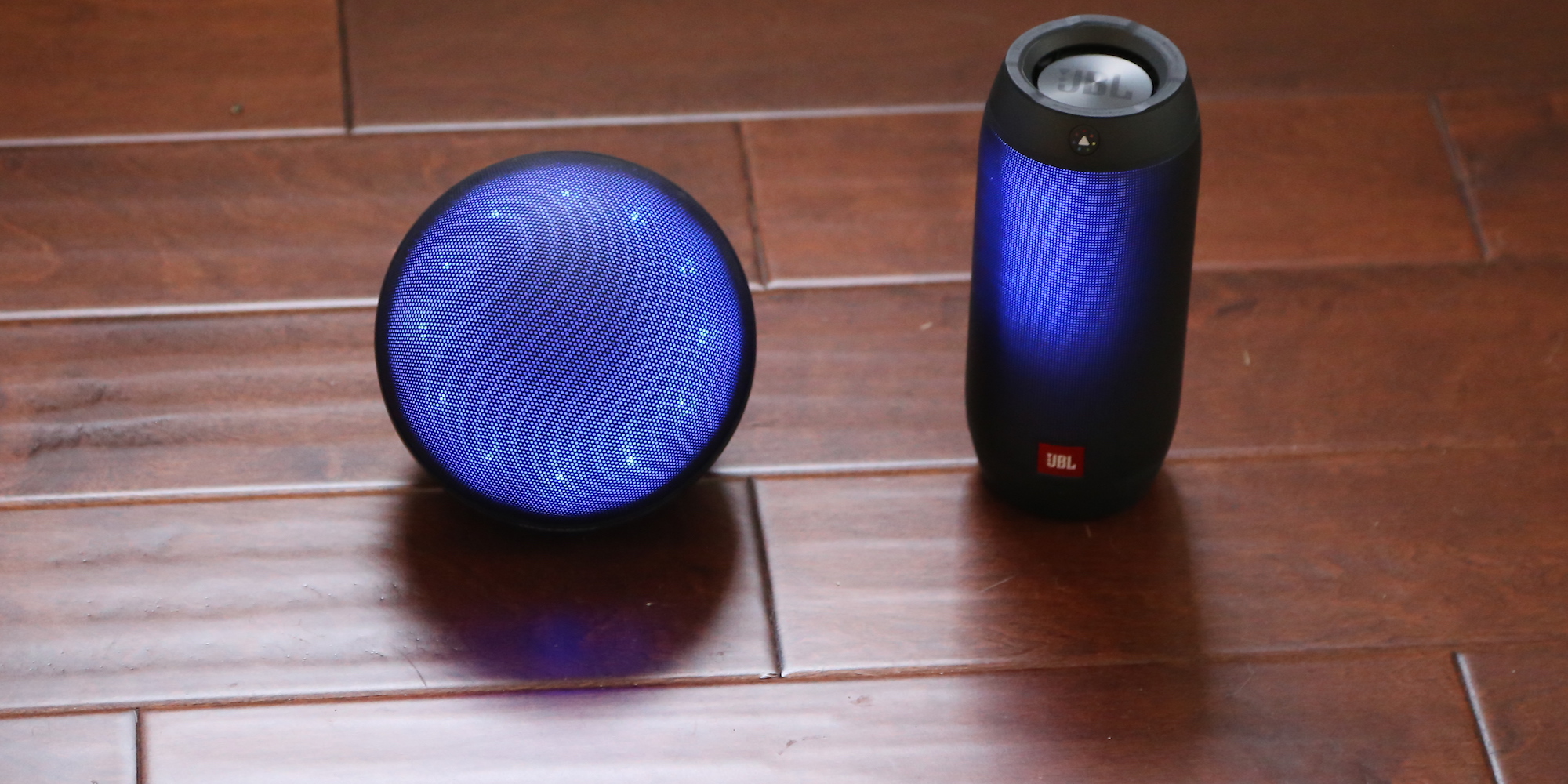 If you are looking for some differentiation in your Bluetooth speakers, the JBL Pulse 2 ($199) and the Marsboy Orb ($30 after SPDJVX3R code) offer varying degrees of light show to accompany your music. While the JBL Pulse 2 is essentially a very good Charge 2+ with a light show wrapped around the outside, the Marsboy brings a base model Chinese brand speaker with a LED array strapped on. Is there any middle ground here?

As you can imagine, there is a huge disparity in quality of music and lightshow between these two speakers. I’ve reviewed JBL’s Bluetooth lineup on various occasions and they hang with the best $200 Bluetooth speakers out there.  The lightshow that JBL attached is no slouch either. There’s a variety of light shows and you can even snap a “photo” with an image sensor on the device and it will use the colors in the image as the light show. It can even use ambient sound to make its lightshow. The case is waterproof and the lights are very cool and wrap around almost 360 degrees.

The Pulse 2 has a 6000mAh battery but unlike the Charge 2, it can’t USB charge your devices. That huge battery is meant to power the lights which really do look impressive and are a significant upgrade from the Pulse 1.  Besides not having a USB out, the Pulse 2 is a bit on the heavy side and with a round body and drivers on each end, is confusing in how to set it down without distorting the sound. Most press images have it down on one end and it sounds great no matter how it is positioned but there is definitely some ambiguity. 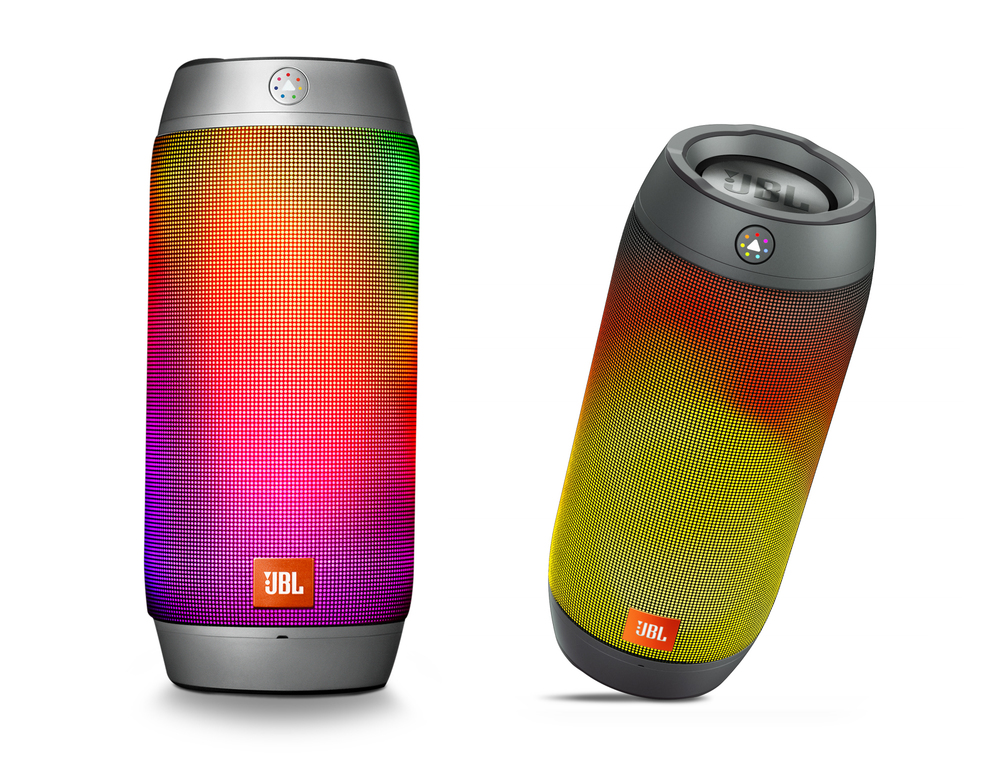 The Marsboy Orb, as you can see in the images, is round and takes up about as much volume as the Pulse 2. It sounds pretty good for an inexpensive speaker and will definitely be great for kids and folks who aren’t super-picky about sound quality. It sounds a bit tinny like a $40-$50 speaker…which makes a lot of sense since that’s what this is. 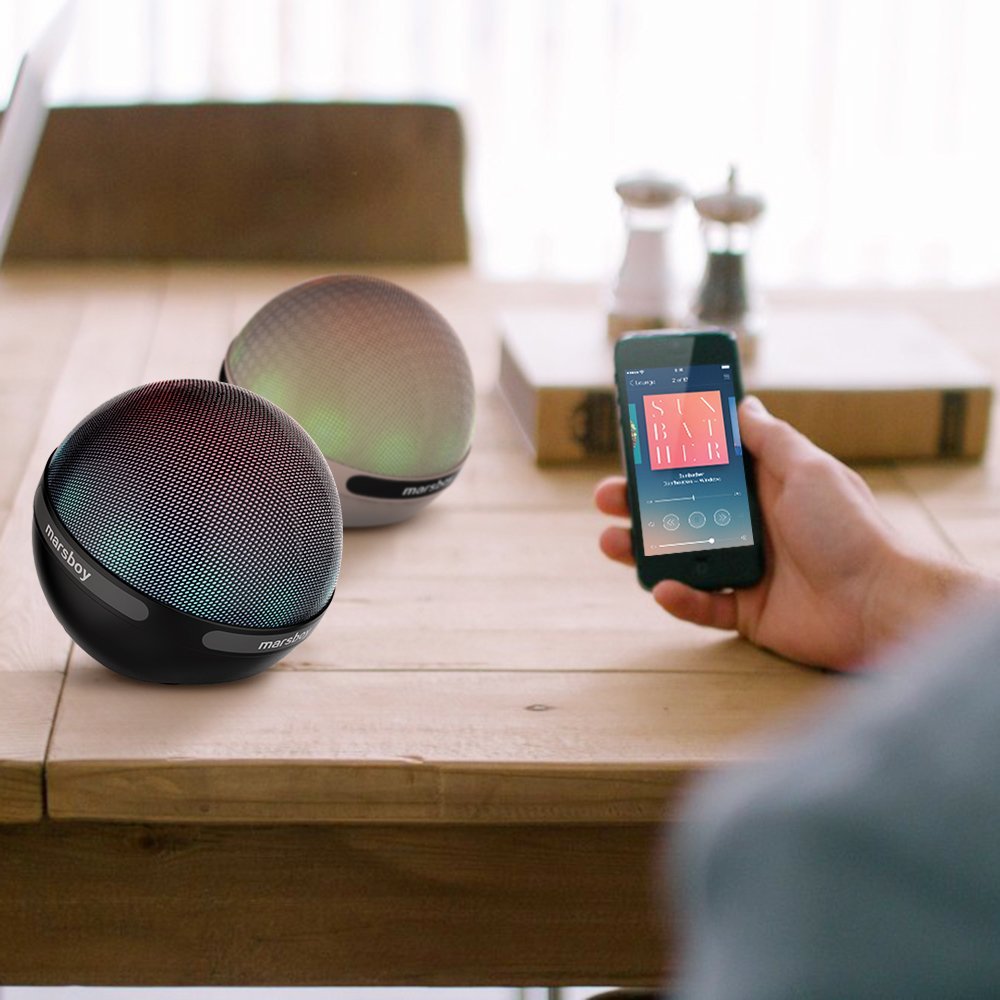 The light show is also less nuanced (here’s a good video of the lights).  Instead of a grid, you are presented with a number of LEDs that look a bit like the old LiteBrite kids toy from the 80s. There’s a few different settings to choose from and the lights definitely correlate to the music but it isn’t at all ass fancy as the Pulse 2. It does have a MicroUSB Charging, 3000mAh battery that’s good for 10+ hours of playback and it looks very nice. You can also make speakerphone calls and do anything else a bluetooth speaker is meant to do. This one isn’t waterproof.

To wrap it up, these are both solid performers in the “Portable Bloothtooth speaker LED lightshow” space. If you want to impress people and maybe dress up a dorm room or party space, grab the JBL. It’s a great sounding speaker overall even without the light show. 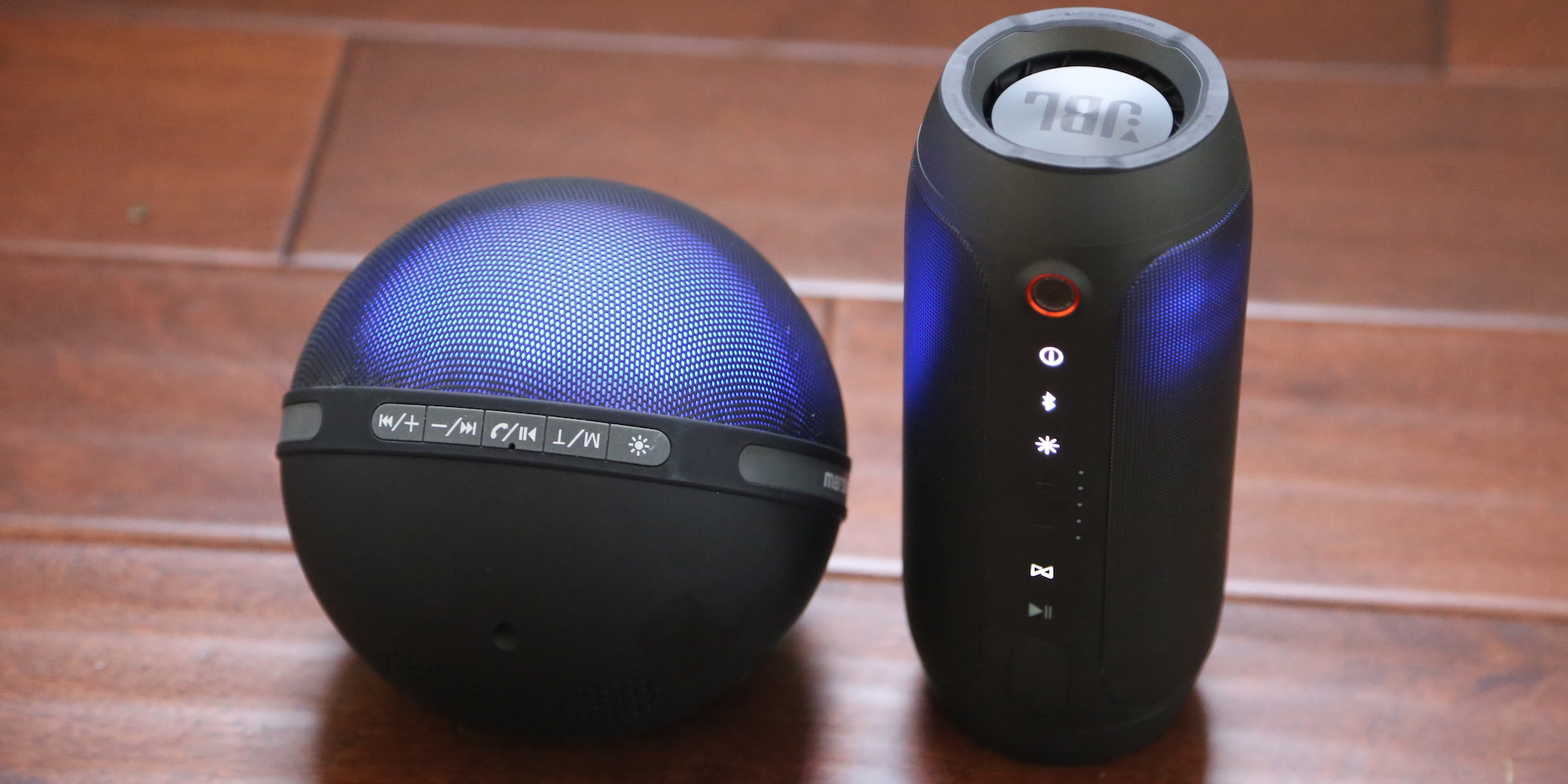 If you want a light show speaker for the kids to rock out to or something to make your iPhone/iPad music a little more entertaining, the Marsboy Orb is certainly a good bet.  Marsboy Orb ($30 after SPDJVX3R code at checkout)

If you are looking for some nice middle ground here, JBL’s previous Pulse speaker is about $137.