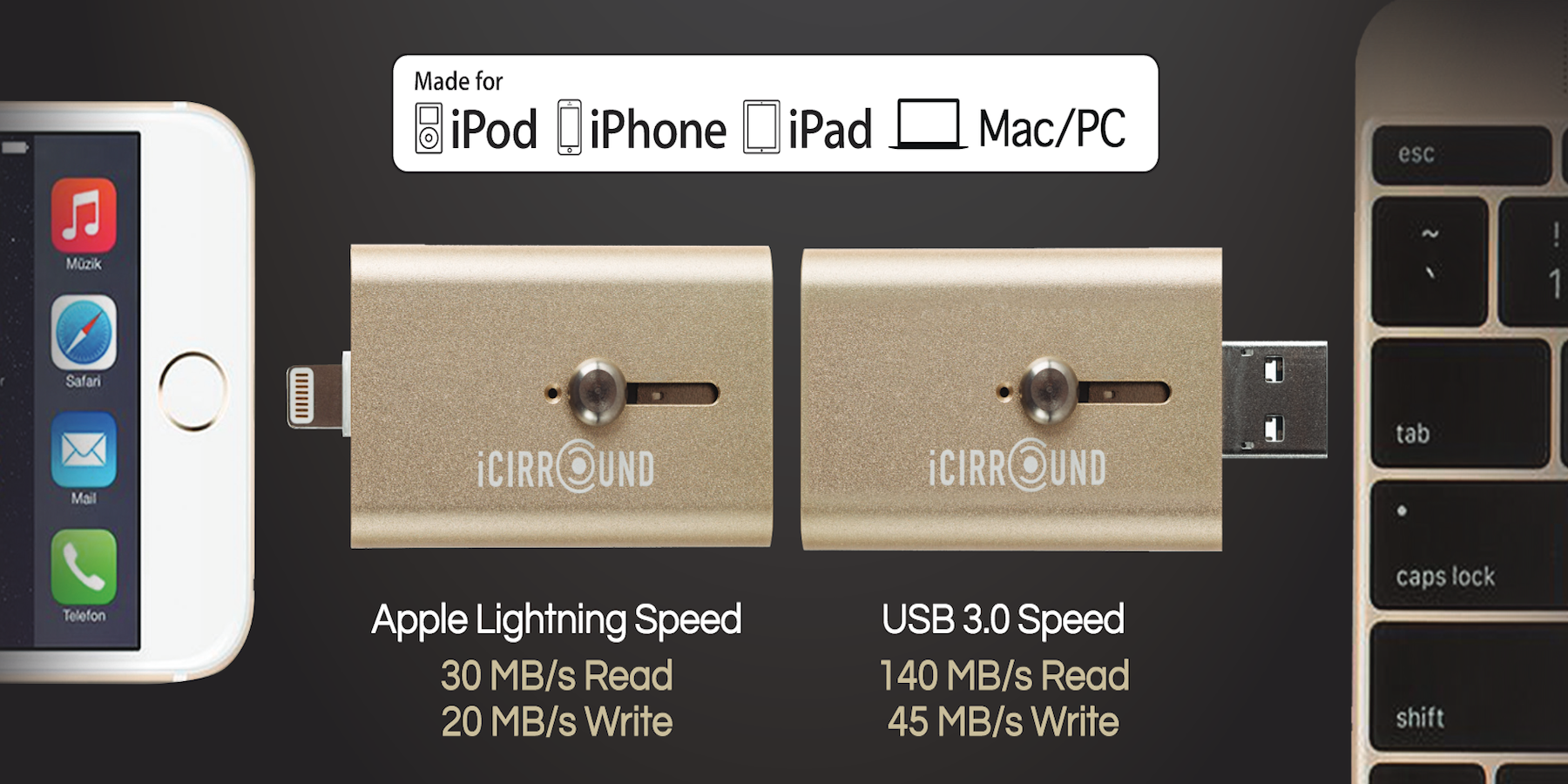 Hyper’s new iShowFast Lightning drive adds a few features not available from competitors: USB 3.0 for faster performance, support for files over 4GB in size, and new low power consumption features that mean you’ll never have to charge it.

Lightning thumb drives have become more popular in recent years. With a standard USB connector on one side and Apple’s Lightning connector on the other, the product allows iPhone and iPad users to quickly and easily transfer files between devices (iOS and desktops) or stream content directly from the drive to their device.

Space is limited on your iPhone and iPad, so the idea is you store your videos, photos, and other files on the drive and have them available offline at any time by simply connect the drive to your device. On a plane, at a meeting, hotel or event with unreliable Wi-Fi, you can quickly retrieve, view, or stream your files without relying on the cloud to work at the right time.

The drive uses a companion iOS app from the App Store (pictured above) that makes managing files, streaming content, and sharing easy all from the iOS device itself. Plug it into your Mac using the USB end, and you’ll be able to manage it like any other external drive right from within Finder.

With USB 3.0 on the new iShowFast drive, you get transfer specs of 140MB/s (read) and 45MB/s (write), while the Apple Lightning connector side gives you 30MB/s (read) and 20MB/s (write). And the new drive, unlike Hyper’s last generation product or competitors, supports ExFAT for files over 4GB in size. That will certainly come in handy for large project sessions or video files that well exceed the otherwise 4GB cap per file upload.

Use coupon code “9to5mac” on Hyper’s site at checkout to take advantage of the deal (it’s also good for the company’s full CES 2016 lineup).

Hyper will be showing off the iShowFast and its other new products at CES this week. Its CES booth is at LVCC North Hall 5124 if you want to stop by.