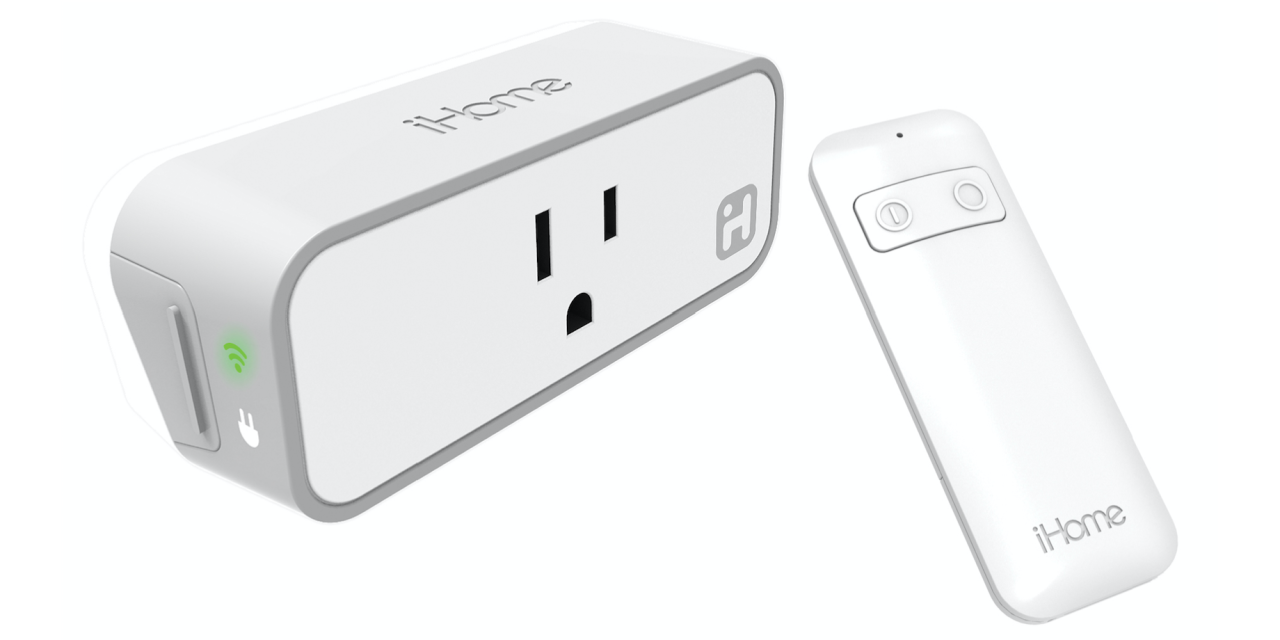 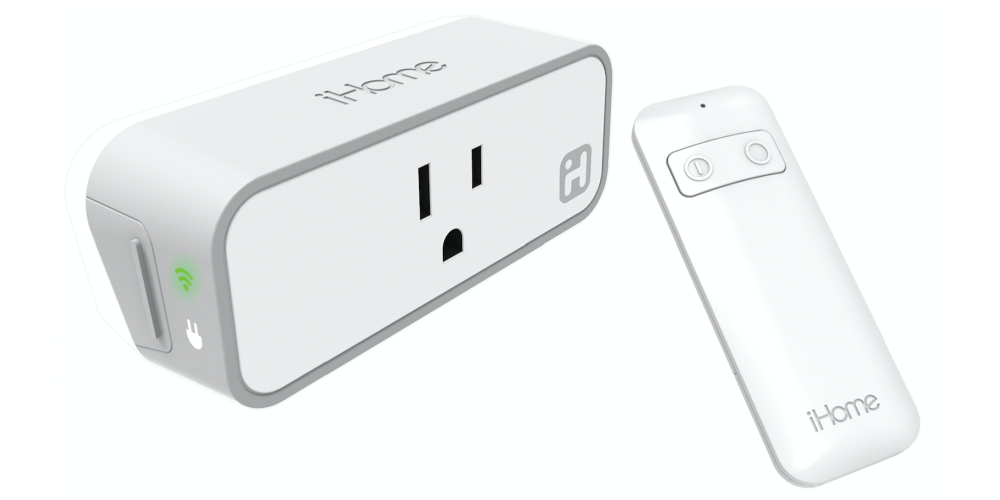 Perhaps most notably is the new version of iHome’s SmartPlug. For those unfamiliar, the WiFi-enabled SmartPlug adds Siri automation to any two- or three-pronged accessory you have around the house. The accessory is controlled via iHome’s app and Siri. We reviewed the original model last year and noted of it being an inexpensive way to try out HomeKit.

The first iteration of iHome’s SmartPlug was unveiled at CES 2014 and was relatively popular when it was released last summer. This year, then company is introducing the iSP8 SmartPlug as a successor to the iSP5. The new model features all of the same capabilities as last year’s, but adds the ability to manage it with a remote control, should you not have your smartphone or tablet near you. The iPS8 also features power consumption monitoring of devices that are plugged into it.

iHome has also unveiled a pair of new docking stations. The first is the iDL44 Lightning Dock, which features built FM radio capabilities, Time Sync capabilities, and Reson8 speaker chambers for “exceptional” sound quality. The iDL44 will be available for $99.99. Further more, the iPL24 is a more compact and affordable version of the iDL44 and will be available for $69.99.

Next, iHome has unveiled a plethora of Bluetooth accessories. The iBT37 is a waterproof rechargeable speaker, the Kineta K5 is a Bluetooth capable alarm clock, and the iBT682 is your standard Bluetooth speaker but with a “color changing mode.” Finally, the accessory maker has unveiled the iB29 metal Bluetooth earbuds and the iB71 Bluetooth water-resistant earbuds.

More info is available in the press release below.

iHome’s first smart plug (iSP5) was unveiled at last year’s CES and was a top-seller in the category when it launched last summer.  The new iSP8 features compatibility with iOS, Android, Nest, Wink and more.  It allows users to control any connected device from home, or remotely.  Turn on or off any small appliance such as fans, lights, and heaters remotely or at home via the free iHome Control app. The iSP8 also features power consumption monitoring of devices connected to the SmartPlug and works with an included remote control without using a smartphone or tablet.  Expected MSRP: $49.99.

A dual alarm clock FM radio for iPad, iPhone and iPod allows users to charge and play iOS devices as well as wake or sleep to them, or the built-in FM radio.  The new Lightning Dock design allows extra space to fit most cases, including Apple’s new charging case.  The Time Sync feature syncs the clock to an iPhone or iPad in moments. The iDL44 includes 6 FM presets, EQ controls and Reson8® speaker chambers for exceptional stereo sound, as well as a USB charging port to charge most mobile devices.  Expected MSRP: $99.99.

Features iPX5-rated water-resistant construction for sweat-proof use and protection from the elements. Enjoy rich, detailed sound with enhanced bass response without inconvenient cables and cords (earpieces are connected by a stylish flat cable for tangle free use). Bluetooth 4.0 wireless capability lets you listen to audio from your mobile device from up to 30 feet away, while our custom fit ear cushions make extended listening a pleasure. Internal rechargeable lithium-ion battery provides 4 hours of continuous music or talking. Built-in echo-cancelling mic allows you to have wireless phone calls and an in-line remote control puts track control, play/pause, answer/end calls and volume control within easy reach. Multiple ear cushions and ear clips for a secure fit. Includes important extras such as USB charging cable and travel pouch. Expected MSRP: $39.99.

For more information, or to see the lineup of 2016 products from iHome, visit CES’s Tech East, Central Hall, Booth 9024.  Please note a number of units, including all new smart home products, will only be shown to media with advanced press appointments.