We are big fans of Kanex so we snuck over to their CES booth last night for an early look at their 2016 accessories. In short, they have a lot of goodies that they’ll be announcing later today (and we’ll update this post when they do). What stuck out for us were 2 products…

Kanex is one of the first to bring out a USB-C Battery specifically geared towards Retina MacBooks, with 3-Amp charging power and 15,000mAh of storage. That’s almost triple the Retina MacBook’s internal 5,263mAh battery. Even with some efficiency lost during the movement of electrons, Kanex GoPower will let you triple your normal Retina MacBook battery usage. And you can put your iPhone or iPad on it as well, since there’s an old-fashioned USB-A port which will charge any of your other Lightning accessories at a speedy 2.4A. It also comes with a USB-C cable. The final price and launch date are TBD, but we’re told “soon.” 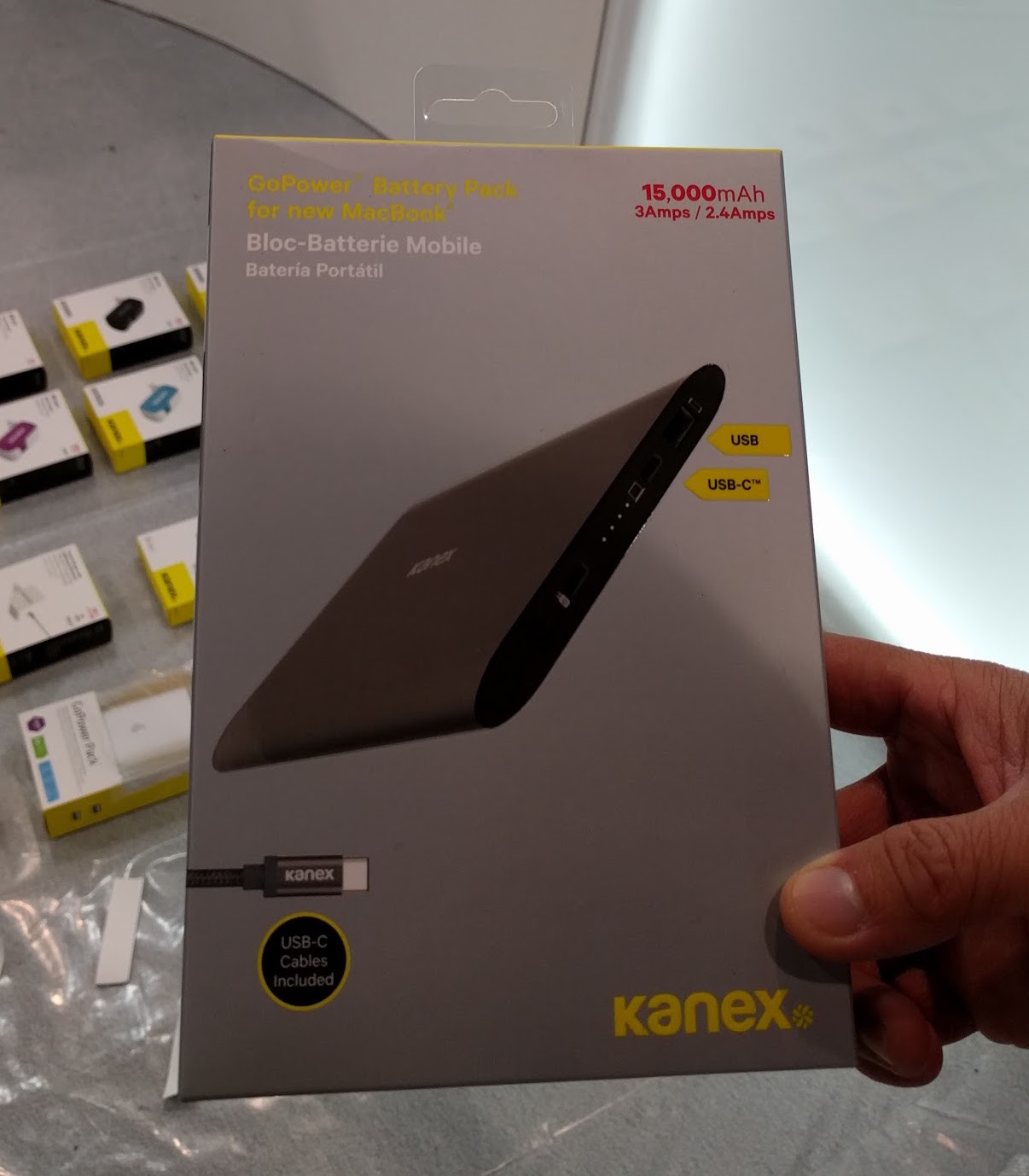 We also took a quick look at Kanex’s new Apple Watch Battery charger. This is a little bit like Griffin’s 3,000mAh Apple Watch keychain charger, but it adds a USB port for charging your iPhone, and boosts the battery capacity to 4,000mAh.

Note: Hyper also has a cool 3800mAh battery Apple Watch Case that uses your Apple Watch USB charger to do something similar – including an external USB port).

If it’s only charging your Apple Watch, it will last a week to 10 days, and can give you a full weekend of iPhone and Apple Watch battery combined. Kanex is still tweaking the final design, but showed us a prototype that we’re itching to review.