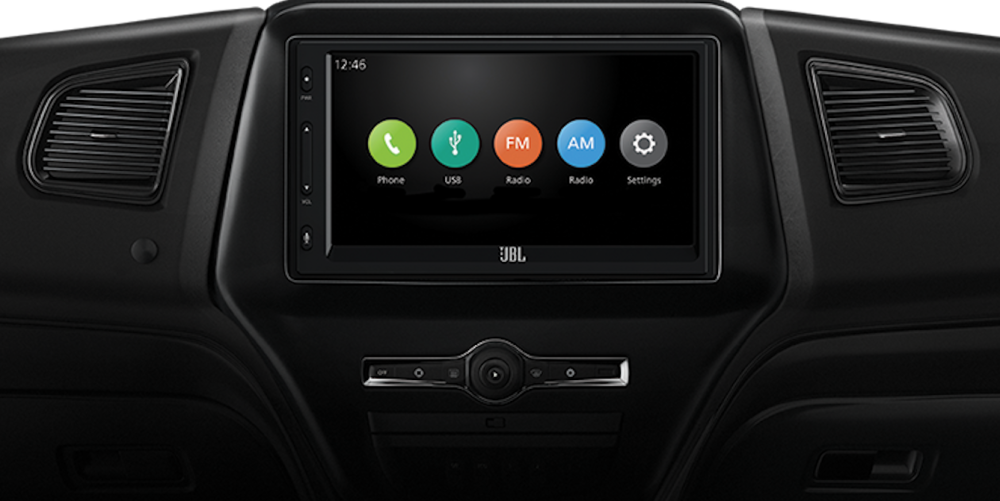 Back at the Consumer Electronics Show in Las Vegas, JBL took the wraps off of its first CarPlay-capable aftermarket head unit, the Legend CP100. At the time, the company teased only that it would be “coming soon,” but now we have an official release date. The Legend CP100 head unit will be available starting February 14 for $399 via JBL’s website. The JBL Legend CP100 features a 6.75-inch capacitive touchscreen, which is not bad at all for the price. Capacitive touchscreens are also often easier to use as they require a lighter touch than resistive touchscreens that are used in many in-car units. The Legend CP100 also has an AM/FM tuner, rear USB input, rear camera input for adding up a backup camera, and support for steering wheel controls in your car. While the JBL CP100 does not offer wireless Carplay support, it does offer Bluetooth capabilities so you can quickly place calls and play music wirelessly in your car through a JBL-designed interface, as opposed to using the CarPlay interface via USB connection. As far as design goes, you can tell in the image above that it is pretty basic. It has a black design with white illuminated buttons. In addition to your standard volume and power buttons, there is also a “push to talk” button, which JBL says provides instant access to Siri. The JBL Legend CP100 is available for pre-order now on the company’s website for $399.