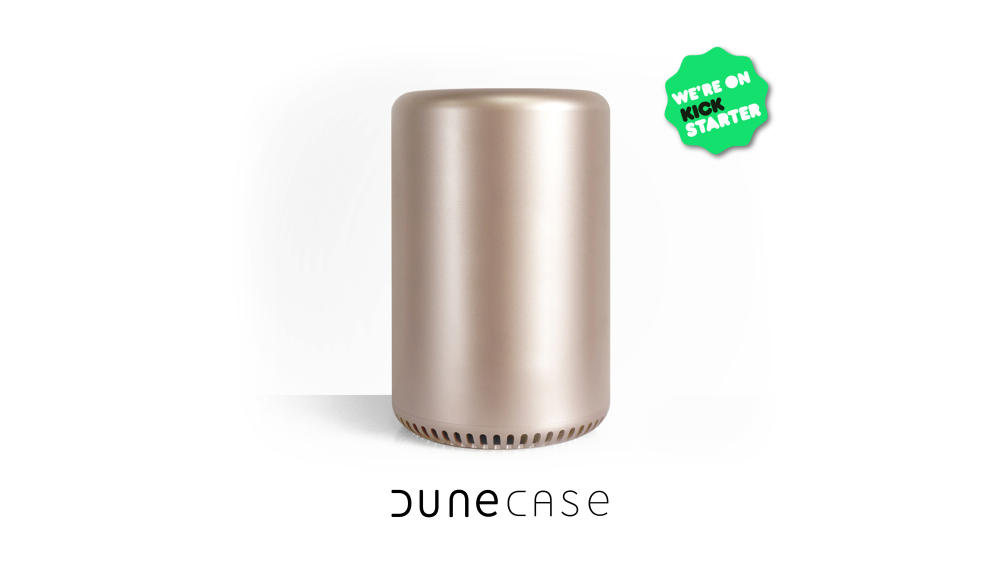 We’ve seen DIY solutions in building a Mac Pro-style Hackintosh out of actual trash cans, but others who aren’t as inclined to follow a DIY route may be excited to hear about the Dune Case. Dune Case is currently running a Kickstarter campaign of its Mac Pro-inspired PC case. The case would allow anyone to get a Mac Pro look at a fraction of the cost at only $189. Boasting a design that helps support airflow, strikingly similar to the Mac Pro, the Dune Case comes in either a black or gold color options.

Even though Boot Camp officially supports Windows 10 on current Mac Pros, a lot of users desire the customization of a PC. The Dune Case gives PC-fans the options they want in customization, while still retaining a sleek form factor. The case utilizes mini-ITX components, has room for two 2.5 HDD, and includes three USB 3.0 ports.

The case is a bit heavy at 5.73 lbs, but that is primarily attributed to its aluminum construction. With a 140mm fan at the top, the Dune Case should keep components cooler than traditionally horizontal-oriented systems. The case is designed in a vertical-orientation, just like the Mac Pro, ensuring hot air is pulled up and out of the case instead of circulating within itself.

Pricing for the case will start at $189 when officially launched, but there are still some slots available for backers who can score it at $169 on Kickstarter.