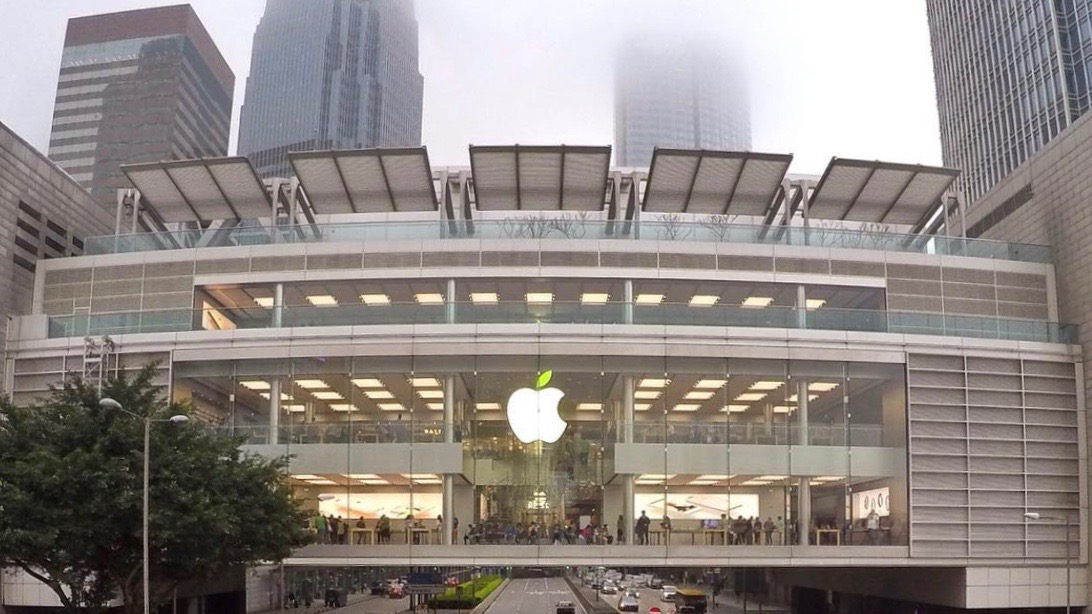 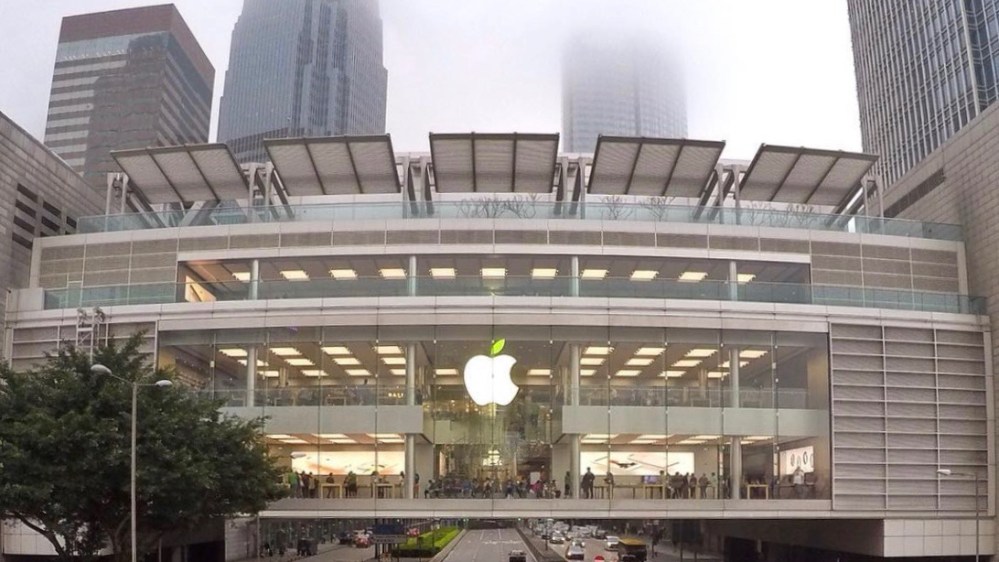 Yesterday Apple kicked off two campaigns to promote Earth Day next week, and today Apple Stores around the world are going green to signal support. The leaf portion of the Apple logo that hovers above the entrance of each Apple Store shifts from white to green around Earth Day each year, and this year we’re seeing those leaflets illuminate green a full week in advance. Apple Stores are observing Earth Day in other ways this year too…

Starting today, Apple Stores will begin to transition from white plastic bags used for years now to for eco-friendly paper bags, although the classic plastic bags will be used until supply is depleted to avoid waste as 9to5Mac reported previously. Apple Stores will also optionally offer bags rather than supply them each time in a conservation effort.

Aside from showing its colors, Apple has been promoting Earth Day and its environmental efforts in full force recently. Yesterday we saw the App Store campaign with developers and WWF kick off, where proceeds from popular apps go toward the conservation effort, and E.O. Wilson partnered with Apple to offer free lessons for iPad on the environment.

Apple Stores around the world go green to raise awareness for conservation and the environment. #AppsforEarth pic.twitter.com/rgROAJ87Uy

Apple is also highlighting its environmental effort on the front page of apple.com, where links to the Apps for Earth campaign and Apple’s environmental microsite are front and center. There was also that ‘MacOS’ reference to OS X, which probably brought some added attention to the webpage before it changed.

Earth Day is officially observed next Friday on April 22nd:

Earth Day is an annual event, celebrated on April 22, on which day events worldwide are held to demonstrate support for environmental protection. It was first celebrated in 1970, and is now coordinated globally by the Earth Day Network, and celebrated in more than 193 countries each year.

Check out shots of this year’s green Apple Stores below:

Celebrating #earthday a little early at #applestore can't every day be earth day though?