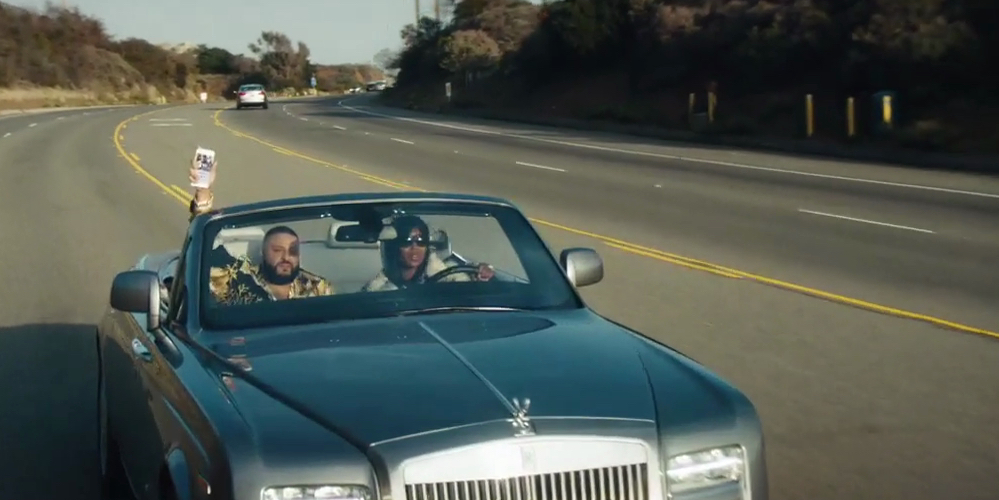 Following the success of Taylor Swift’s own ads, Apple Music has gotten the latest Snapchat sensation DJ Khaled on for two new ads featuring his famous catch phrases. In the first, he stars alongside supermodel Naomi Campbell driving down the highway playing his latest track. In the second, he breaks down Apple Music to Ray Liotta as they get a manicure and pedicure at a nail salon…

Both ads play a heavy focus on the ease of use with the Apple Music app. In the first ad with Naomi Campbell, DJ Khaled found Apple’s curated playlist (The A List: Hip-Hop) to play his latest OVO collaboration track with Drake, For Free. After pulling over to a beach, the two share an embrace as DJ Khaled shows Campbell how easy it is to open the app, find a playlist, and just get it playing. This is where the ad takes a turn to be slightly awkward as he decides to play the Bump ‘n’ Grind playlist right before they share a kiss.

Yesterday, I gave you the SONG of the summer! Me n @champagnepapi #ForFree. Went straight to #1! Today, I'm givin you the MOVIE of the summer!! 🎥🔥🎥🔥 Me n @iamnaomicampbell starring in my first @applemusic ad. Directed by @amandler n @thelarryjackson. Vision is clear, the summer is ours!!! We ain't GON stop! Luv 2 @rkelly!! 🔑🔑🔑 #MAJOR🔑 the album it's coming ! #KhaledSexSymbol

In the second ad, Khaled and Ray Liotta discuss the ubiquitously large Apple Music catalog. Liotta’s character can’t believe that for only $9.99/month, a user can find nearly any song and get it to play. He’s challenged by Khaled and requests Minute by Minute by the Doobie Brothers. Khaled proceeds to request the song aloud using Siri, and nearly instantly Liotta’s character is shocked. The two share a terse but comical stare-down as Khaled tells Liotta to “never play yourself”.