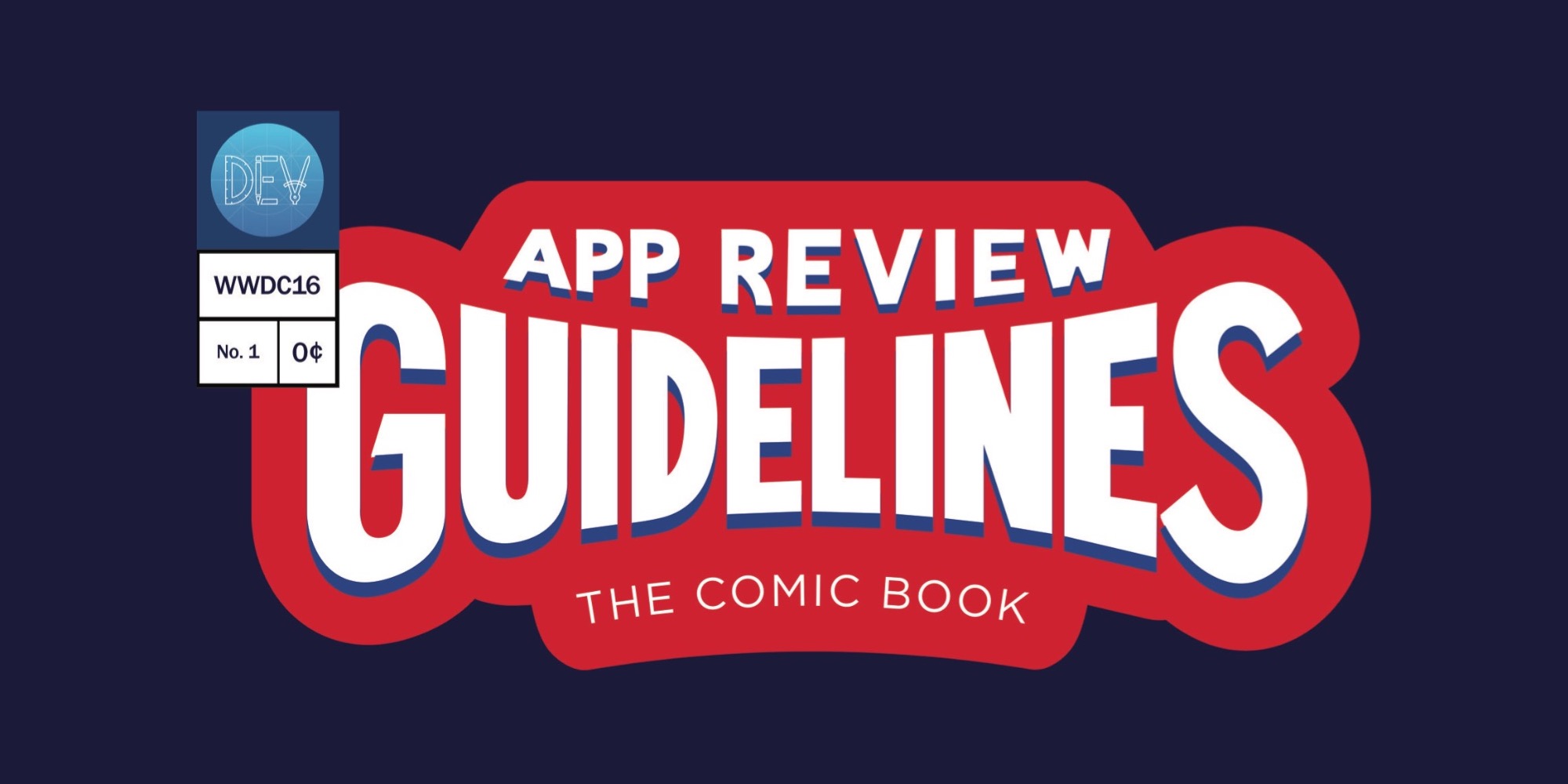 During Apple’s State of the Union and 15th annual Apple Design Awards, Apple explained that the App Store Review Guidelines would be receiving new updates this year. Currently on Apple’s own App Store Review Guidelines page there are two different guidelines listed, pre- and post- June 13,2016. Apple has decided to take these changes one step further into a partnership with Madefire. At the end of the Apple Design Award ceremony this year, Apple announced a collaboration with Madefire to make reading the newly updated guidelines easier. By releasing it as a comic book.

Madefire, a comic book reader for iOS and now the Apple TV, has partnered with Apple to make reviewing the new guidelines process easier. Madefire helped developed a story to focus the guidelines into five clear sections within the story: Safety, Performance, Business, Design, and Legal. The comic book is filled with characters each representing different pieces of the story. The artwork was done in collaboration with Mark Simmons, Ile Wolf, Luján Fernández, Shari Chankhamma, Ben Jelter, Malcom Johnson, and Dailen Ogden.

Although a comic book may not be the number one place a developer would go to read all the latest changes that effect their products, it’s a cute way to grab the attention of many younger developers. Apple made sure to iterate that this year at WWDC 2016 they had a lot of new young developers in the crowd, the youngest being nine years old.

Be sure to get caught up with all the App Store Review Guideline changes by heading on over to Apple’s site. If you find anything you find particularly interesting, be sure to reach out to us or let us know in the comments below. The App Store Review Guidelines comic book can be downloaded from Apple’s App Review page, or directly downloaded here.