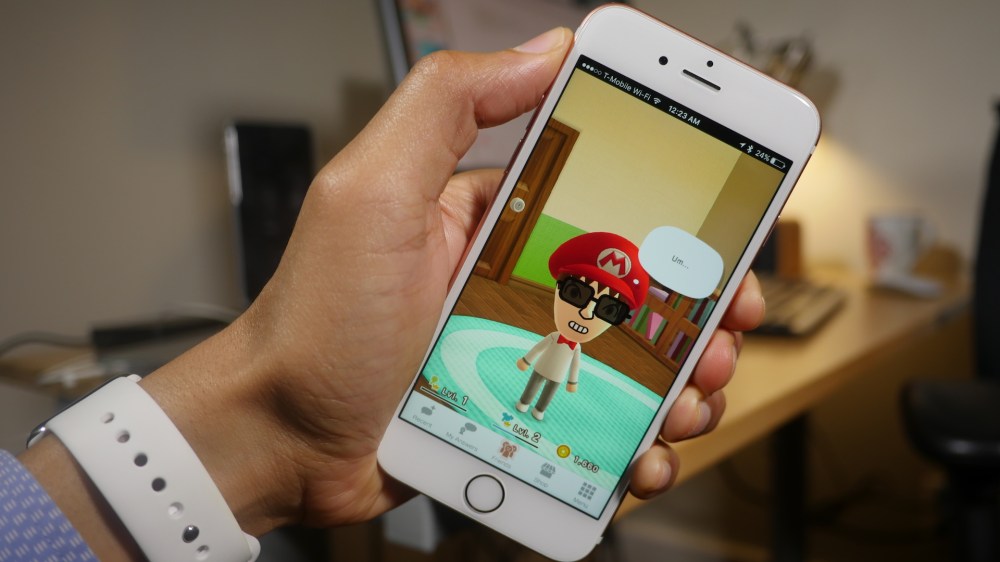 Nintendo, which only just recently released its first game for iOS, is looking to continue its efforts on the platform. Speaking at the company’s annual general shareholder meeting, Nintendo’s general manager of entertainment planning and development, Shinya Takahashi, explained that the company is looking to dedicate a large portion of its resources to smartphones and tablets (via Polygon).

Takahashi said that one area Nintendo is looking to invest in specifically is physical controllers for smartphones and tablets. Of course, a variety of third-party controllers already exist for iPhone and iPad, but Nintendo throwing its hat into the ring could allow it to develop specifically for its own controllers.

Essentially, what Nintendo wants to do is build action games for mobile devices and it has to decide if the games would be better with a physical controller:

“Physical controllers for smart device applications are available in the market and it is possible that we may also develop something new by ourselves,” Takahashi said. “I believe Nintendo’s way of thinking is to look at whether action games are really not impossible (without a physical controller for smart device applications) to create and how we can make it happen to create such a game.”

Additionally, Nintendo president Tatsumi Kimishima noted that the company will continue to invest in the software side of gaming on iOS. In March, Nintendo released its social lifestyle game Miitomo for iOS in partnership with Japanese company DeNA, but the two companies have more in the pipeline, with Kimishima teasing that they plan to release “various projects in the future.”

Nintendo has already confirmed that it is planning to release five mobile titles by March. One is Miitomo, one is based on Aminal Crossing, and another is based on Fire Emblem. There are still two that are unknown at this point.

Nintendo taking the smartphone and tablet gaming industry serious has been a long time coming. Users have often called for the company to bring franchises like Mario to iOS, but up until recently the company has been committed to its own hardware.

What would you like to see Nintendo do in the mobile market? Would you be interested in a Nintendo-branded controller? Let us know in the comments.