Here are the winners of the 9th annual iPhone Photography Awards 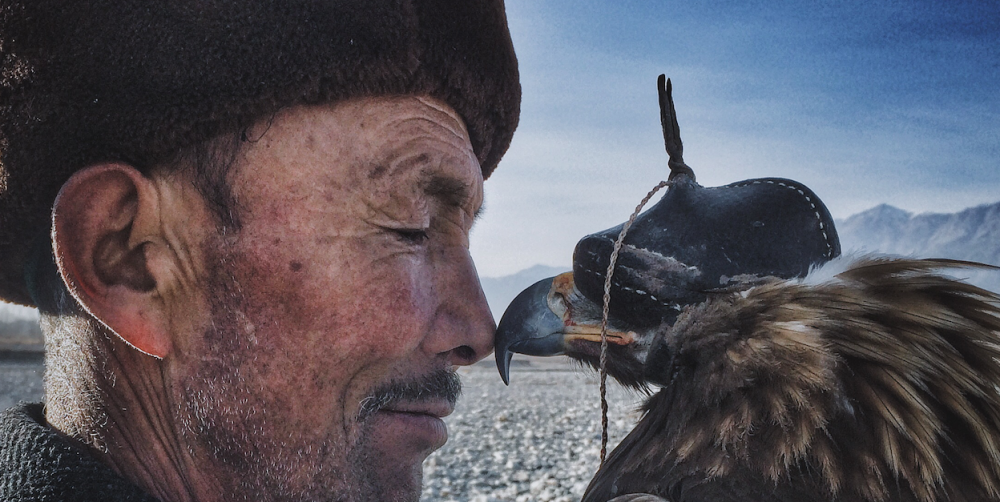 The annual iPhone Photography Awards have recognized the top images taken with an iPhone as well as the top iPhone photographers for the last 9 years, and now this year’s winners have been unveiled. This year, “thousands” of images were submitted from photographers across 139 countries, but the grand price went to Chinese photographer Siyuan Niu for an image he called “Man and the Eagle.”

According to Niu, the image depicts a 70-year-old man that is normally “rigid and solemn,” but when he’s with his “beloved eagle,” things are different. The picture was taken in the Tianshan Mountains. Niu resides in the Xinjiang Province.

Interestingly, Niu told TIME that the image was taken with an iPhone 5S and post processed on Snapsneed after a VSCO filter was applied.

“The brave and wise Khalkhas live along the mountains in the south of Xinjiang and are companions with the eagles. They regard eagles as their children and train them for many years to hunt. This 70 year old man is rigid and solemn in front of family and friends, but when he is with his beloved eagle, the corner of his mouth would curve up.

When the eagles reach mating age, although he is very reluctant, the man releases the eagles back into nature so that they can thrive. A mild heart and exquisite love are covered by his weather-beaten face. He is a tough man with a tender heart.”

The next award went to Patryk Kuleta from Warsaw, Poland for his photo “Modern Cathedrals,” which depicts “architecture in a completely different way” and combines Kuleta’s background in graphic design and and painting.

All photos entered in the iPhone Photography Awards must be taken with an iPhone and cannot be modified using any desktop editing software, although iPhone editing apps are allowed, as are add-on iPhone lenses.

Below are a few more of this year’s winning images, while all winners can be found on the IPPAwards website. The awards come as Apple is continuing to invest in its award-winning Shot on iPhone campaign, which highlights images taken by iPhone users. Let us know what you think in the comments.