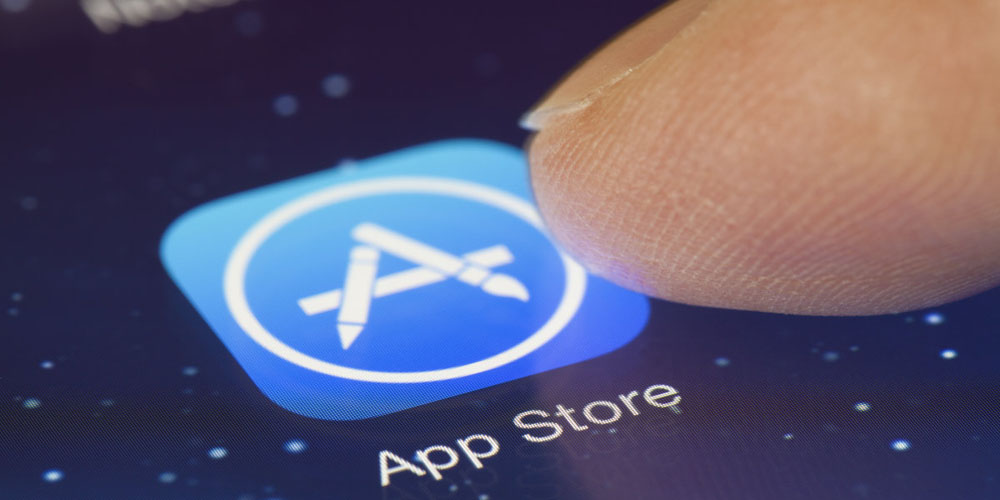 App analytics company App Annie is today out with a new report concerning the second quarter of 2016. At the beginning of this year, we covered the firm’s wrap-up report for 2015, noting that Apple’s App Store brought in 75% more revenue than the Play Store, despite a large difference in downloads. Now, the gap has gotten even bigger as the App Store continues to grow.

According App Annie’s Q2 report, the App Store now brings in 100 percent more revenue than the Play Store, despite the Play Store seeing twice the number of indexed downloads as the App Store. Apple’s continued growth in App Store revenue compared to Google Play comes as Apple is looking to market itself more as a services company to investors amid slowing hardware sales, which was a common trend of the company’s earnings call last quarter.

Next, today’s report shows that China is continuing to experience “explosive” growth in terms of app usage. In fact, China surpassed the United States to become the #1 country by revenue from the Games category in the iOS App Store. Games as a category accounted for 75 percent of global iOS revenue, so China leading in revenue is notable for both the country and Apple. 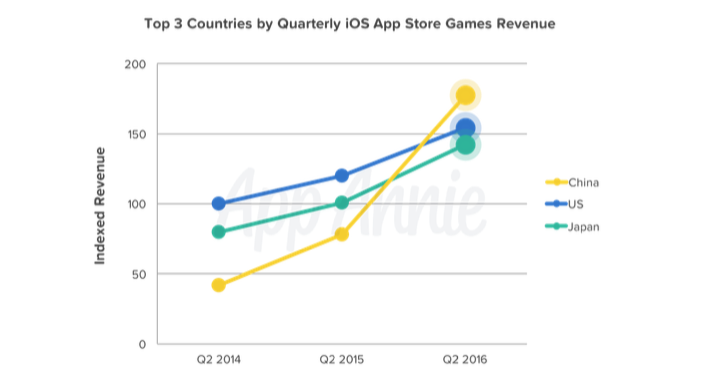 Japan continues to inch closer to overtaking the United States in terms of revenue from the Games category, but for now America holds strong in the second spot. App Annie predicts, however, that China will soon overtake in total app revenues, not just from the Games category. This is also notable, however, because Google Play is not currently operational in China, despite Google’s wishes for it to be.

Interestingly, today’s report also shows that while Music and Video apps are growing rapidly on iOS, growth remains stagnant on Android. Growth of app subscriptions, like Netflix, HBO, and Spotify, will only continue to increase in the future, with App Annie predicting that Apple’s recent changes to its subscription model will encourage more subscribers and developers alike. 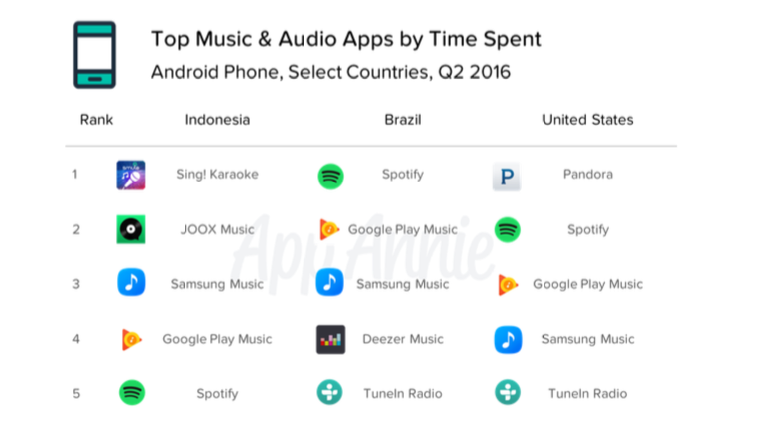 Spotify, according to the data, led for worldwide revenue combined from both iOS and Android, though Pandora still leads Spotify in terms of usage in the United States. This comes after Spotify criticized how Apple handles subscriptions on iOS.

Finally, App Annie notes that the time users spend in apps is also increasing rapidly. Since 2014, the time spent in app has nearly doubled. “As our lives become more mobile enabled, apps are at the center of our daily operations,” the firm says. Looking into the future, App Annie expects the app market to reach $102 billion by 2020, nearly doubling the $52 billion of 2016. The firm attributes much of this to continued growth in China, as well as emerging economies like India, Brazil, and Argentina. 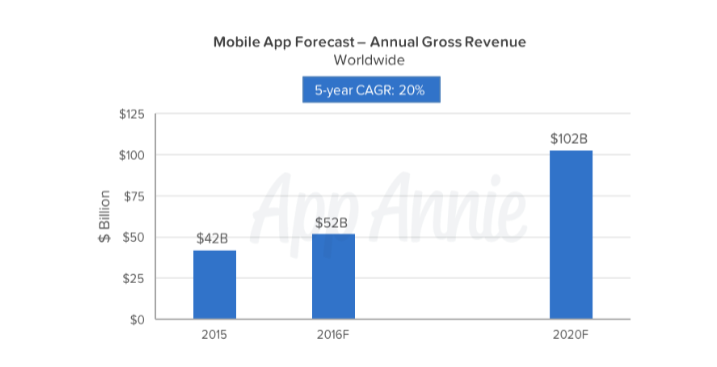 The continued growth of apps and subscriptions is great news for Apple. With Apple Music growing faster during its first year of availability than any other subscription music service and the App Store continuing to outpace Google Play, Apple’s slowed hardware growth should be less of a worry to investors.

Apple is set to announce its earnings for last quarter on July 26th, and we’ll have full coverage.