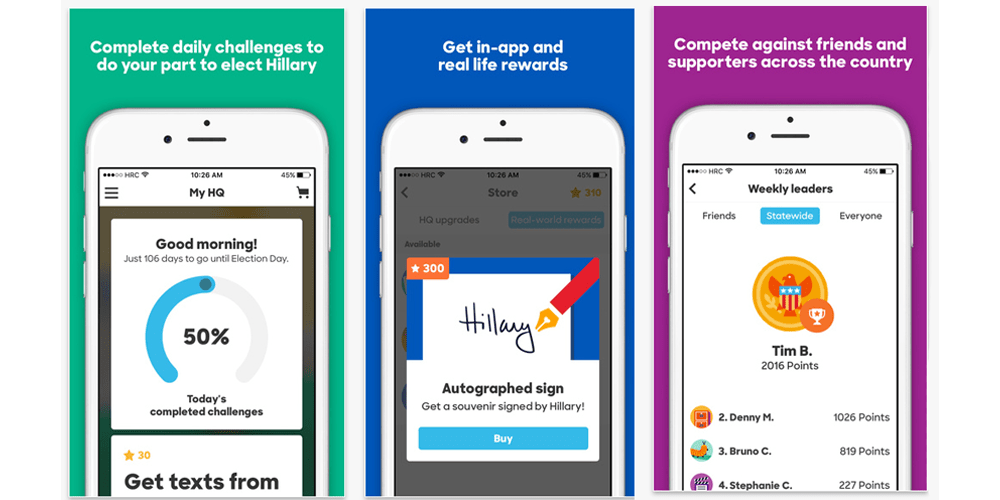 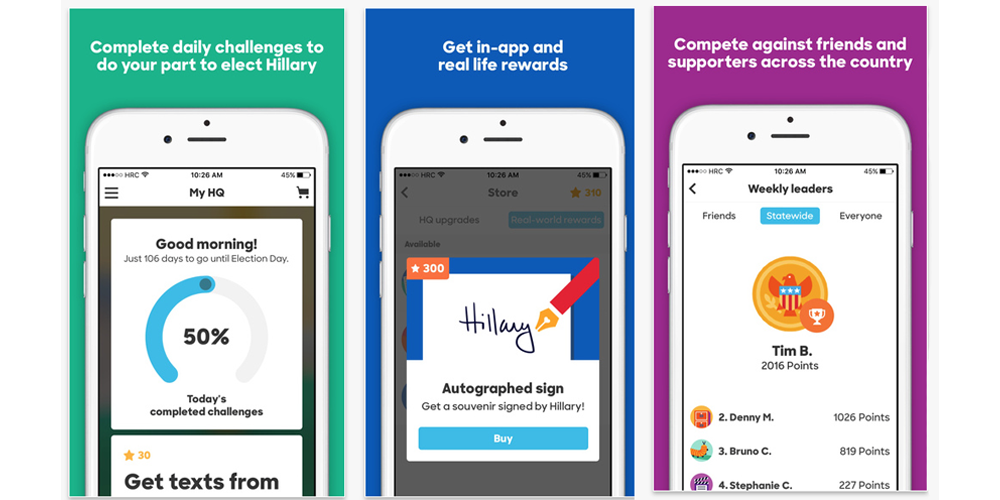 Seems there’s nothing that can’t be turned into an iPhone game these days – including playing your part to help Hillary Clinton get elected, should that be your thing. Hillary 2016 is an app released last night by the Hillary for America campaign.

The only thing standing between Donald Trump and the presidency is us. Download the new Hillary 2016 app to take small actions every day that’ll add up to helping win this election—and make history. Test your knowledge, get special access, and compete against your friends (and Hillary supporters across the country!) to do the most good.

The gamification aspect provides ‘daily challenges’ which offer digital and real-life rewards, and allow Clinton supporters to compete against their friends …

Challenges include quizzes to test your knowledge of party policies, attending local events and inviting friends to participate, with real-life rewards including things like autographed souvenirs.

The app appears to have proven popular with supporters, already notching up 480 5-star reviews, one of them describing it as ‘Fitbit for politics.’

The campaign seems to think there’s a correlation between Democrats and iPhone owners: although Re/code notes that an Android version is in the works, it’s currently iOS-only. Hillary 2016 is a free download from iTunes.