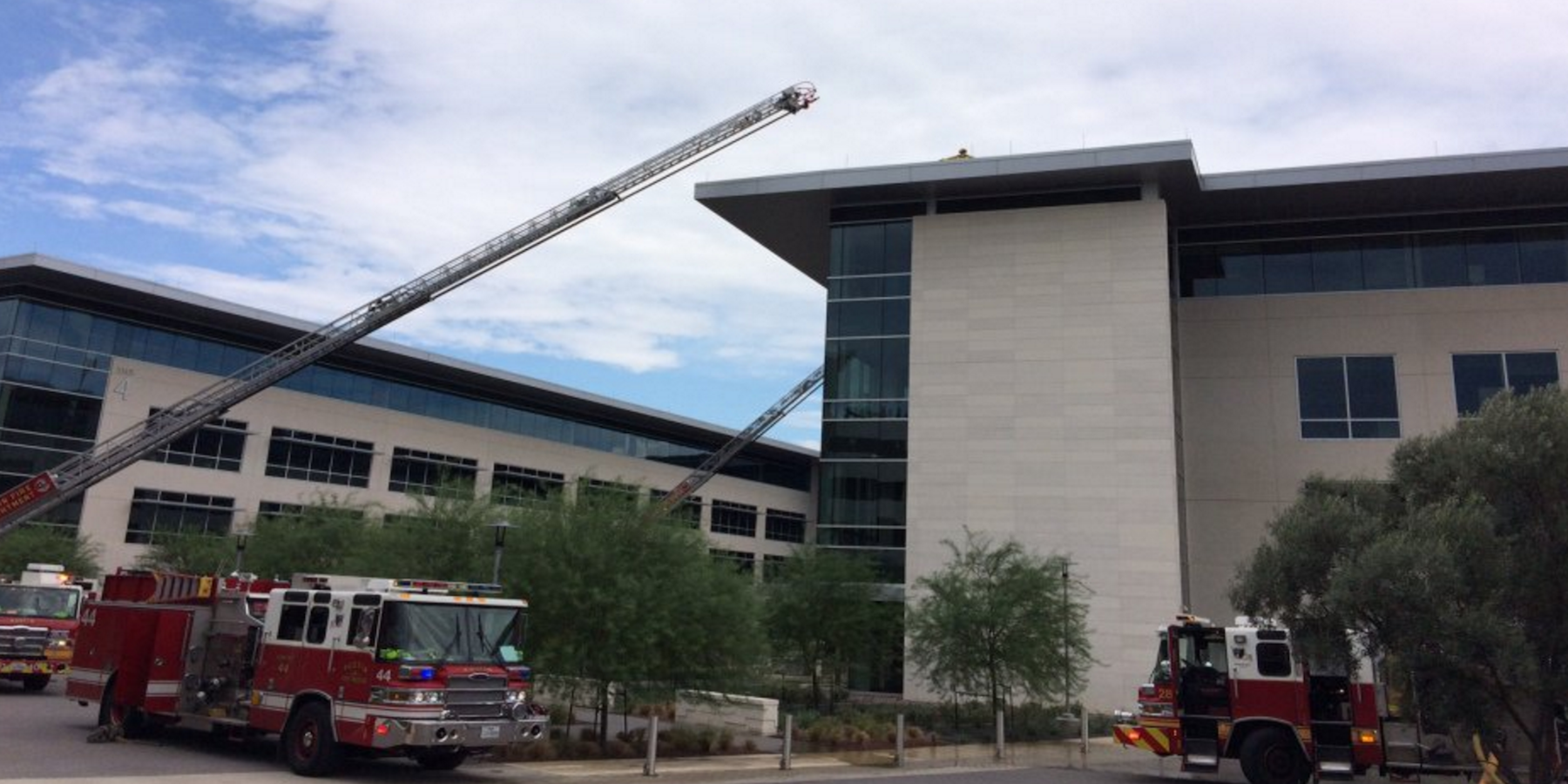 Apple this afternoon evacuated employees from a building at its Austin, Texas campus briefly due to a fire located on the roof, according to several local and reader reports.

Local KXAN News reported that solar panels on the roof of offices at 5500 block of West Parmer Lane were the cause of the fire.

The Austin Fire Department later confirmed the fire was extinguished and that employees, none of which reported injuries, were waiting to return to the building.

The Apple campus in Austin was constructed a couple of years back and serves as the company’s operations center in the U.S. housing mostly administrative and support positions.