The 9to5Mac team’s favorite wireless headphones for the iPhone 7 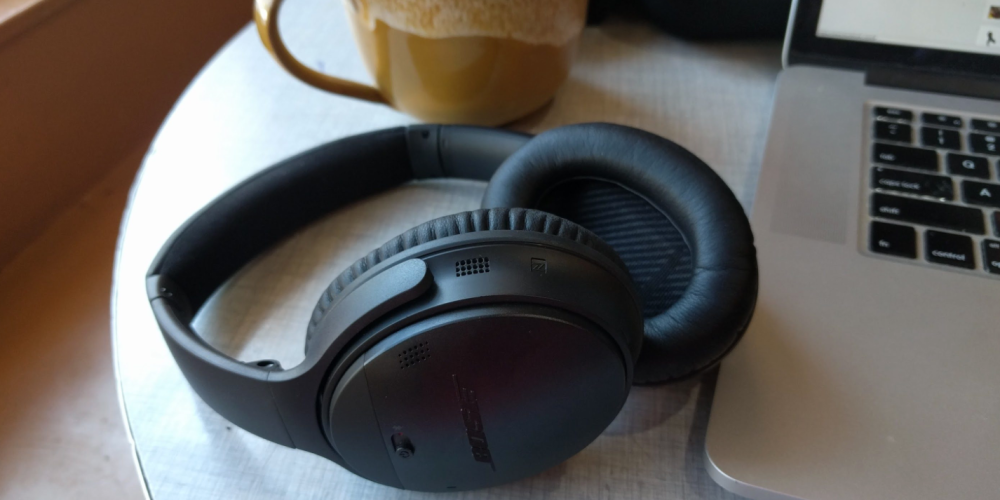 Without a doubt the biggest consumer-facing news from Apple’s September event yesterday was the removal of the iPhone’s headphone jack. This “courageous” move is seen to help push forward wireless audio technology, all the while giving Apple a few more millimeters to work with in the device’s internals.

Not without controversy, this decision does mean leaving a lot of wired headphones in the dust. Not everyone will find the AirPods, expected in October, the default choice and we figured this would be a good time as any to roundup the 9to5Mac team’s opinions on their current favorite pair (or 2) of wireless headphones. Take a look through and be sure to share your current favorite wireless audio options in the comments.

I’m in the “sad to see the 3.5mm jack go” camp but we’ve known for months that this was going to happen so I’ve been doing a lot of testing of wireless options. I’ve never loved the sound of Beats wireless headphones but truthfully, I haven’t tested the ones Apple announced yesterday.

My current favorites are the Bose Quiet Comfort 35s that I reviewed 2 months ago ($349 at Amazon). The sound is perfect for me, they connect via Bluetooth 4 and have a great voice status update whenever activated. They last all day, are super comfortable on my head and have a premium feel.  For me, the noise cancellation is the game changer however and everything else doesn’t compare. 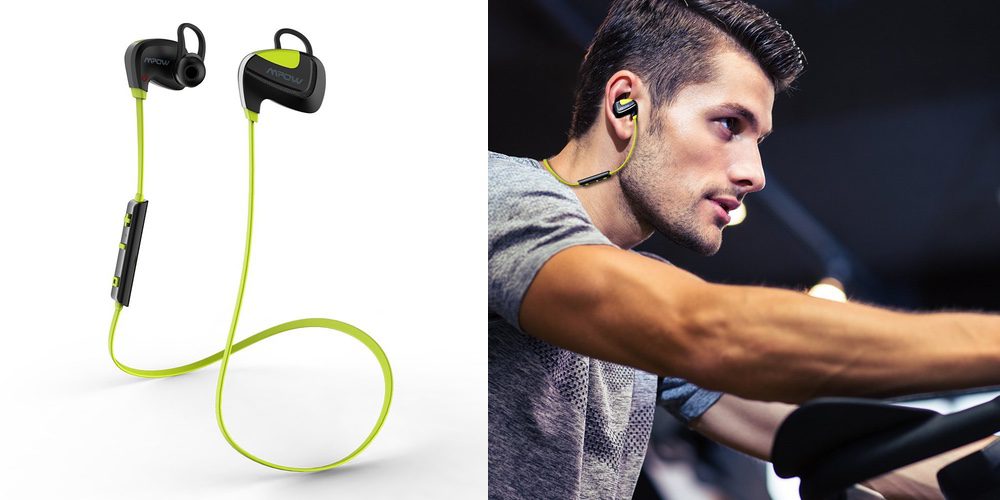 The downside to the Bose QC35s are that they are heavy and hot for doing exercise or even mowing the lawn (though they do surreally cut out the engine noise). Here, again, there is no way those AirPods or Bragi Dashes would stay in my ears so I use a cheap $13 Chinese Amazon wireless which sound OK but usually last a few months before I lose or break them. That being said, I ‘hear’ great things about Jaybirds and Bose Soundsports.

Count me in the camp that is glad to see the 3.5mm headphone jack go. Although I think that Apple’s claim of “courage” was a bit silly, I’m still happy to see advancements being made in this area. The idea of wireless headphones is great, but Bluetooth as a technology has not made the transition easy. As such, I’m extremely bullish on Apple’s new W1 wireless chip, and all of the advancement that it brings to the table with regard to connectivity.

But it’s very obvious that not everyone is a fan (shocker) of the first device to utilize the W1, Apple’s new wireless AirPods. The design is quite polarizing, and at $159, I understand why many would be hesitant to pony up that sort of cash. If you’re looking for a pair of headphones a little more “normal-looking” then I can recommend Beats’ PowerBeats 2 wireless headphones. Keep in mind that Apple has refreshed the PowerBeats and other Beats headphones to include the new W1 chip, but going for the older generation will save you at least $50.

I’m also a firm believer in purchasing a cheap pair of Bluetooth headphones just to kick around in. For example, I use Aukey’s EP-B20’s when performing tasks around the house like mowing the lawn. I’d never consider doing such work while using AirPods, but at only $17.99 on Amazon, I can afford to ill-treat these wireless headphones.

I’m right there alongside Jeff in being happy that the 3.5mm headphone jack is gone. I’m a firm believer that Apple won’t retract this decision, and instead trudge forward hoping the rest of the market follows through. While I don’t think wireless audio has gotten to a point where I’m completely happy, I do believe it’s gotten to a point where I’m complacent in the listening experience. Guessing that Apple was going to make a strong push towards their own true wireless earbuds, I’ve spent the past few months researching and testing a few different pairs.

My first pair, the imperfect Syllable D900s ($69 on Amazon), gave me a taste of what would eventually come of the technology. I quickly moved onto the Earin true wireless earbuds ($279.49 on Amazon), and I can say I’m a huge fan. Light-weight, compact, and feeling right at home in my ears, I can’t think of too many ways on how I would improve them further. (Keep an eye out for a lengthy review on them in the coming days.) 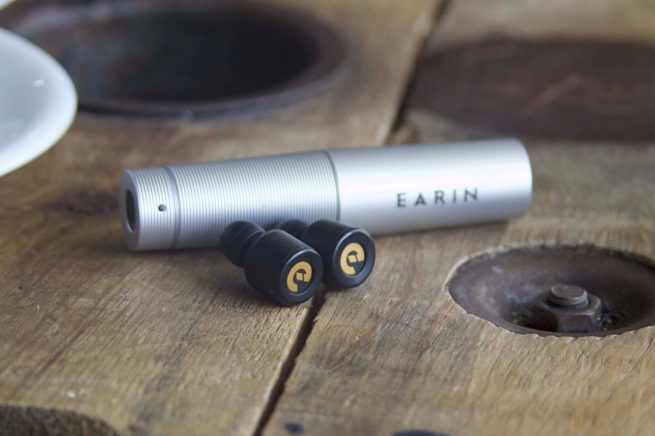 While I continue to test true wireless earbuds, I’ve still got my eye out for a pair of wireless headphones I find comforting. Unfortunately no matter which headphones I’ve used, all the headbands and ear-muffs end up giving my some sort of headache. I could never quite find the perfect fit, but I’ll continue to search around.

I lean in the direction of being okay with the headphone jack being gone, because I think that a wirelessly connected future really is the direction we’re headed. But I’m still disappointed that such a long-held and time-tested standard (read: a good standard) was just easily disposed of in the name of courage — especially from a historically music-friendly Apple. That said, at least the Cupertino company left us with a few options: use a dongle, use Bluetooth headphones, or buy into the improved AirPods experience.

I think many people will try the dongle, but will quickly realize that it’s annoying and eventually go with Bluetooth headphones for their daily listening (or, if they’re die-hards, buy the AirPods or some new Beats). It just so happens that I recently went on a brief search for some decent Bluetooth headphones, and since I’m a cheapskate, and generally don’t like earbuds, I have some over-the-head Bluetooth headsets to suggest. I picked up the Ausdom M04 headphones on sale last year for $30 (currently $46 shipped on Amazon), and I’ve been more than satisfied. They offer a pretty reliable connection, pair almost instantly when you power them on, and sound good enough for how much they cost.

Another recommendation I have — and this one is kind of different from the rest in this article — is the AfterShokz Trekz bone conduction headphones, available on Amazon for $130 shipped. That’s a lot more than the $40 Ausdoms, but these are a completely different breed. I’ve been using them for only about a week now, and have mostly good things to say — especially if you’re looking for Bluetooth headphones for running or biking. It can be dangerous in some situations to have your ears completely plugged, and these let you still hear the environment while still providing good sound quality. I’ll have more to say about these in a forthcoming review on 9to5Toys.

I’m not one for kicking and screaming when technology changes. You only get burned when you try to stick to the past. Eventually things break and are hard to replace or you end up with dongle after dongle and just look ridiculous. No thanks.

So I’ve gone through the stages of grief with the death of the headphone jack. I’ve counted maybe two times that I’ve used it on my iPhone 6s Plus since the story broke back in November. 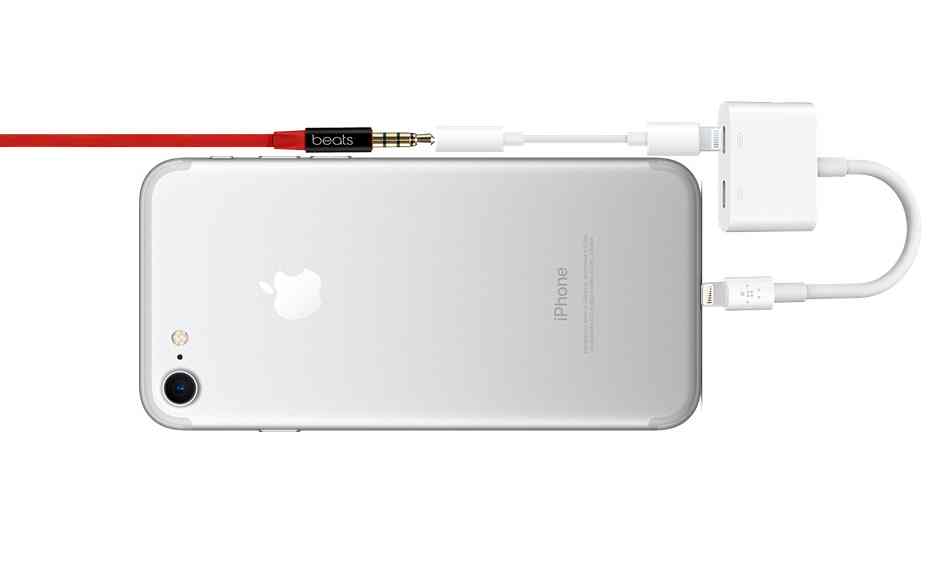 Every morning I work out with the (pricey but solid) Bose QC35’s ($349) while listening to music or watching a TV show on my iPad (which has a headphone jack!). The noise-cancelling feature is really impressive. My home office was noisier than usual over the summer when my wife and kid were out of daycare and college, but they were no match for the QC35s!

Over-ear headphones are too much for outdoor cycling which I also do regularly, though, and anything wired feels like an accident waiting to happen. I want exactly zero noice cancelling when I’m listening out for cars, too, so I currently just use the speaker on my iPhone to play podcasts or music.

I’d consider Apple’s upcoming AirPods ($159) if I knew they fit well, but EarPods that come with the iPhone hurt my ears after just a few minutes. Just people are saying that the AirPods are more comfortable so maybe that’s where I’ll land next month.

I do have a pair of these relatively inexpensive Jabra Bluetooth earbuds for using while running outdoors, but I’d probably recommend splurging on one of the upcoming pairs from Beats with the W1 chip for easy pairing and switching between iPhone and Apple Watch. PowerBeats3 replace the existing PowerBeats2 set but keep the microUSB port while the cheaper and new BeatsX also include the W1 and have Lightning.

I’ve already mostly made the transition to wireless Bluetooth headphones for use with my iPhone— the very popular Jaybird Freedom In-Ear Wireless earbuds are my current daily drivers—so I wasn’t fazed by iPhone 7 losing the 3.5mm headphone jack.

They aren’t the cheapest option at around $175, but they come in an extremely sleek package with premium sweat-proof metal earbuds that are smaller than most wired earbuds, Apple’s EarPods included. You get around 4 hours of battery life, but a small charging clip attaches to the built-in remote and mic to give you an extra 4hrs on the go. And they come with a large selection of foam and silicone tips and soft rubber ear fins.

While I’m ready for wireless headphones and iPhone 7, I’m not entirely ready to jump to truly wireless, cord-free headphones like some others. I’ve tested a few pairs—the Bragi Dash included— and the experience was far too half baked and not up to par with my Jaybirds to use on the daily. Not to mention the lack of a cord still seems more of an annoyance for my usage (Bragi and others sell a “leash” for that reason). I’m looking forward to testing Apple’s new AirPods when released in October— they don’t seem to be wowing too many people just yet— but I’ll be skipping the cord-free earbuds this time around.