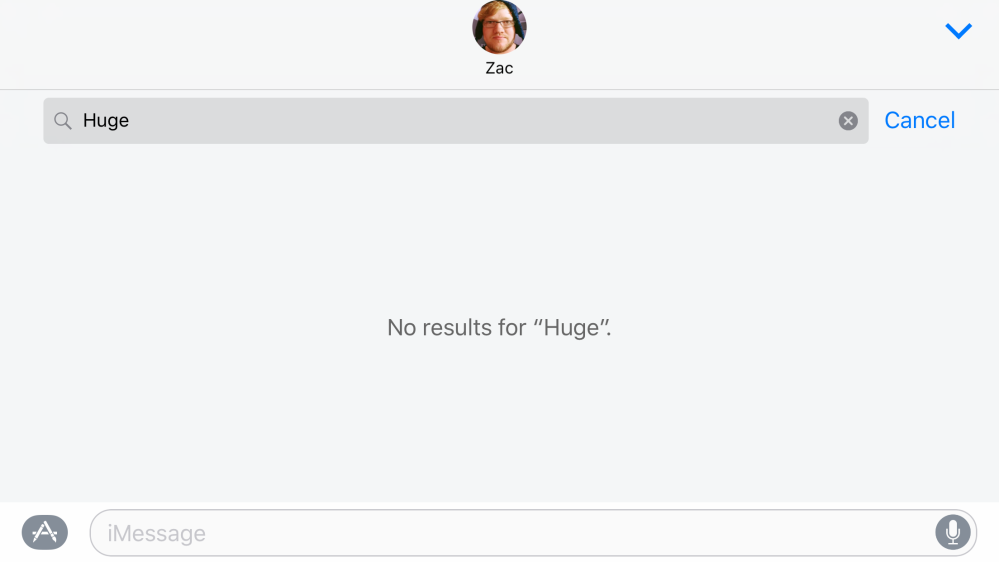 As Jeff detailed in his massive how-to earlier this week, the biggest changes in iOS 10 came with the all-new Messages app. One of the most highly-anticipated features was support for built-in GIF search, which pulls in GIFs from a variety of outside sources. As with any instance of pulling images in from third-party sources, there are bound to be a few inappropriate ones that slip through the cracks, and iOS 10’s GIF search is no different.

While Apple seemingly banned a variety of obviously NSFW terms from GIF search at the start, a handful of words with double meanings were still resulting in NSFW results. First noticed by Deadspin, Apple neglected to think of how words like “huge” could potentially return inappropriate results when pulling from third-party sources. Other words that still returned results, however, were far more obvious in their NSFW meaning, including “shlong” and “sideboob.”

Now that iOS 10 is available to the public, though, and these NSFW results have become noticed, Apple is frantically blocking any term from being searched that could potentially return an NSFW result. For instance, searching for “huge” no returns any results, while earlier it would return a plethora of images, some NSFW and some not. The more obvious terms such as “nipslip” and “futa” also now return no results.

It’s unclear at this point how Apple will fight to prevent NSFW results from appearing in iMessage’s GIF search. The company will likely attempt to work with the third-party sources of the images to block it, but that is likely easier said than done.