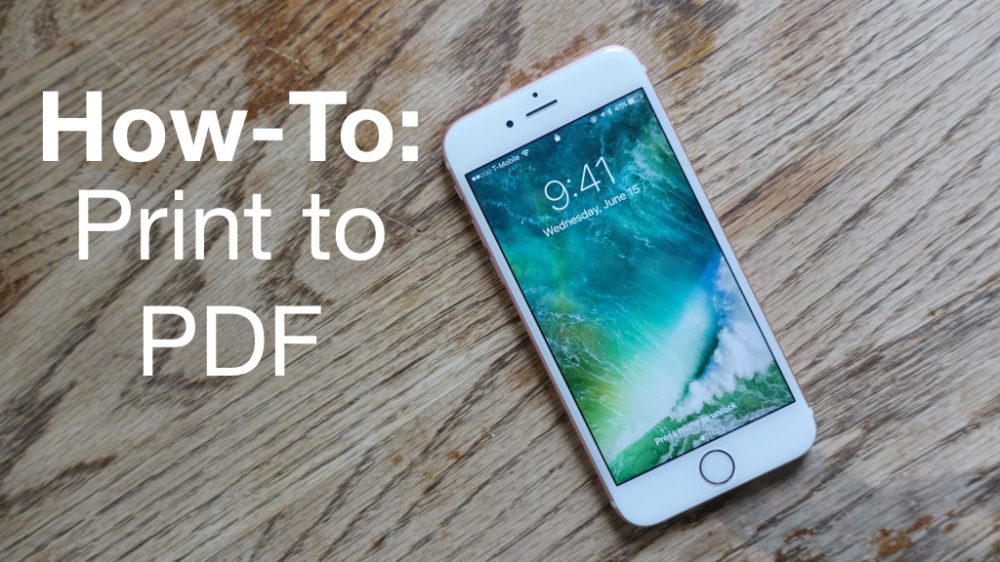 One of the few gripes I have with 3D Touch is that it’s not explicitly clear when you can use it throughout iOS to bring up more options. With iOS 10, 3D Touch has gained even more functionality, yet people are still discovering functionality that has seemingly been there, in some form, since iOS 9.

Something I’ve found myself having to do a lot recently is export various documents and webpages as PDFs. My process has always been to export the document into GoodNotes 4 and then share it via email or another method. Recently, however, a Reddit user pointed out that by using 3D Touch, this process is significantly easier…

Essentially, using 3D Touch allows me to export anything that is able to be printed from iOS as a PDF with the “Print to PDF” function that has been present on desktops for years. Want to try it for yourself? Use the steps below…

Note: If you’re using an iPad or other device without 3D Touch, steps 4 and 5 can be replicated by pinching and zooming on the document preview.

While there has been a roundabout way to export emails as PDFs since iOS 9, iOS 10 brings the functionality to other areas within the operating system and also brings it to non-3D Touch devices. As we detailed earlier this year, iOS 10 brings a handful of new features to iOS’s printing functionality, including multi-user and password only printing, AirPrint Bluetooth Beacon, and more.

Try the new feature out for yourself and let us know how it goes in the comments.