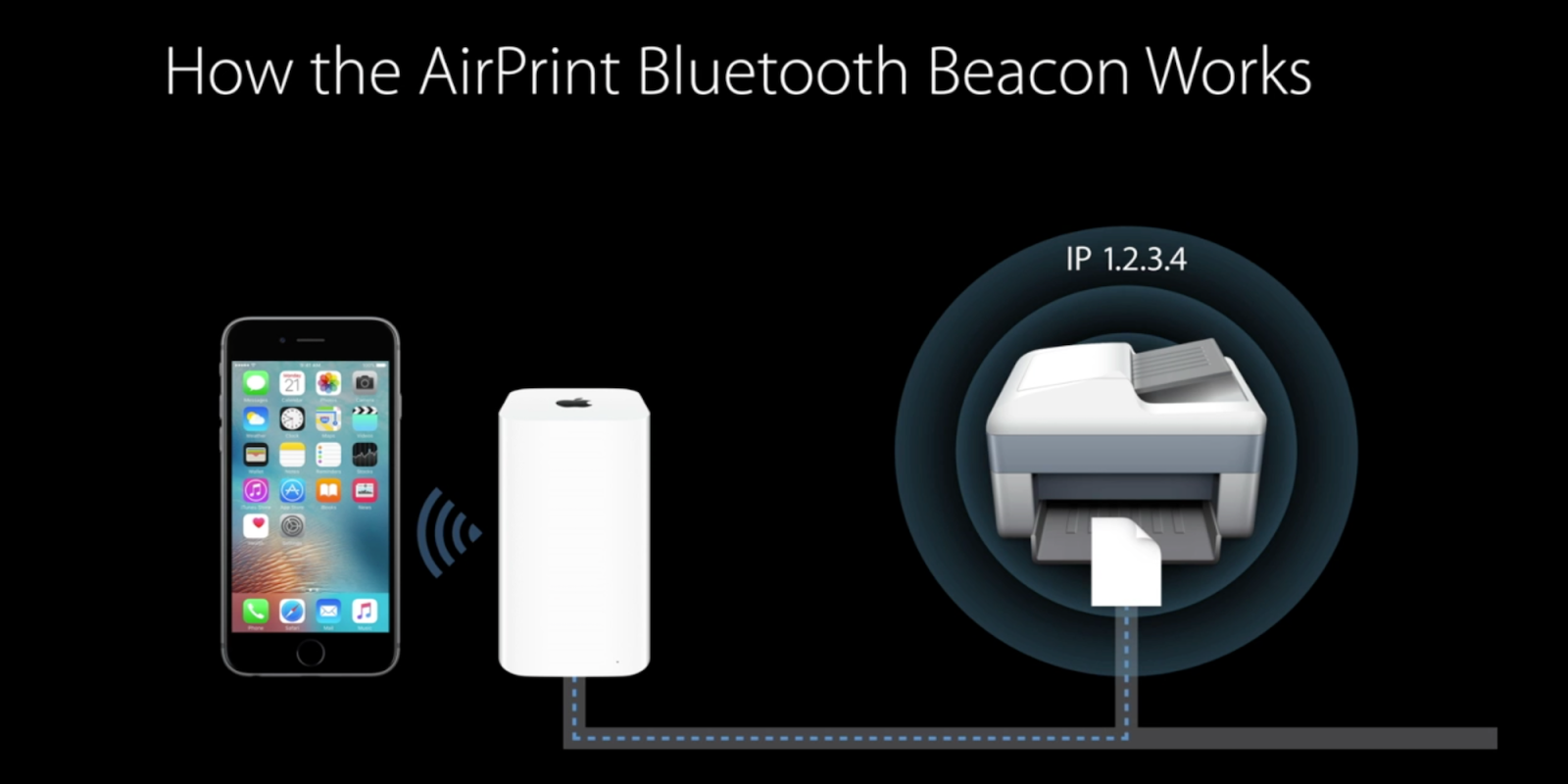 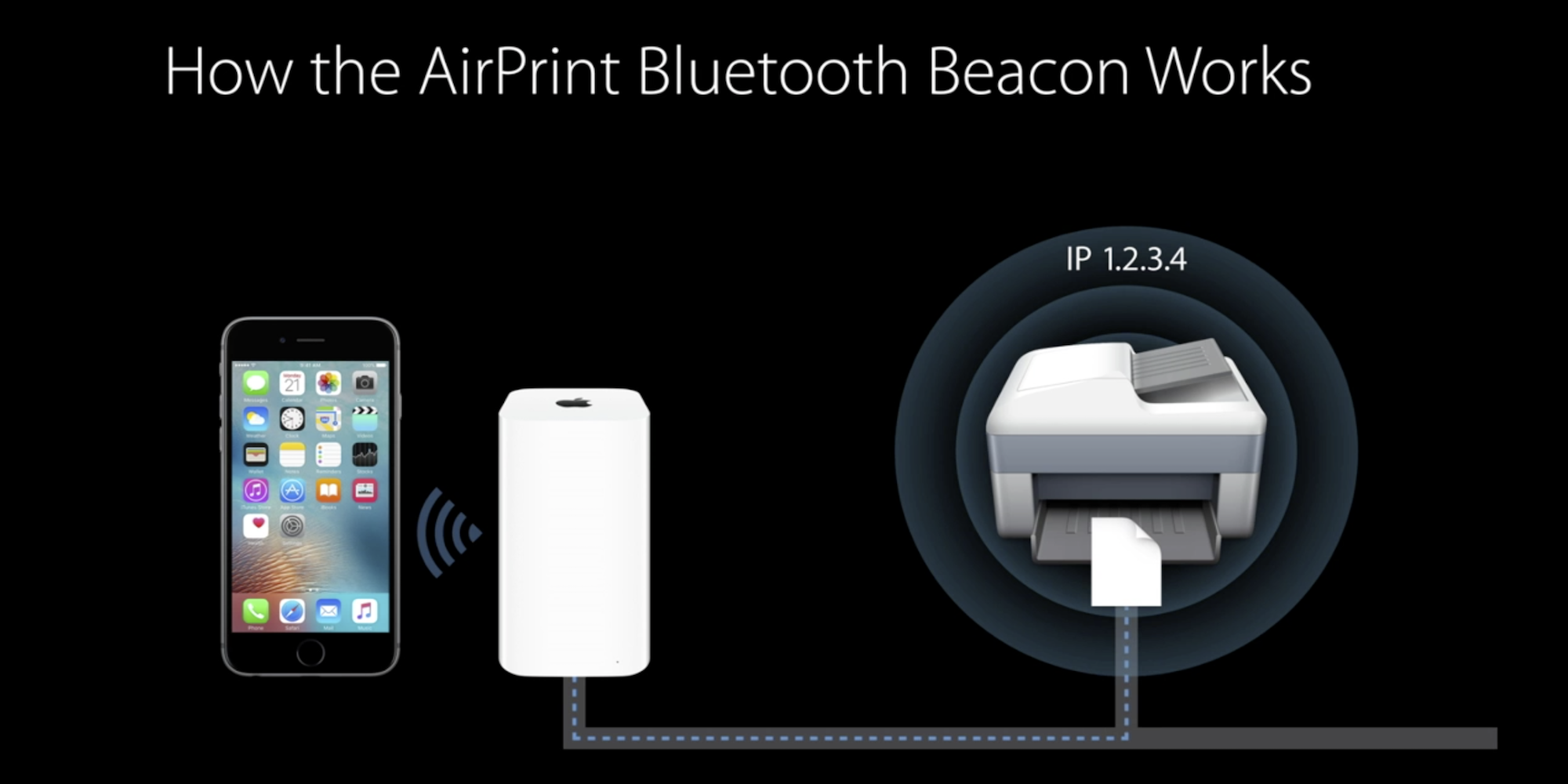 New in iOS 10 and macOS Sierra, Apple’s AirPrint is getting some welcomed improvements including ‘AirPrint Bluetooth Beacon’, the ability to create PDFs from the print panel in iOS, and support for multi-user and password-only printing.

For the new AirPrint Bluetooth Beacon feature, Apple is using its Bluetooth beacon technology similar to its iBeacon platform to allow for more reliable wireless connection to printers from iOS devices. The feature can be configured using many of the third-party Bluetooth beacons on the market and Apple said the feature would be built-in to future AirPrint-enabled printers sold by partners. Once set up, the beacon sends out the connection information, which Apple says helps avoid any network complexities by allowing a connection to an iPhone so long as it’s in range of the beacon and an IP address is reachable. It can also be set up to work with print servers with each printer on network having a beacon advertising the server’s IP address.

Also new in iOS 10, you’ll now be able to create a PDF from the print panel much like you have long been able to do on the Mac. After selecting Print, you can access the feature by pinching out from the print preview screen with two fingers and hitting the share menu in the upper right corner (or use peek and pop with 3D Touch instead of pinching). Any app that can accept PDF sharing will be under the share menu and you can send your newly created PDF from there.

With AirPrint there is already support for username/password protected printing and Apple stores that info in the keychain. With iOS 10 you’ll be able to forget that information to allow for multi-user printing setups on a single device and you can also now do password-only printing without the need for a username in both iOS 10 and macOS Sierra.

Catch up with our other iOS 10 and WWDC coverage below: