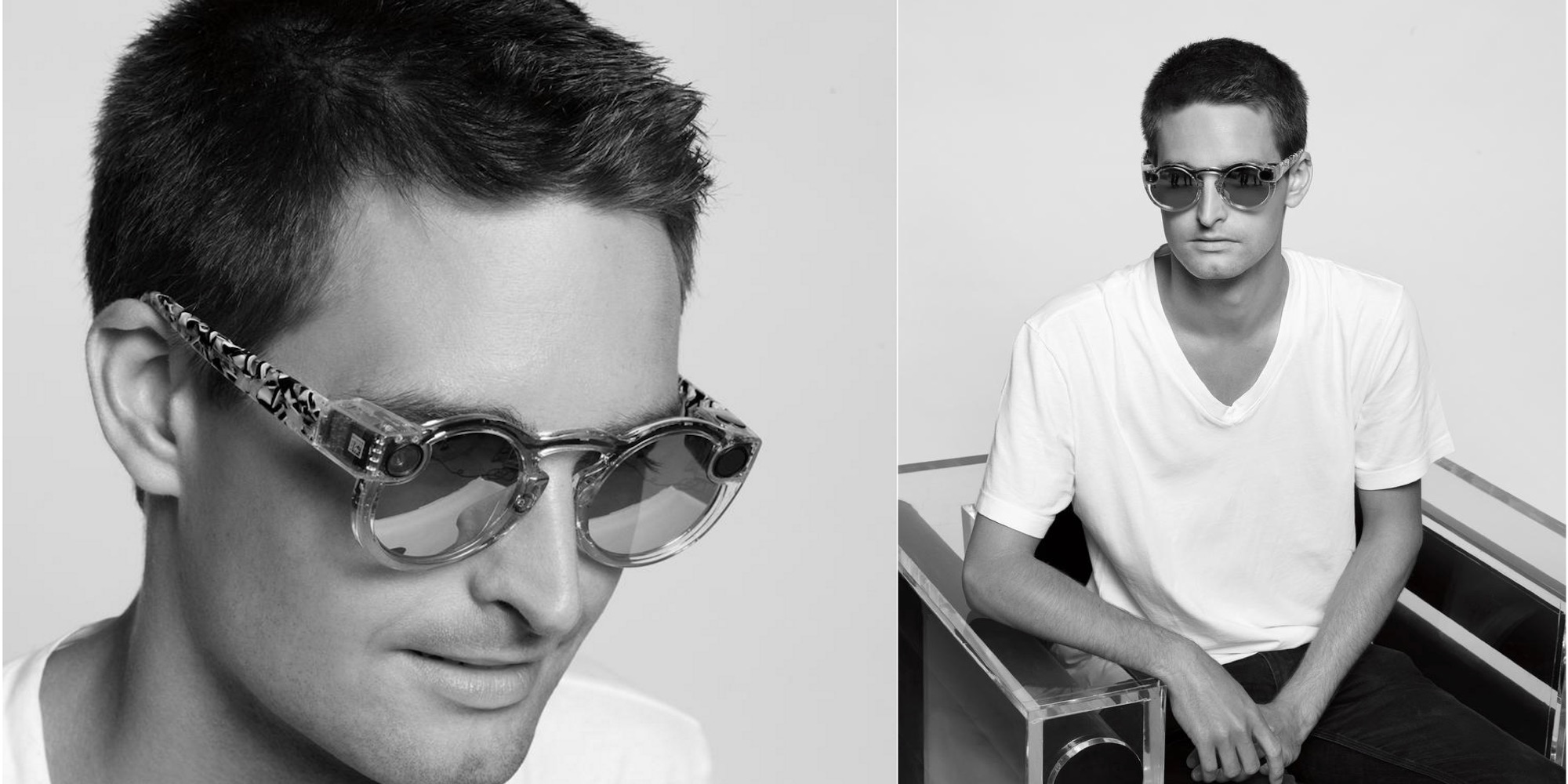 Snap Inc. CEO Evan Spiegel announced a new set of ‘spectacles’ for the company’s hundreds of millions of young users, in a piece in the WSJ magazine this evening. Coming in at $129, these stereoscopic glasses will, at least initially, take 10 seconds of rounded video (Spiegel argues that the rectangle shape is inherited from the paper photo printing process) and store it wirelessly on your iPhone or Android device for easy sharing.

Now, I still haven’t quite wrapped my head around Snapchat (as it were), so these Spectacles certainly are head scratchers…

What initially appears to be a normal pair of sunglasses turns out to be Spectacles, the first hardware product from Snap Inc., as the firm has been newly christened (Spiegel is refreshing the company name because its offerings now go beyond the Snapchat app). When you slip Spectacles on and tap a button near the hinge, it records up to 10 seconds of video from your first-person vantage. Each new tap records another clip.

Another Google Glass? Not quite. Spiegel makes a pretty good use case:

He remembers testing a prototype in early 2015 while hiking with his fiancée, supermodel Miranda Kerr. “It was our first vacation, and we went to Big Sur for a day or two. We were walking through the woods, stepping over logs, looking up at the beautiful trees. And when I got the footage back and watched it, I could see my own memory, through my own eyes—it was unbelievable. It’s one thing to see images of an experience you had, but it’s another thing to have an experience of the experience. It was the closest I’d ever come to feeling like I was there again.”

An apparent 180 from Snapchat’s original function, Spectacles create media in order to remember, not to forget.