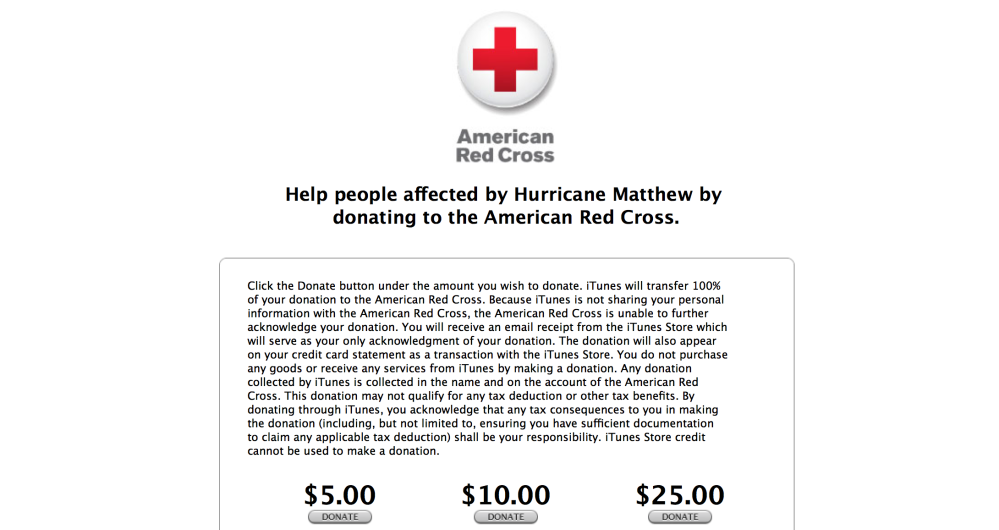 As it has done for other causes in the past, Apple today launched a Red Cross donation program to benefit those facing the death and destruction of Hurricane Matthew. Via iTunes and the App Store, Apple is collecting donations in the denominations of $5, $10, $25, $50, $100, and $200.

“Help people affected by Hurricane Matthew by donating to the American Red Cross,” Apple writes in iTunes. The company also says that 100 percent of all money pledged will be sent to the Red Cross, with Apple itself not taking any sort of cut.

The donations are being accepted via iTunes and the App Store on both iOS devices and computers. Apple is promoting the program with links on the main pages for both stores. Apple notes that the only record you will receive for this donation is a receipt via email, which will allow for the donation to tax-deductible.

If you would like to donate, you can do so via iTunes here.