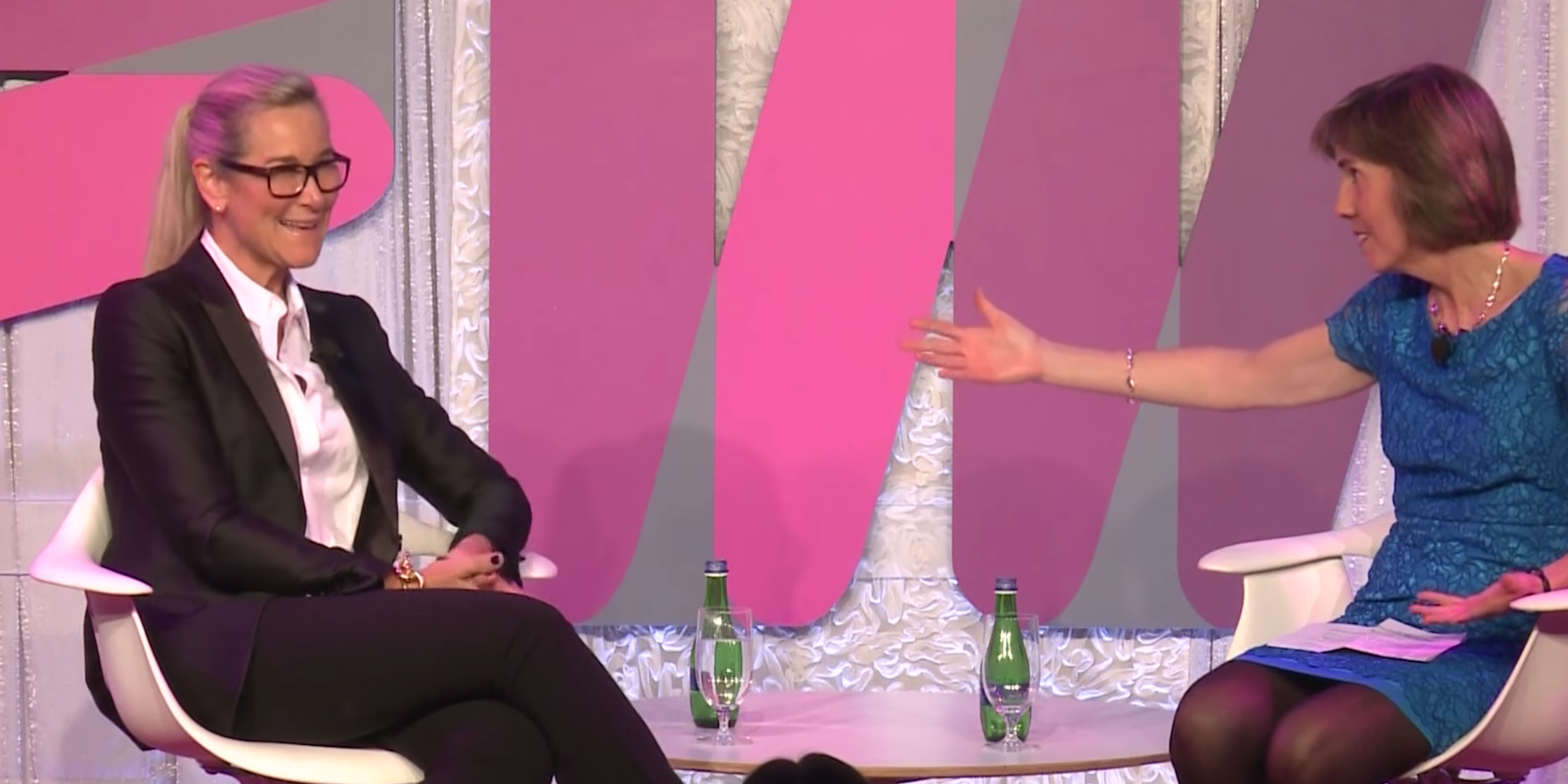 Apple’s Senior Vice President of Retail Angela Ahrendts sat down for a 25-minute plus interview at Fortune’s Most Powerful Women Summit last night and during the appearance shared some interesting upcoming retail news for the company.

While discussing how she joined Apple, including that it was her idea initially to merge both retail and online, Ahrendts also shared some new details about Apple’s recent store redesigns and upcoming initiatives.

Highlighting the newly updated store design which first debuted in mass at the San Francisco Union Square location, Angela noted that Apple expects to have 95 stores converted to the new design by the end of the year. The updated store design creates several new positions including a ‘Creative Pro’ job that she described as a Genius position for services, and it also adds new areas to the store layout that focus on making them town square-like hubs for the community. The most recent to get renovated was Apple’s Regent Street location.

In addition, Ahrendts revealed that Apple plans to start a new curriculum for Swift– Apple’s programming language– that will see it teach kids to code three times a day free of charge at Apple stores beginning next year.

The new Apple Store designs will also play host to other regular community events, Ahrendts noted. One is a new “Teachers Tuesday” initiative currently being piloted at Apple Union Square in which the employees spend time helping teachers with anything they need in the classroom. Angela noted in the interview that the event has been popular with 78 teachers participating during a single day:

“One of the things we’ll turn on next year as we turn on these stores is a Swift curriculum… we will teach kids to code, three times a day, free of charge whenever their parents can bring them in…. and there’s p[programming for teachers… we’ve been piloting something in Union Square something we call Teacher Tuesdays… the team will do nothing but spend their time helping them… last Tuesday 78 teachers showed up.

Angela discussed other interesting Apple retail related tidbits in the interview, including the fact that Apple has an 87% retention rate for retail staff versus an industry average of 20%.

Check out the rest of the interview with Ahrendts below: