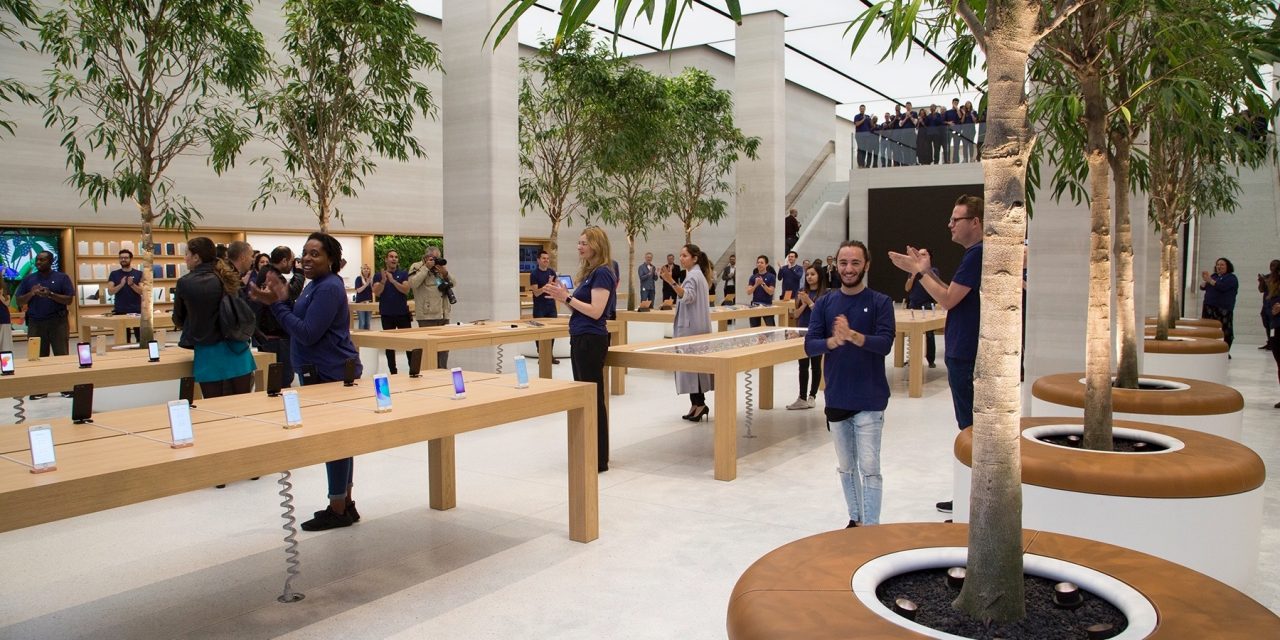 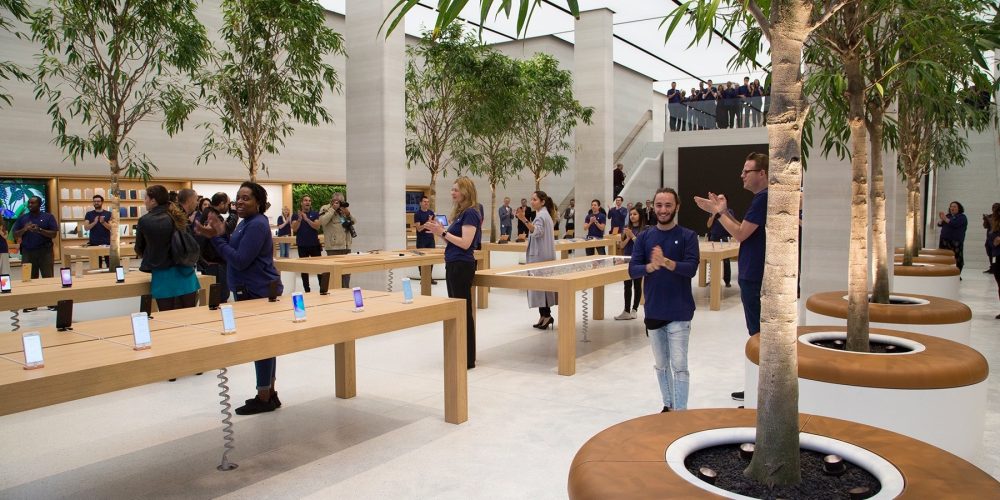 The Regent Street Apple Store has been closed for many months as it was undergoing major refurbishment works to modernize the interior. Apple has finally completed the work and the new store will be open to the public on Saturday, October 15. The press got an early look at the new appearance, as shown by these photos via Engadget. The glass staircase and most of the first floor have been removed to create a dramatic double-height “grand hall” replete with green trees bathed in natural light.

The redesign brings the Regent Store appearance in line with the ‘next generation’ stores already seen in some US locations, created by Jony Ive and team. Sadly, the iconic glass staircase has had to go — customers can now use one of two stairs made from Italian stone …

The redesign in Regent Street is as you would expect, if you have already seen the new look stores elsewhere. There are twelve real planted trees for decoration around the product tables demoing iPhones, iPads, Apple Watches and MacBooks.

Construction work on the new store took an incredibly long time; it appears this was all in service of bringing more natural light into the building. Apple has removed the outward-facing logos from the side of the store, to let light flood in through the windows.

From the pavement, a single central flag bears the Apple logo. The removal of much of the raised first floor also helps make the store feel spacious and inviting — this is actually a significant decision as it means upper floor space has actually been reduced.

The store is meant to feel airy and light. It looks great in this press tour but perhaps the effect will be lost when the store is flooded with real customers.

Apple Watch bands and other accessories are on display in cabinets that are inset into the walls of the store. There’s even some panels of foliage for additional greenery. There is also a video wall that is flanked by the staircases that lead upstairs. The upstairs section is filled with “Creative Pros” employees that teach customers about how to use their iOS devices and Mac for productivity and creative workflows.

Apple told press that some elements of these stores will be mirrored in the company’s new spaceship campus, opening in 2017. If you want to check out the new London store, make your way to Regents Street on Saturday for the store’s “grand reopening” at 10 AM.