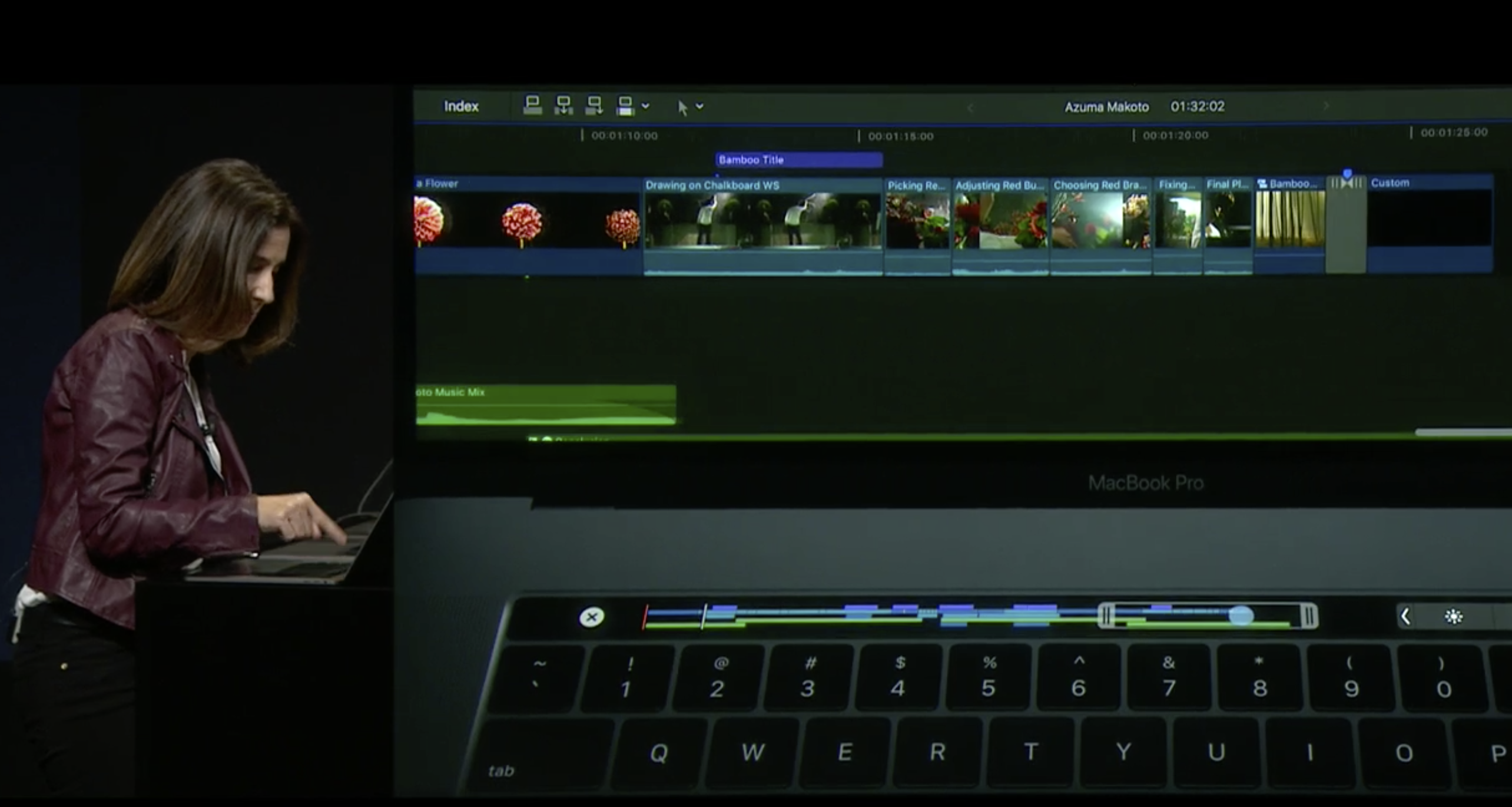 After accidentally leaking the existence of Final Cut Pro 10.3 on its trial website, Apple has officially unveiled the updated release at today’s Hello, Again MacBook Pro keynote. The update, which will available to download today on the Mac App Store, adds support for the Touch Bar in the just-announced 13″ and 15″ MacBook Pro. The update also brings refinements to the app’s revolutionary Magic Timeline.

Apple’s Susan Prescott demonstrated editing a project timeline via the Touch Bar with timeline displays, and contextual controls. Users will be able to move about the timeline, trim clips, adjust waveform volume, and much more.

The Magnetic Timeline, a staple of the redesigned Final Cut Pro X, has been updated as well:

With the new Magnetic Timeline in Final Cut Pro X, users can understand their film at a glance with customizable arrangement and color coding of audio clips based on type or “role” — such as dialogue, music and effects. It’s simple to create and assign roles, and give each one a unique color. And in a first for pro video software, users can simply drag to instantly rearrange the vertical layout of their timeline or highlight specific audio roles while editing.

Apple’s entry-level iMovie app has been updated (version 10.1.3) as well. It comes with the following changes:

The Touch Bar and Magnetic Timeline features sound great, but I’m seriously excited about the new flow transition feature, as my videos tend to incorporate lots of jump cuts. What do you think about Final Cut Pro X 10.3?