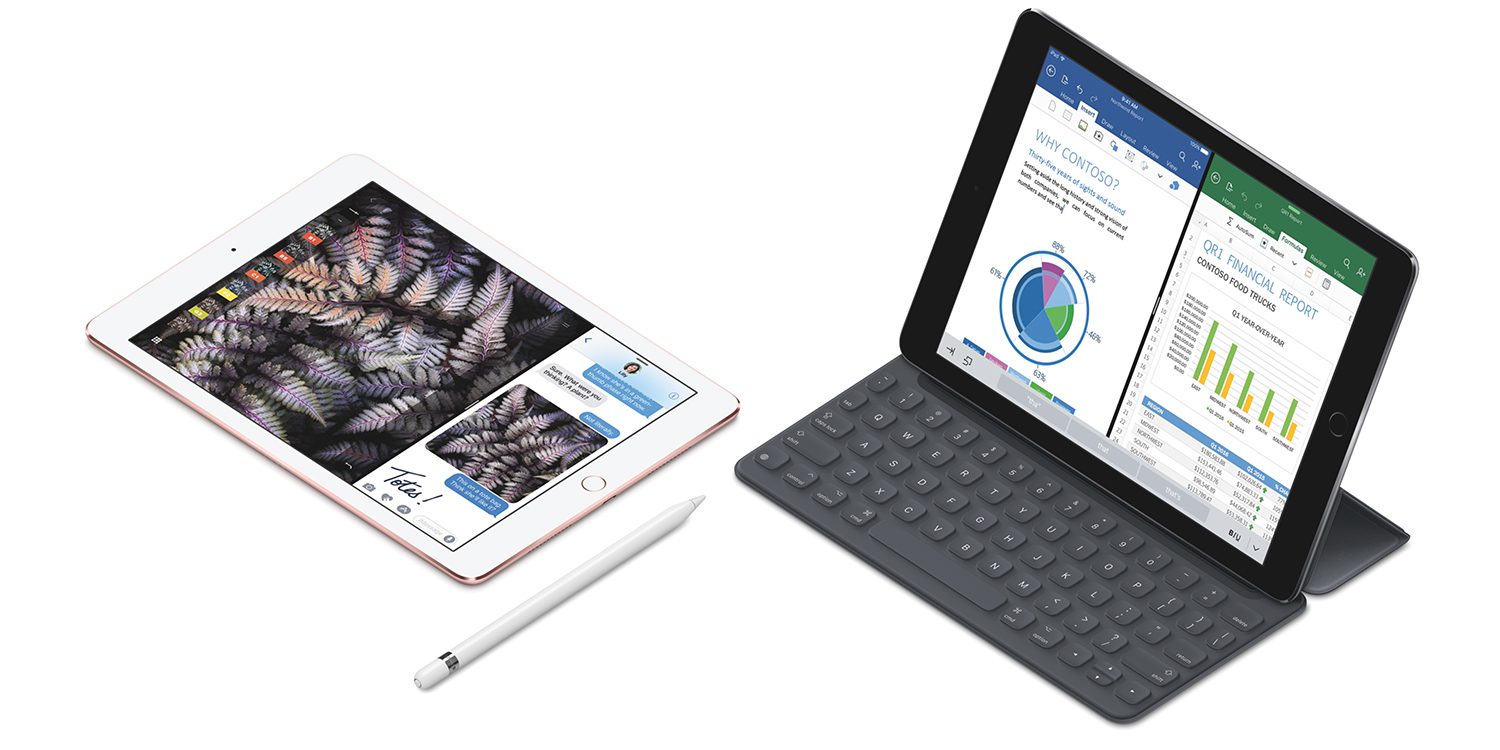 Of an estimated 43 million units total shipped in Q3, which IDC notes is actually up almost 10% from Q2 as companies prepare for the holiday quarter, Apple managed to grab 21% of the market with 9.3 million units shipped.

Despite Apple’s marketing push for the iPad Pro, the iPad Air and Mini lines have been the models with mass appeal, accounting for more than two-thirds of its shipments this quarter. Although Apple’s tablet shipments declined 6.2% year over year, total iPad-related revenues were flat for the quarter, thanks to the iPad Pro offering.

Apple announced its earnings for the third quarter last week, its fiscal Q4, confirming the iPad sales number IDC is using in its report today. That’s down from 9.9 million iPads in the previous quarter and 9.8 million in the year ago quarter. 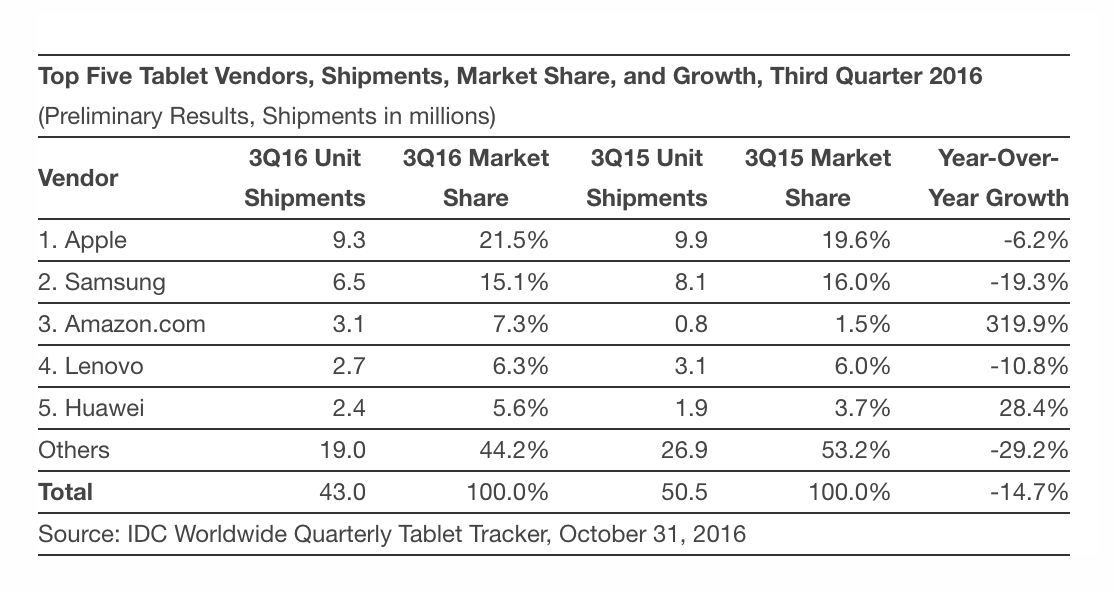 Samsung manages to maintain its number two position behind Apple despite a 19.3% decline to 6.5 million units compared to last year’s Q3. IDC says its data doesn’t show any significant impact from the recall of the defective Samsung Galaxy Note 7, but attributes the decline to an “overreliance on the declining slate market” and poor sales of the detachable TabPro S device.