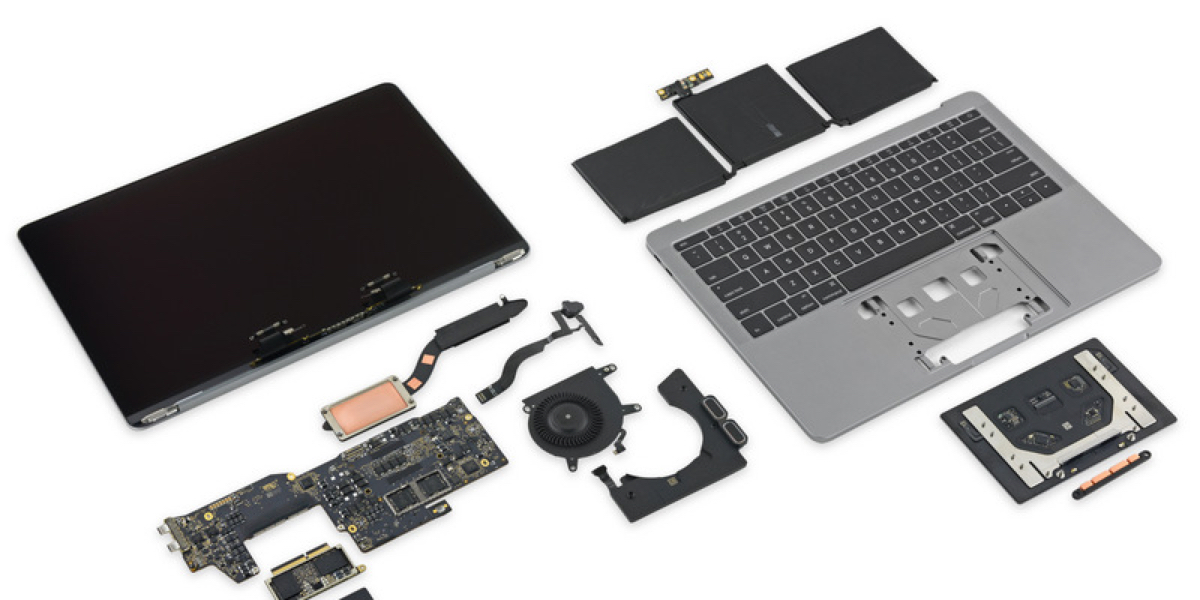 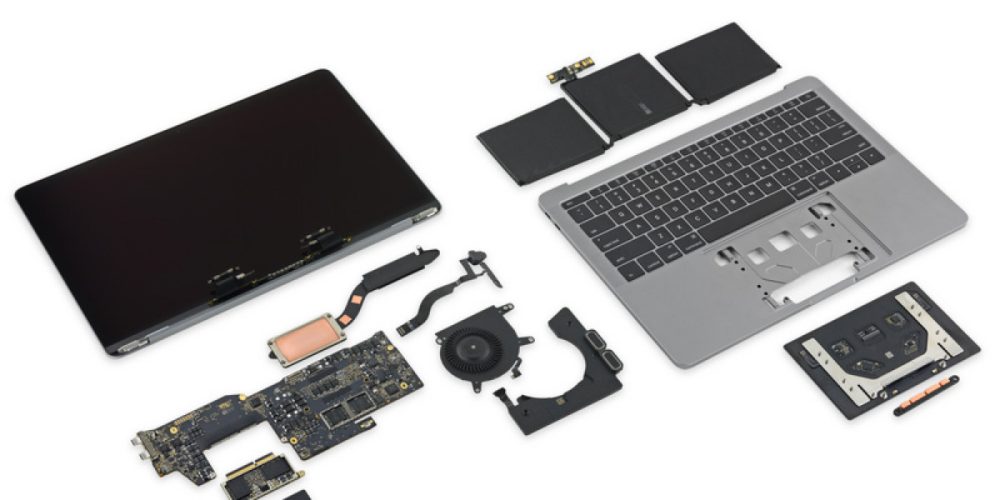 iFixit is back again with another Apple product teardown, this time of the new 13-inch MacBook Pro that features physical function keys but lacks the new Touch Bar. The 13-inch sports 2 Thunderbolt 3 ports and is positioned as the cheaper option in Apple’s lineup, priced at $1499.

iFixit has disassembled the laptop revealing some significant internal changes over the previous iteration, including a 25% smaller battery, a custom SSD controller (although the drive itself is theoretically removable) and much more — more photos after the jump …

The iFixit team noted the addition of new rubber bumpers on the speakers, likely to limit vibration as the new MacBook Pro speakers are significantly louder and offer higher degrees of dynamic range.

In terms of audio peripherals, the new MacBook Pros still feature a 3.5mm headphone jack (unlike the iPhone 7, which relies on Lightning or Bluetooth for audio output). What’s revealed in the teardown is that the headphone jack component appears to be modular; iFixit speculates this makes it easy for Apple to replace it with a Lightning or USB-C connector in future design revisions.

The new 13-inch MacBook Pro houses a 54.5 Wh battery which is significantly smaller than the previous model, holding 25% less juice. Despite the capacity change, Apple says it is still rated for ten hours of use so it is to be determined whether the smaller capacity will impact everyday usage. Despite the battery getting physically smaller, tough glue makes it no easier to remove or replace.

The new keyboard and trackpad components are also on display in this tear down. Apple boasts a 2x larger trackpad surface area and ‘second-generation’ butterfly mechanism for the keyboard. iFixit confirms the changes, saying that the keycaps are a little taller and easier to find.

The SSD is easily removable, not soldered to the board like some other Apple laptops, but is controlled by custom proprietary Apple SSD silicon. This Apple SSD controller previously featured in the Retina iMac. Although the SSD is removable, the Apple controller means it cannot be replaced just yet as tinkerers must wait for compatible third-party components to come out. Per Apple’s announcement, the SSDs are 100% faster than the previous generation which will yield a nice performance boost. To avoid doubt, the RAM is not user-upgradeable at all — it is soldered to the board.

An interesting miniaturization change is that there is no longer a dedicated AirPort card for WiFi and Bluetooth. This functionality is now embedded into the main logic board. In general, the iFixit tear down backs up Apple’s claims about the new MacBook … although it couldn’t find anything special with the supposed “advanced thermal architecture”. Asymmetric blade design is present here, but that was first introduced in the 2012 Retina MacBook Pro.

Unsurprisingly, the computer is not made to be tinkered with and iFixit rates it with a measly repairability score of 2/10: Apple continues to use pentalobe screws to deter repairs, the battery is solidly glued down and the SSD uses a proprietary drive. Read the full report here.

It will be interesting to compare this with the teardown of the new MacBook Pros with Touch Bar, when they ship later in the month. Those models will likely feature additional internal engineering innovations to accommodate the Touch Bar, Touch ID and additional USB-C Thunderbolt 3 ports.