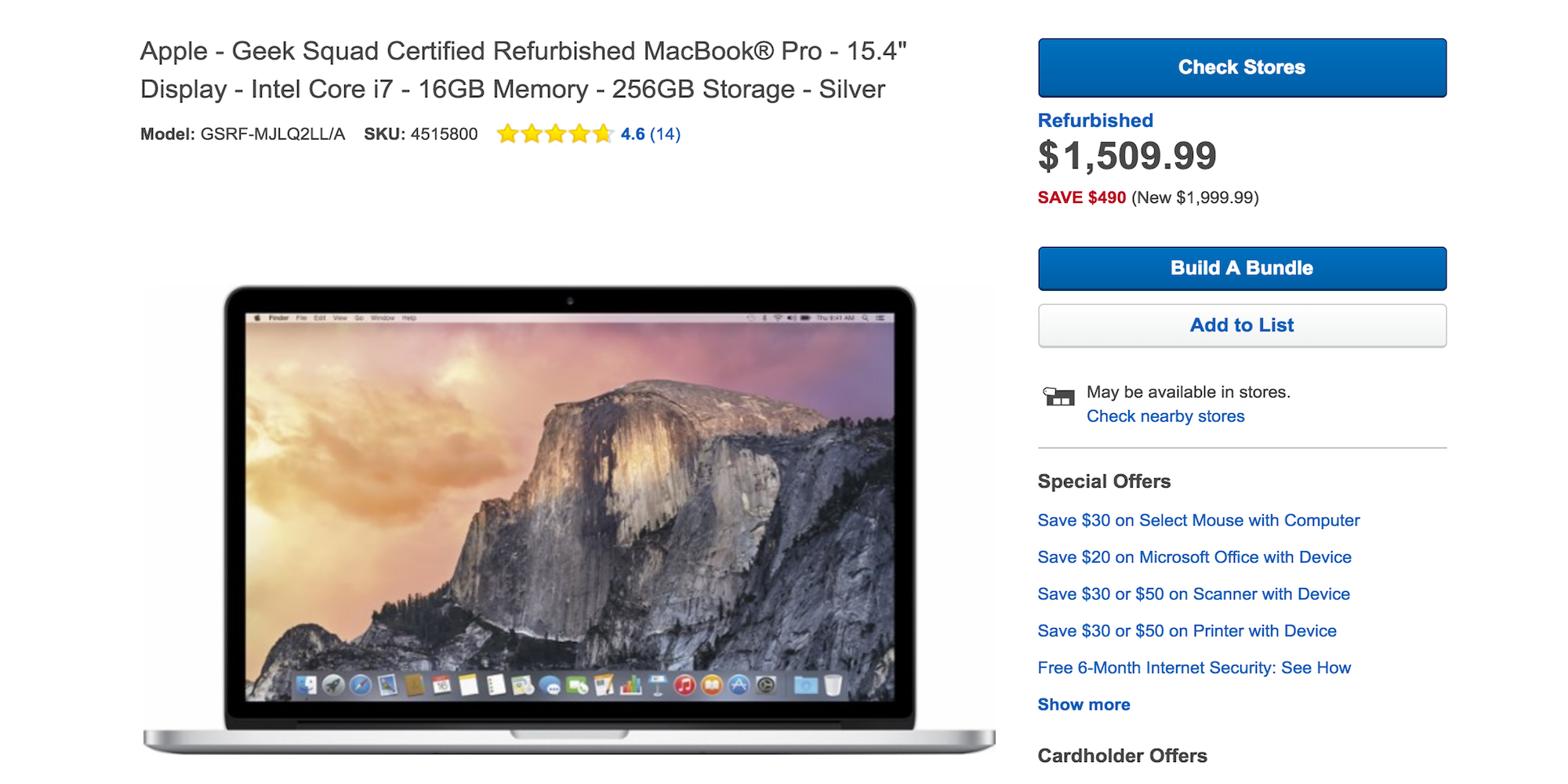 Apple has sold out of refurbished last-generation 15-inch MacBook Pros from its online store as the company introduces new models expected to ship to customers in the coming weeks.

As noted by customers on Reddit, Apple previously had several models of refurbished last-generation MacBook Pro models available at discounted prices, but that supply is now dwindling as customers pick up remaining stock.

There are still places to pick up the refurbished last-generation 15-inch MacBook Pro, however. Best Buy, for example, has two models available including the 2.2GHz quad-core configuration that Apple continues to sell.

While Apple introduced all-new MacBook Pro models at its October 27 event last month, the company continues to sell one configuration of the last-generation 13-inch and 15-inch MacBook Pro models from its online store, presumably while supplies last.

Apple started accepting orders for the new Macbook Pro with Touch Bar with a 2-3 week estimated shipping date following its event. The first of those models will arrive around November 17 to customers, while an entry-level 13-inch model with traditional function keys is already available. Shipping estimates have since increased with all models of the new MacBook Pro with Touch Bar currently listed with a shipping estimate of 4-5 weeks from Apple.

Apple appears to be preparing to ship the first of the new MacBook Pros as it today began charging credit cards of pre-order customers.