Apple AI researchers will be able to publish, likely a move to attract the best minds 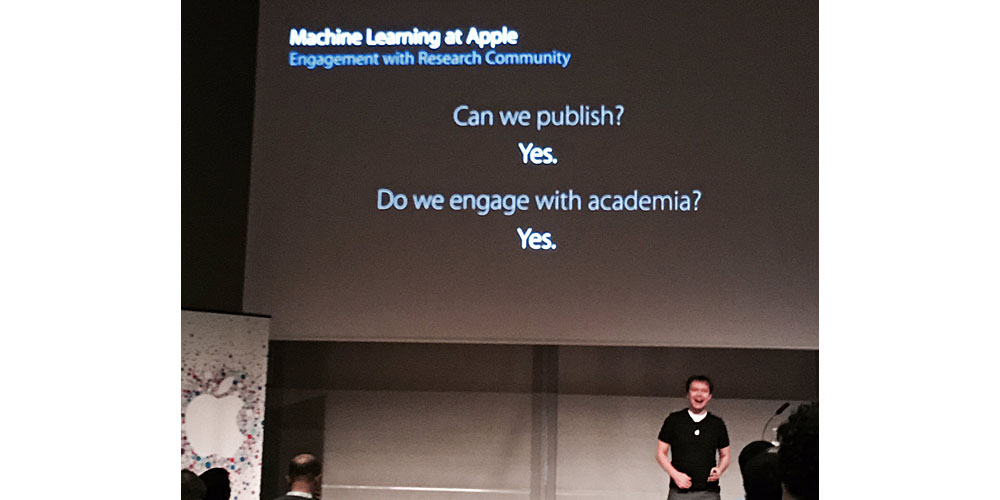 Apple’s director of AI research Russ Salakhutdinov has announced at a conference that the company’s machine-learning researchers will be free to publish their findings. This is an apparent reversal of Apple’s previous position.

Refusing permission to publish was said to be keeping the company out of the loop and meaning that the best people in the field didn’t want to work for Apple. ‘Publish or die’ has long been a watchword in academia, with many researchers feeling they would no longer be part of the scientific community if unable to share their research with their peers.

Business Insider noted a series of tweets from the Neural Information Processing Systems (NIPS) conference in Barcelona, including the above slide.

Another reported challenge for Apple in AI has been its reluctance to use customer data for privacy reasons. Machine-learning generally relies on crunching large volumes of data which Apple, in many cases, does not collect as a matter of policy.