Apple History: Acorn, a virtual click-wheel-based OS which lost out to iOS, shown in its 2006-era glory [video]

Sonny Dickson this evening posted posted a log and video of a never before seen in public version of pre-iPhone era software that was built as an alternative OS to what eventually became iOS.

The OS, which was devised in the iPod’s heyday, was based on a virtual click-wheel that was put on the touch display. A set of menus is navigated with the touch much like one would using an iPod of the time. In the era of multi-touch the idea seems quaint but when everyone is using iPods, the UI makes a lot of sense as a small step rather than the giant leap to iPhone OS, what eventually became iOS.

Check out the video below:

The report notes that Apple has filed patents with similar UIs, further proving that the company was seriously considering this UX paradigm.

In 2005, then CEO Steve Jobs pitted executives Tony Fadell who was head of the iPod division and Scott Forstall to make operating systems for the upcoming phones. Forstall of course won with his paired down version of OS X with a multi-touch interface but Fadell took the iPod and created a phone OS around it.

Instead of the modern touch-driven interface we now call iOS, it featured an operating system dubbed “Acorn OS” (this was an internal code name, and it unclear if it would have kept that name if it had been released), which is derived from the acorn shown on boot. It presents an on-screen click wheel, which took up the bottom portion of the screen, and on the other half of the screen, a UI identical to the one found on the beloved iPod, with options such as “Dial”, “SMS”, “Music”, “Contacts” and “Recents”, however lacking a browser option. The interface is interacted with in the same way an iPod would be operated.

The OS would have been lost to time but apparently one of the folks tasked with destroying these devices kept it and over a decade later provided it for the story.

I can’t help but think of this classic Onion video:

Update: It appears Tony Fadell is confirming this as real in a Tweet: 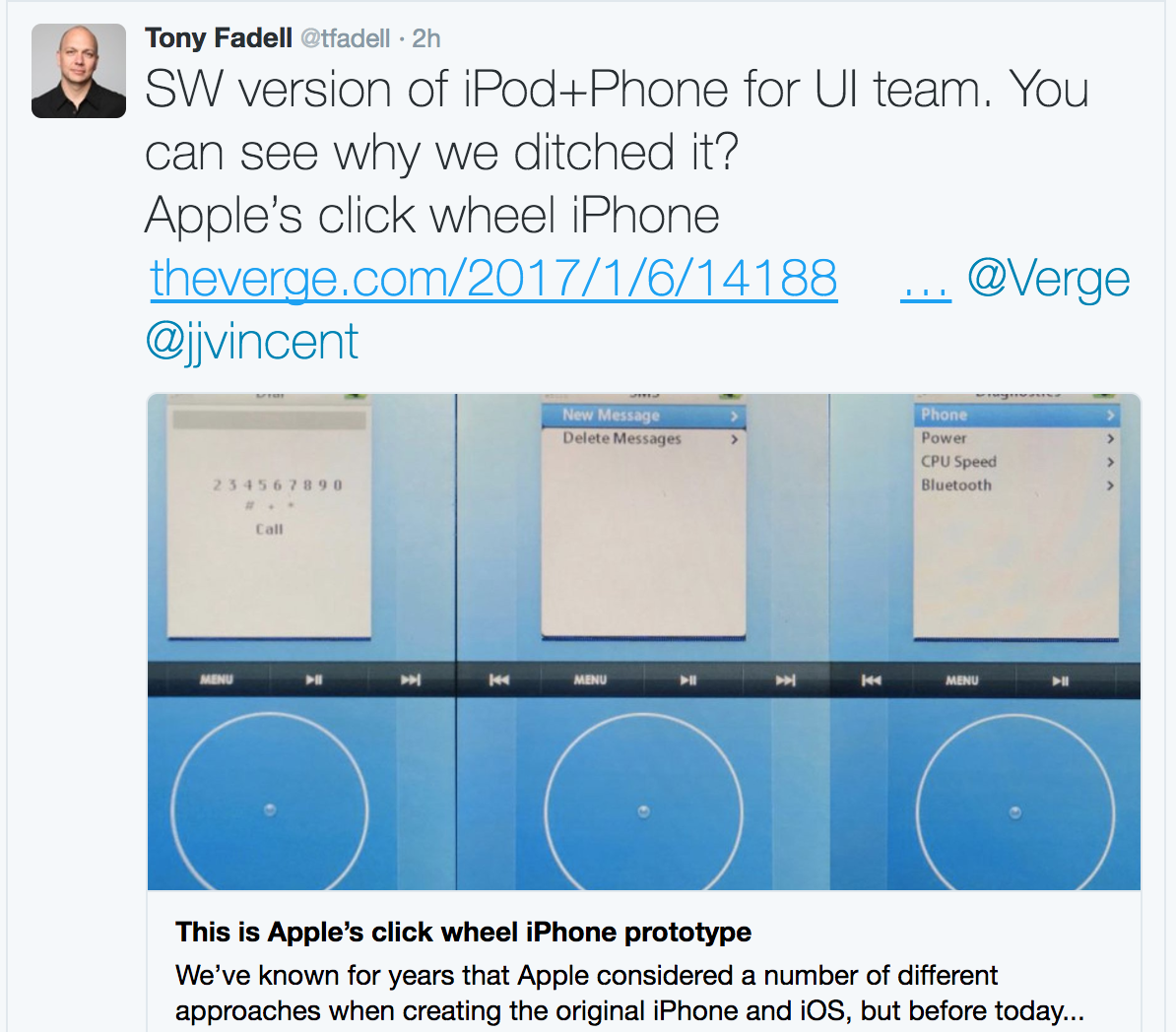