Comment: Why some MacBook Pro users might consider two LG UltraFine 4K Displays instead of a single 5K model

LG’s UltraFine 5K Display is here, and while it tops the 4K model in virtually every statistic, there are some scenarios where you might consider buying two 21.5-inch 4K displays instead of a single 5K display.

That means that you can get two 4K models for $1048, or only $74 more than a single 5K display. Despite the 4K version’s noted shortcomings — lack of a camera, microphone, Thunderbolt 3, 10-bit color, etc. — this may be a viable option if it happens to meet your needs.

For starters, having two 4K displays means that you get more resolution then the 5K model, albeit across dual monitors with black bezels separating the two.

Granted, both single and dual 4K setups feature much less vertical real estate when compared to single or dual 5K setups. Depending on the type of work you do, this could be a major factor. See our image below for a look into how much resolution you’d get from the various setups.

Aesthetically speaking, the LG UltraFine 4K display lacks the ugly ‘fivehead’ of the larger version. This is because the 4K model forgoes the built-in camera and microphone. This could be counted as a downside, but for those who deeply care about looks, it may actually be a plus.

The biggest downside that I see from running two 4K displays, is that you’re stuck with downstream USB ports that max out at USB 2.0 speeds, because the display doesn’t utilize Thunderbolt 3 to connect to the MacBook Pro. Keep in mind that you’ll need to run a USB-C cable from each display to your MacBook Pro, so if you have a base model 13-inch MacBook Pro with only two Thunderbolt 3 ports, this setup will take up both of those ports. Since the 4K displays lack downstream USB 3.0 connectivity, it’s hard to recommend dual LG UltraFine 4K setups for base model MacBook Pro users.

If you can live with the setup’s shortcomings, then running two LG UltraFine 4K Displays might indeed prove to be a viable alternative over a single 5K Display. While there’s certainly less vertical real estate when compared to a 5K setup, you end up getting way more overall screen real estate for just $74 more than the cost of a single 5K Display.

Another option to consider

If you’re looking for something larger, HP produces a 27-inch 4K display that’s USB-C-enabled as well. The HP Envy 27-inch IPS panel provides up to 60W of power via USB-C, which is enough to charge a 13-inch MacBook Pro at full speed. The display also features dual HDMI ports (one HDMI 2.0), which means that it’s a lot more flexible than LG’s UltraFine offerings. For instance, you could connect a Playstation 4 Pro at 4K, an Apple TV, etc. Some may consider the display to be a lot better in the looks department as well.

The HP display doesn’t feature some of the niceties associated with LG’s UltraFine line, such the P3 wide color gamut, or the 500 nits of brightness, but it does feature a VESA mount option, 99% sRGB color accuracy, AMD FreeSync support, and a full-sized DisplayPort 1.2 port. 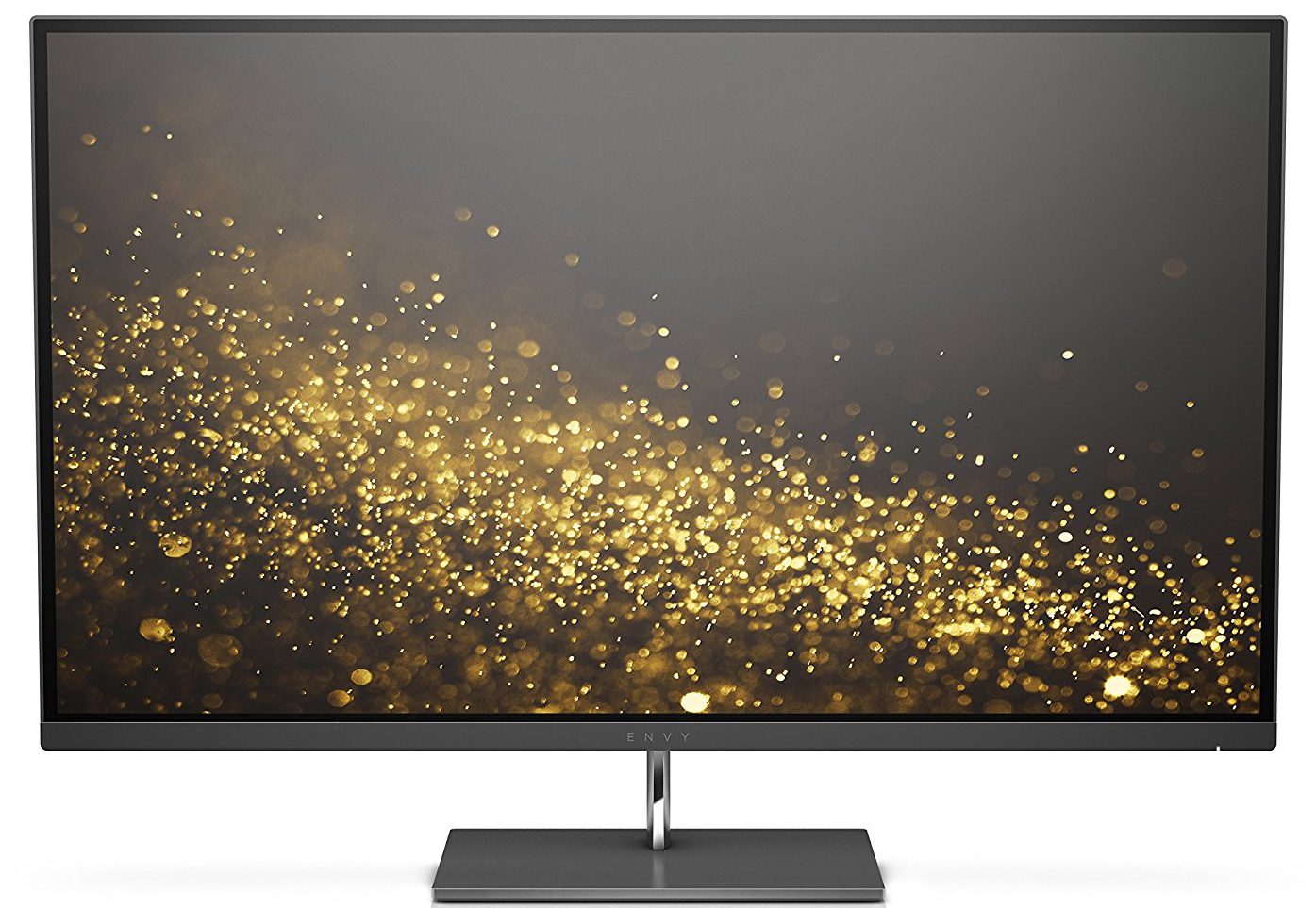 Unlike LG’s other 4K USB-C-enabled offering, the 27UD88-W that we reviewed last summer, the HP Envy 27 4K Display is now in stock at Amazon. The display is a bit more expensive than the LG UltraFine 4K Display at $625, but you’re getting a much larger screen, better design, and several additional input options. You can also find the Envy 4K display for $499 on HP’s website, but it’s currently out of stock.

We’ll be back with a deeper look at the HP Envy 27-inch panel in an upcoming post. Until then, please tell us what display you’ve opted to pair with the MacBook Pro.