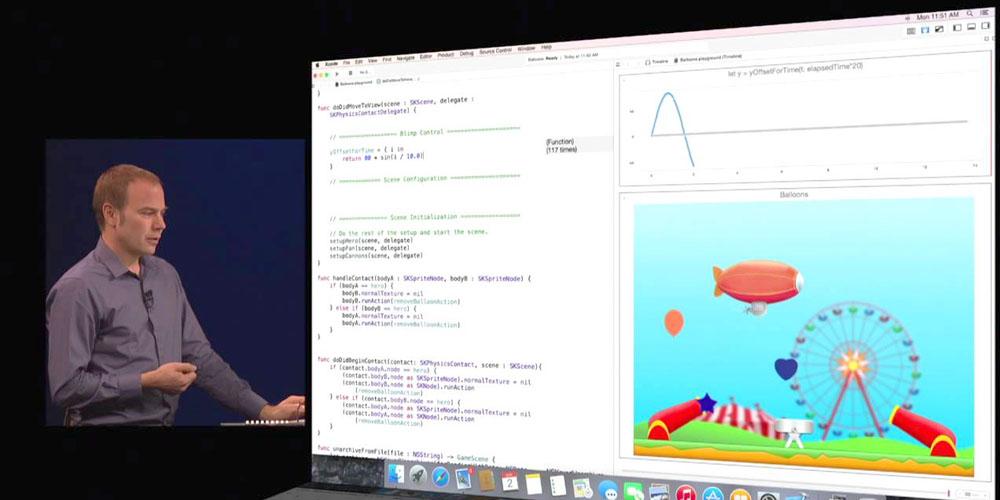 Swift creator and ex-head of Apple developer tools Chris Lattner is a special guest on this week’s episode of the Accidental Tech Podcast, following the announcement that he is leaving the company to join Tesla as a VP of the Autopilot self-driving features.

Lattner talks about his general career at Apple, from compiler manager to senior director, the invention of Swift language and how it was brought up from within Apple to become its new premier development language, debuting at WWDC in Swift 1.0. The interview gives some insight into how new projects at Apple are made and managed …

The conversation revolves mostly about the creation of Swift and its transition from a closed project inside Apple to an open-source programming language for everyone. He acknowledges that Apple engineering focus shifted from Objective-C to Swift years ahead of its release, which meant Objective-C development was somewhat neglected as most employees on the team were dedicating time to making the new language a reality.

Lattner says that it was always the intention to make the language open-source but the company delayed it for several reasons. When the project was released into the community, he says the company was not prepared for the unprecedented demand.

Although much of the discussion revolves around technical talk about Swift programming and open-source software development, the two-hour chat between Lattner and the ATP hosts, Marco Arment, John Siracusa and Casey Liss, gives some rewarding insight and context. Lattner says he is excited to start his new role at Tesla but also wants to continue contributing to the Swift open-source project as much as possible.

Lattner says he hasn’t started work at Tesla yet, but there is a possibility of Tesla adopting the Swift language as well if it fits in with their engineering needs. Listen to the full two-hour interview on ATP’s website.