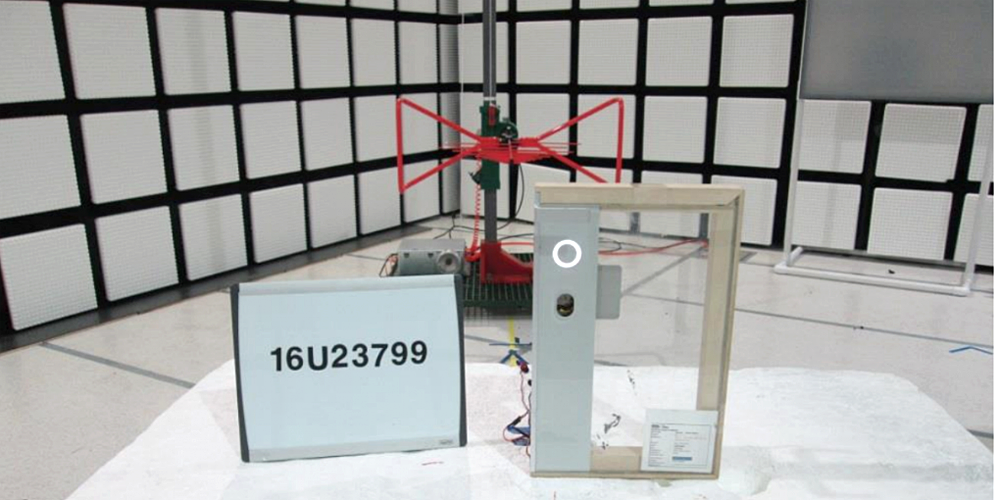 Apple of course goes to great lengths to keep its product plans secret, but there are some places where it is required by law to reveal at least some clues – FCC testing being one of them.

Bloomberg spotted a mystery Apple wireless device code-named A1844 going through testing back in September of last year. We noted one clue that it likely wasn’t a consumer-facing device – the color-coded wiring – and photos now posted by the FCC confirm this. Spotted by Business Insider, device A1844 is revealed to be nothing more interesting than an electronic badge reader for a door.

1. Present the company provided credential to the reader.

2. The reader will indicate granted access by briefly changing color to green and playing a sound. Declined access is indicated by red color and a second sound.

Since Apple seems content to leave it to third-party companies to make HomeKit-compatible devices like smart locks, this is almost certainly designed purely for Apple’s own use.

One of the details revealed during a rare look inside the Apple Park campus was iPhone-like elevator buttons. Given the famed attention to detail of both Steve Jobs, the man behind the spaceship campus project, and Jony Ive, whose design remit was extended beyond products to Apple Stores and more, it seems likely this is a custom fitting designed for the new building.

Apple last month officially named the campus and theater, and revealed that the first staff would move in next month, with construction work continuing through to September.