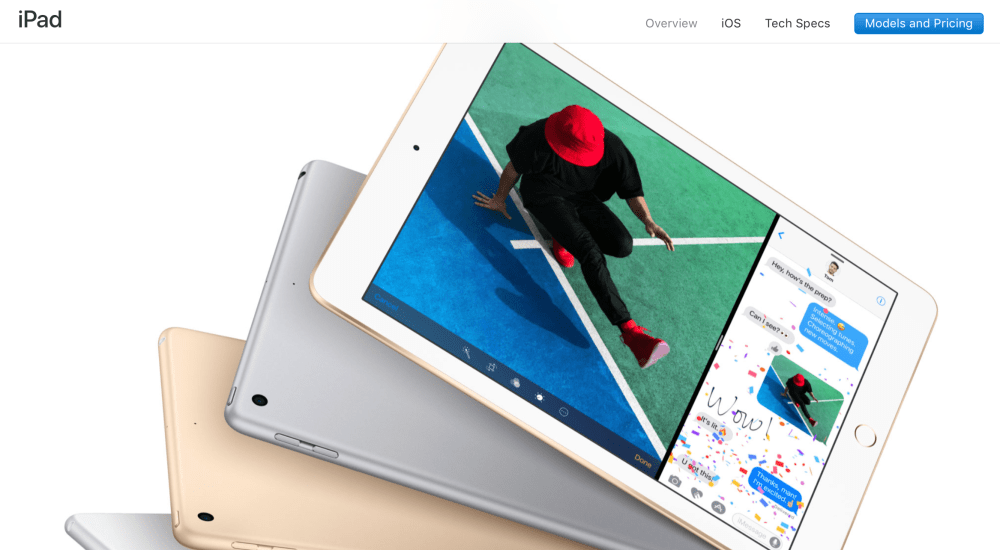 The Apple Store is back up and Apple has just announced a new cheaper iPad, going on sale Friday for $329. The product replaces the iPad Air 2 in the lineup and is simply called ‘iPad’, available in three colors with 32 GB storage.

The $329 iPad features older internal components to enable the lower price point, featuring an Apple A9 chip although the 9.7-inch Retina display is brighter. It does not support Apple Pencil or include a Smart Connector like the ‘iPad Pro’ line. Apple has also increased the storage capacity on iPad mini …

In a statement, Apple SVP Phil Schiller said that the new iPad will appeal to new users and old iPad owners, looking for a new tablet to use at home, school or at work.

“iPad is the world’s most popular tablet. Customers love the large, 9.7-inch display for everything from watching TV and movies, to surfing the web, making FaceTime calls, and enjoying photos, and now it is even more affordable,” said Philip Schiller, Apple’s senior vice president of Worldwide Marketing. “New customers and anyone looking to upgrade will love this new iPad for use at home, in school, and for work, with its gorgeous Retina display, our powerful A9 chip, and access to the more than 1.3 million apps designed specifically for it.”

The new iPad goes on sale in a couple of days, so you can order from Apple.com this Friday March 24th. The iPad will start arriving next week in Apple retail stores, select carriers and Apple authorized resellers in more than 20 countries.

As well as a price cut to the 9.7-inch iPad, not to be confused with the iPad Pro line, Apple has also upped the storage capacities available for iPad mini. For $399, the iPad mini WiFi is now available with 128 GB storage ($529 for 128 GB with cellular).