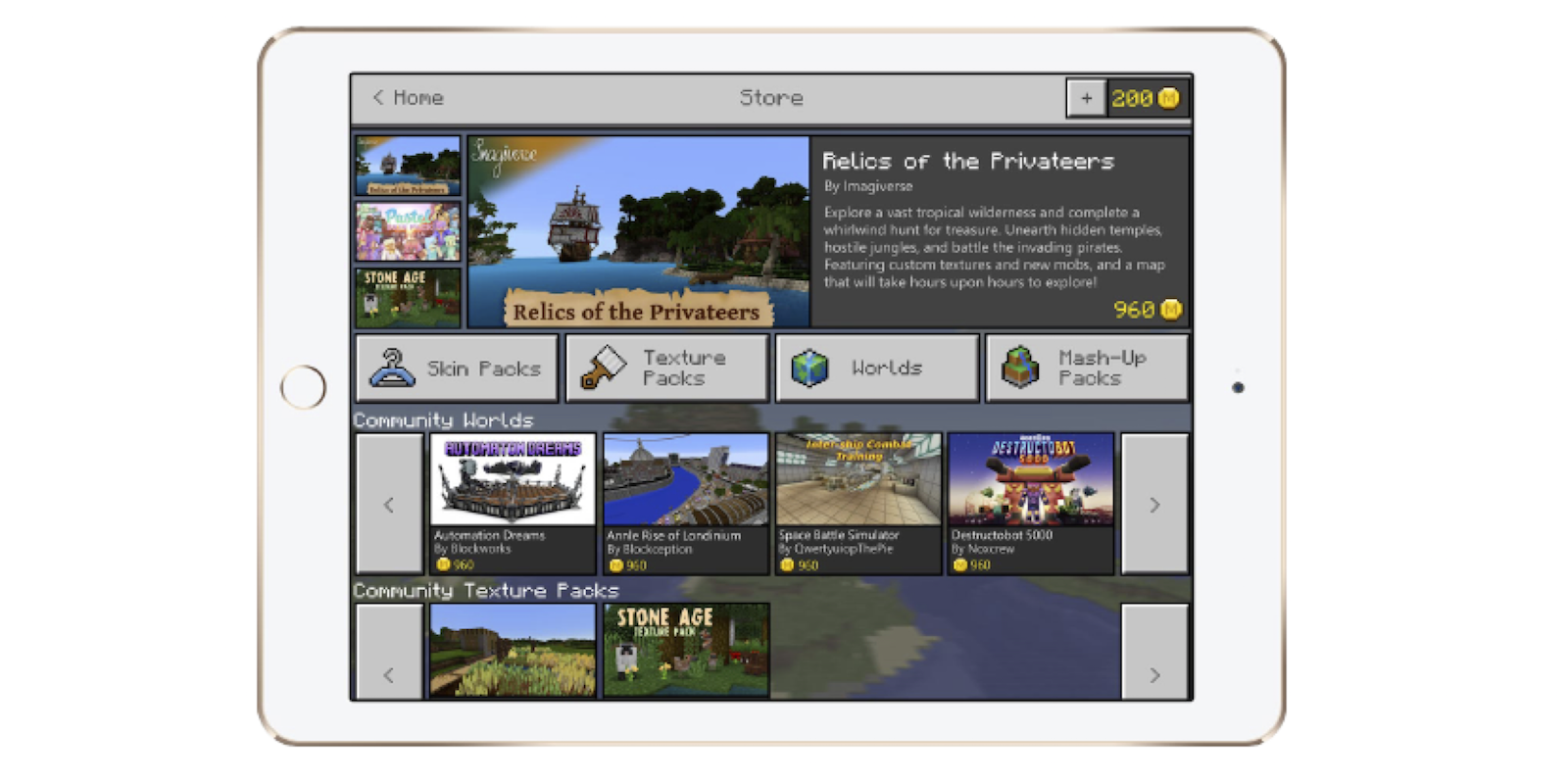 Minecraft announced today on its blog that an upcoming update for the game will bring a new community-driven Marketplace feature to players of the Pocket edition of the game for iPhone, iPad, and other mobile devices.

We’ve partnered with heroic ‘crafters well-known to the community to build up a launch catalogue of amazing adventure maps, texture packs, minigames and more. Noxcrew, BlockWorks, Qwertyuiop The Pie, Blockception, Sphax, Eneija Silverleaf, Imagiverse, Polymaps and Razzleberry Fox are the folk on board at launch.

In the process of launching the new Marketplace, it will have new Minecraft Coins available for in-app purchases on devices where the Pocket Edition of the game is available, allowing creators to set prices and collect their share of profits from sales.

The company’s blog post notes that it will be giving the majority of profits to creators after the 30% cut the App Store takes. And the Minecraft developers assure users that it won’t be removing the ability to download and use community creations that can be found online for free, but it hopes the new Marketplace can be a platform to support creators.

Content purchased on the new Marketplace will be available across platforms, so you can use anything you purchase on your other devices as well by logging into the game with your Xbox Live account.

The new feature will launch first as a beta for Android later this month, and sometime this spring for all Pocket users on other platforms. For the launch, Minecraft has partnered with the handful of creators mentioned above, but it will also be accepting open submissions from others going forward.

You can download Minecraft: Pocket Edition for iOS on the App Store for free.