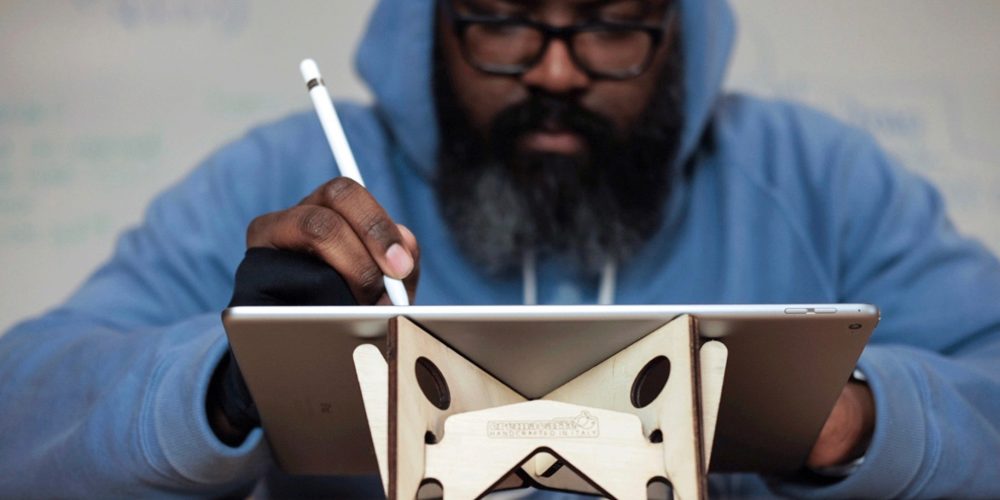 The iPad Pro and Apple Pencil are powerful tools in the right hands, and artist Rob Zilla is a great example of what’s possible with the latest hardware.

Apple is showcasing his work illustrating NBA stars like Kevin Durant using the iPad Pro and Apple Pencil with an exclusive look at how Zilla creates from start to finish.

Zilla uses the excellent Adobe Illustrator Draw app for iOS to create these incredible illustrations. Color me impressed. Apple says these illustrations created with iPad Pro and Apple Pencil will be featured during halftime tonight at the Golden State Warriors regular season finale:

The Golden State Warriors, as part of Warriors Fan Night at tonight’s regular season finale in Oakland, will feature Rob Zilla’s illustrations of Warriors players, legends, coaches and fans designed on iPad Pro. The Warriors will also recognize the artist and his work at halftime.

And Mashable profiled the artist earlier this year where he said the process usually takes between two to five hours using the larger iPad Pro:

Drawing these images, Generette explained, can take anywhere from two to five hours. Generette uses a combination of reference, transparency (in which he starts the drawing over a photo – the iPad Pro 12.9 inch he uses has enough screen real estate to host both a drawing app and the reference photo) and freehand. But the method is usually determined by the timeline and budget.