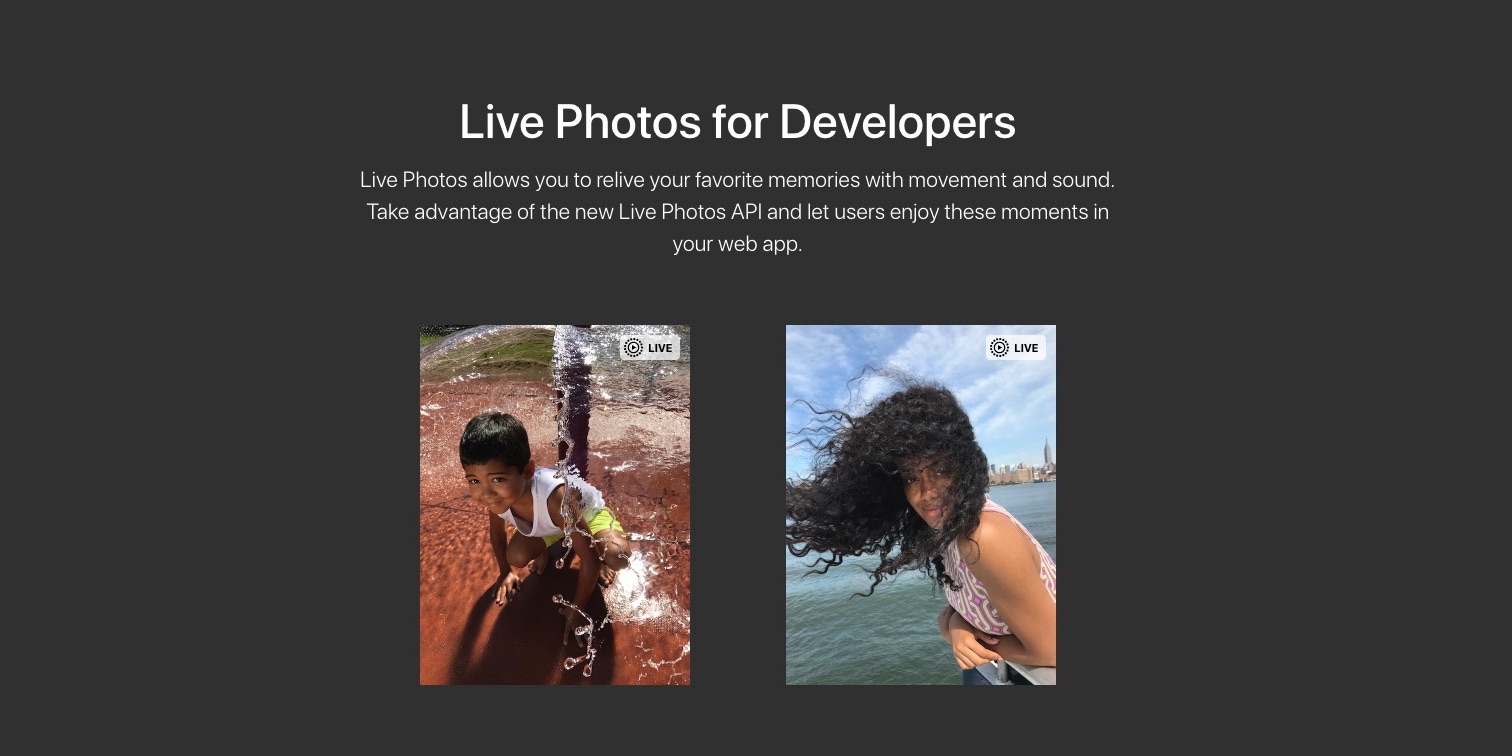 Following up on Tumblr’s own implementation of Live Photos for the web, Apple has released an official Live Photos JavaScript API. Developers will now be able to use the API to share Live Photos playback on iOS, macOS, and now the web.

The new LivePhotosKit JS API is available on NPM with code samples shared in the new API reference. In the new documentation, Apple includes examples on how to get Live Photo assets up and running online.

According to the official documentation:

The JavaScript API presents the player in the form of a DOM element, much like an image or video tag, which can be configured with photo and video resources and other options, and have its playback controlled either programmatically by the consuming developer, or via pre-provided controls by the browsing end-user.

Tumblr brought Live Photos to the web last year, and had even shared their own code implementations as well. Their work may have been what inspired Apple to eventually build out their own API for developers.