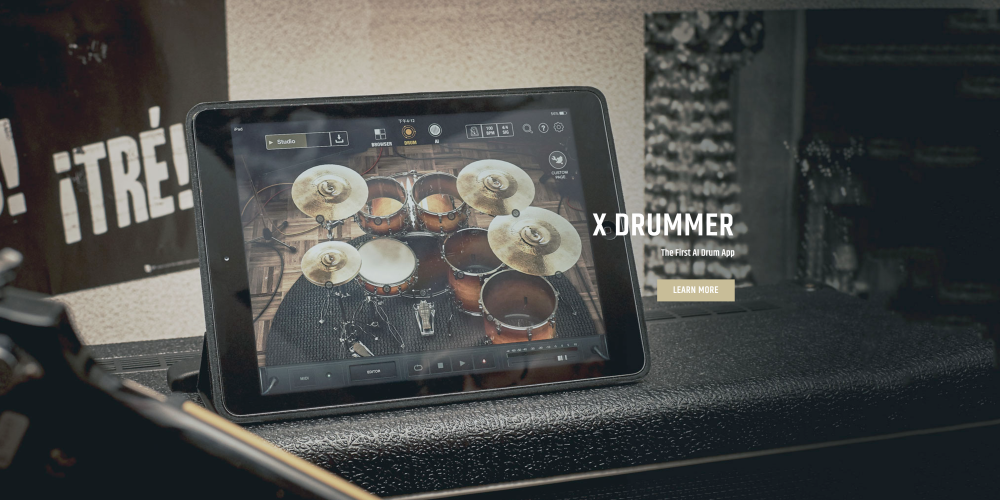 This is the place to catch up on all the biggest product announcements, hardware, apps, synths, Logic/GarageBand instruments and so much more in the world of iOS/Mac music production. Last week we saw some major announcements from SuperBooth 17, and this week we are focusing on iOS. We get an interesting new sequencer from Reactable, a new AI-powered iOS drum app from Positive Grid, artificial reverb processing from Mac and the limited run of a Moog legend…

Positive Grid is releasing its own AI-based auto beat maker app known as X Drummer. Those familiar with Logic Pro X’s Drummer feature will be right at home here. It is essentially a smart studio drummer that will analyze your musical parts and then custom tailor its play style to automatically create genre-specific backing tracks. While we will definitely need to go hands on with this one before we can say for sure it is as flexible as the LPX equivalent, it certainly looks promising:

It works like magic; AI Drums listens to your guitar pattern and sorts out a matched drum pattern that best suits your compositions. Just tap to record and the app will learn and play the right drum pattern…Change any and every drum component.X Drummer let’s you edit the basic parts of the kit, like the drum head and damping ring. You can go into deeper drum customization by changing the individual instrument options such as pitch, attack and resonance. 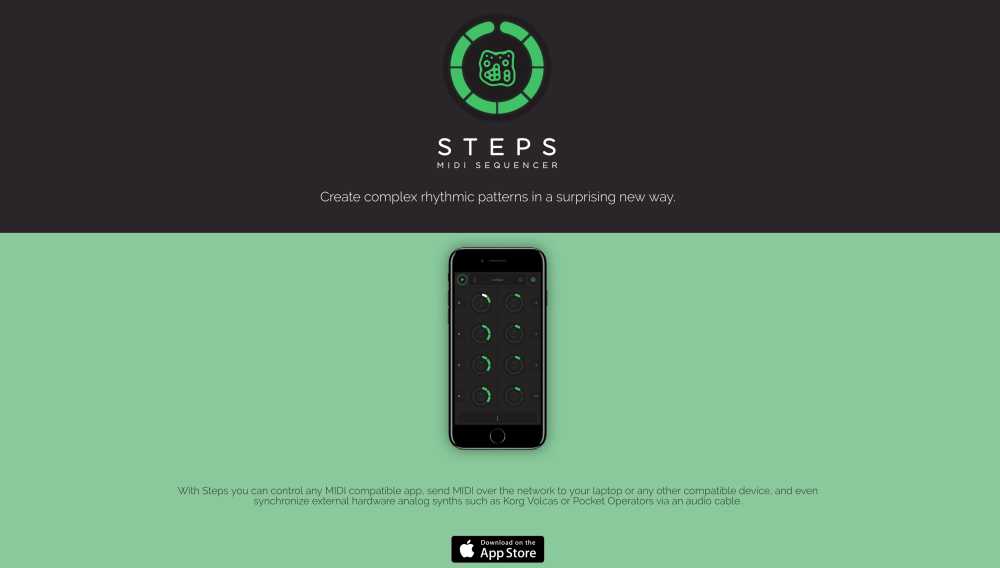 STEPS is a brand new musical sequencer for iOS, but with a twist. You can control other MIDI compatible apps as well as send your patterns over the network to your MacBook Pro. You can even hook an audio cable up to sync up with external gear like “Korg Volcas or Pocket Operators”, according to developer Reactable. For just $1 on the App Store, we are definitely giving this one a try.

Sinevibes Emission Spectral Reverb for Mac out now for $30

Emission is described as a “special processor for creating unreal, out-of-this-world space effects”. It uses a typical reverb engine and feedback delay system along with some interesting granular and “Bode” frequency shifting along the way. I think the results speak for themselves.We love these affordable and specialized effects units. They can a great for that adding that special bit of a character to a track

…coupled with variable time modulation and low- or high-pass damping, this gives birth to a wide variety of novel reverb sounds which can only be described as “vibrating vapor”, “jet sky”, “frozen air” or even “ambient apocalypse

In the late 1960s, Bob Moog and a team of ten skilled technicians began hand-building cutting-edge musical instruments that they called “synthesizers” — instruments that would radically change the landscape of music. Fifty years later, we are proud to announce the return of the Moog Synthesizer IIIc to production for a very limited time.

Moog will be producing a limited run of 25 Modular Synthesizer IIIcs built using the “original documentation, art, and circuit board files”. The instrument will feature 36 hand-soldered/stuffed modules like the 984 Matrix Mixer, 905 Spring Reverb and ten 901-Series oscillators. All of that gets put inside a gorgeous solid walnut cabin at the factory in Asheville, North Carolina. More information from Moog can be found right here.