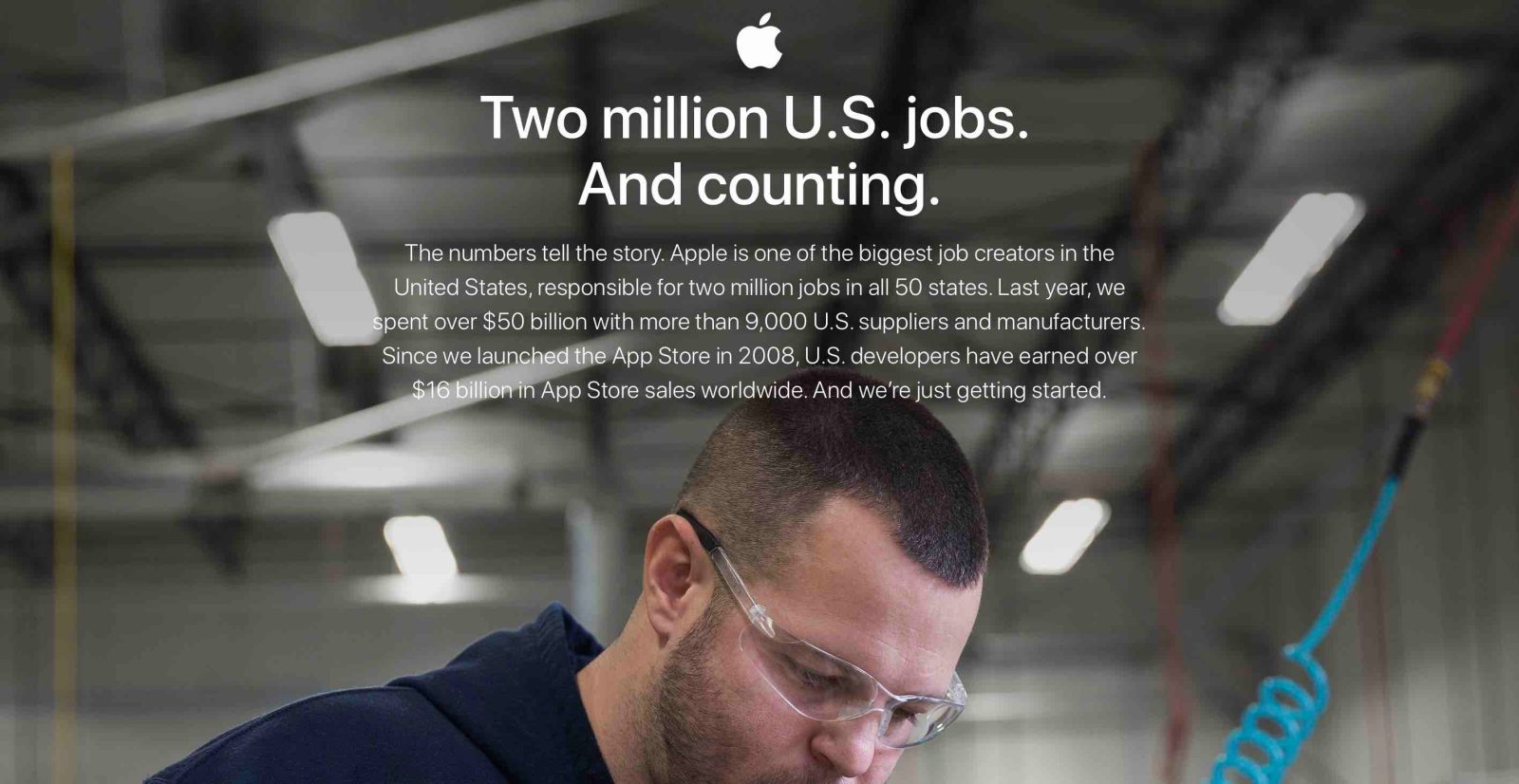 Over the last few days, Apple has started to heavily tout its contributions to the United States economy. During the company’s earnings call yesterday and again during an interview today, Tim Cook talked up Apple’s influence, and now Apple has launched a new website that breaks down its United States economic outreach…

On the website, Apple describes its contributions to the United States economy. For instance, the company touts that it has created some 2 million jobs, 450,000 of which are through its United States-based suppliers. Additionally, the company has created 1.5 million jobs in app development, and various other amounts in construction, manufacturing, retail, and more. 80,000 employees are official Apple employees.

Furthermore, Apple explains that it spent over $50 billion in the United States last year, working with more than 9,000 suppliers and manufacturers.

The numbers tell the story. Apple is one of the biggest job creators in the United States, responsible for two million jobs in all 50 states. Last year, we spent over $50 billion with more than 9,000 U.S. suppliers and manufacturers.

Since we launched the App Store in 2008, U.S. developers have earned over $16 billion in App Store sales worldwide. And we’re just getting started.

The website also offers a state-by-state breakdown of its jobs and economic contributions, showing that it has created jobs in every state. Under a “Key U.S. Investment” heading, Apple also outlines some of its bigger investments, such as its headquarters in Cupertino, California, campuses in Texas and Arizona, and data centers in North Carolina, Oregon, and Reno.

Apple today announced that it is creating a new $1 billion advanced manufacturing fund to further promote U.S. job creation. The company hopes that this fund will have a ripple effect and promote job growth in the United States as a whole. You can read more about Apple’s current contributions to the United States economy on its new website.