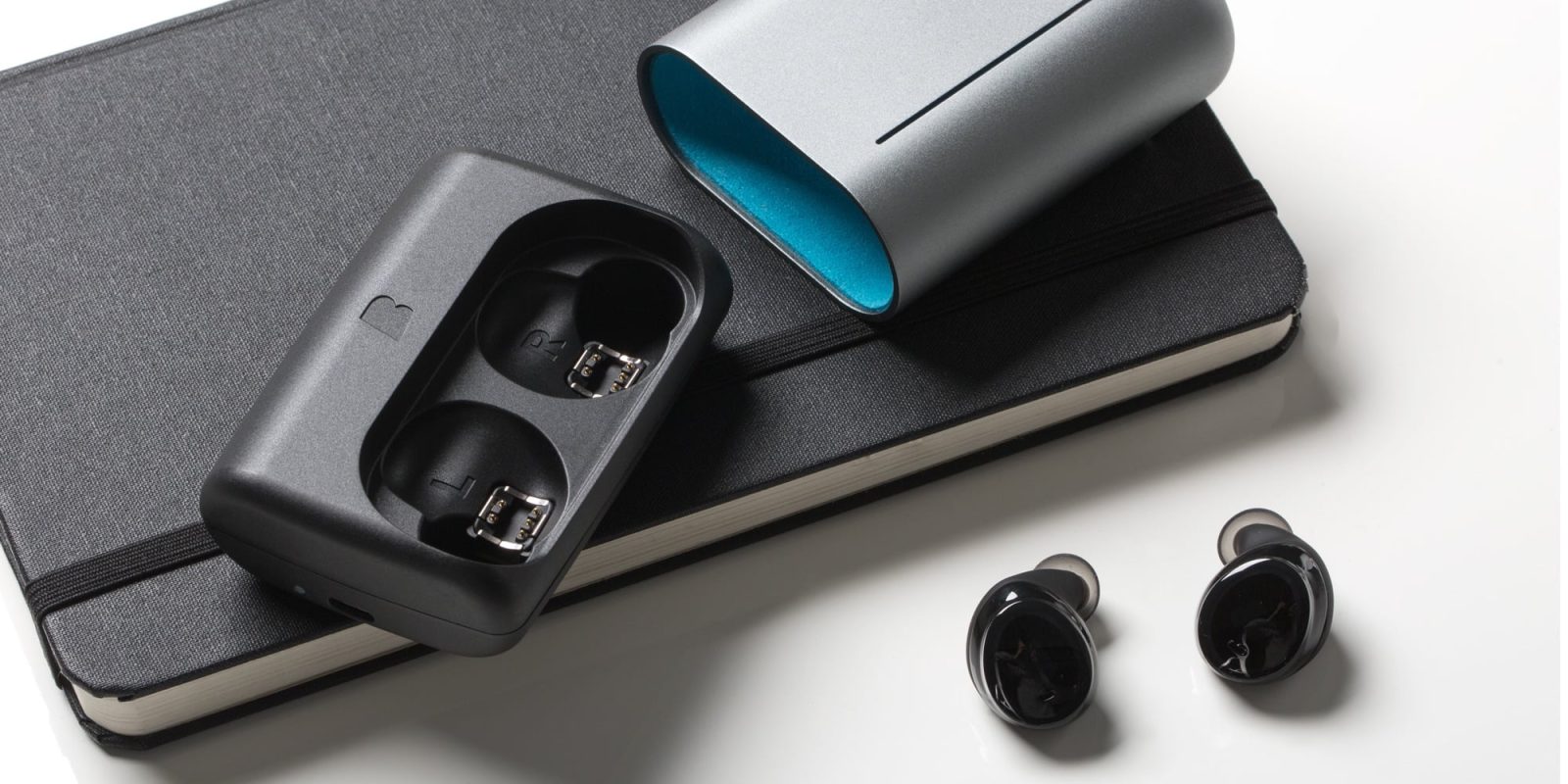 As the competition grows in the wireless headphone market led by Apple’s AirPods, Bragi is adding two new products to its lineup today. The Dash PRO and The Dash PRO tailored by Starkey are Bragi’s latest successors to the original Dash. Introducing a new OS that brings real-time audio translation and new hardware for one-touch Bluetooth pairing, The Dash PRO looks to revamp the user experience.

Outside of the custom-mold and audio experience, both models of The Dash PRO bring new features over the original Dash. Following a move out of Apple’s playbook, The Dash PRO simplifies the audio pairing experience down to one touch setup. Bragi mentions that they’ve forgone the six-digit confirmation code and instead maintain a secure connection. This new setup is available for Android, Apple, and Windows devices.

The Dash PRO has a five-hour battery life on a single charge, with 30 hours total using its compact carrying case. It includes over 27 different sensors which come together to enable users to navigate through what Bragi calls the Virtual 4-D Menu. Though if that menu is anything like we saw with the original Dash, it may take some time to get used to…

The new OS allows partnerships with third-party companies, like iTranslate, to bring new experiences to Bragi’s wearables. With the iTranslate partnership, users will be able to experience real-time face-to-face translation with the new Dash PRO, but users will have to pay for the monthly iTranslate Pro subscription.

“The Dash PRO tailored by Starkey and The Dash PRO are the most intelligent devices of their kind, representing incredible advancement and achievement over the last 18 months. These magical devices have seamless Bluetooth pairing and connectivity, a longer-lasting battery life and groundbreaking achievements like real-time language translation powered by iTranslate, a 4D menu allowing users to go hands-free and integration with IBM Watson’s famed AI. We’re excited to enable people to do more.”

The Dash PRO tailored by Starkey

The Dash PRO tailored by Starkey

By opening the door to third-party integrations, Bragi has potentially created another marketplace for software: audio wearables. Only lightly touching on IBM’s Watson AI, Bragi feels confident its products are moving in an intelligent direction.

Bragi’s OS 3 software also brings automatic workout tracking that will sync to the mobile device when available and will be able to automatically distinguish between running, cycling, and swimming.

The Dash PRO will soon be available from Bragi’s online store. The Dash PRO tailored by Starkey will retail for $499, and The Dash PRO for $329. Best Buy and other retailers will have it soon over the coming weeks.