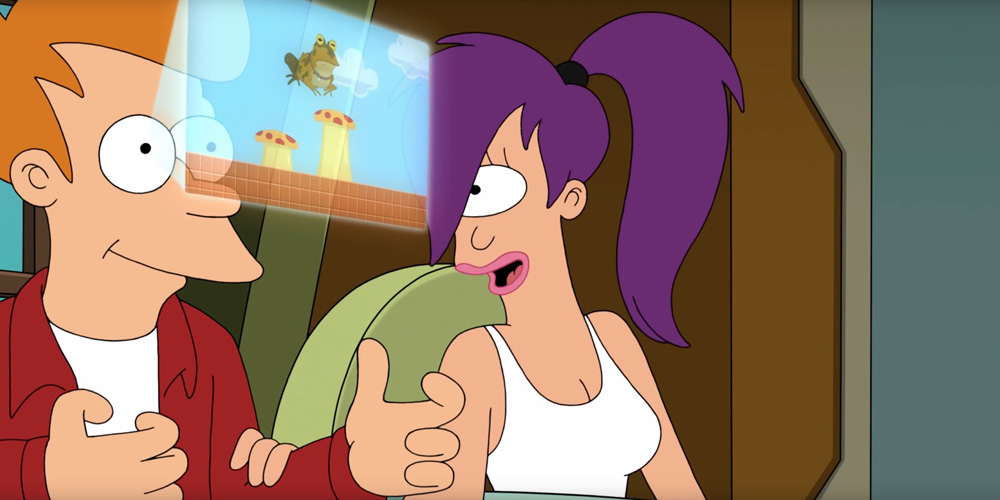 When Futurama creator Matt Groening talked about the upcoming iOS and Android game back in February, he teased that it will effectively contain some entirely new episodes.

We’re gonna sneak some more Futurama episodes in there on whatever device people are gonna be using.

Last year’s Game of Drones was just a Candy Crush clone, but Worlds of Tomorrow looks set to be much more sophisticated, and features the original writers, cast, and animators.

No release date has yet been announced, but you can register now to be alerted when it’s available. It looks like the game may be a freemium one, as the sign-up page also promises ‘an exclusive in-game gift for free’ to those who register. iOS users register via the site, while Android users can register on Google Play.

The show itself went off air back in 2013, but is available for purchase on iTunes, though is cheaper on Amazon Video.

Tim Cook on CBS This Morning