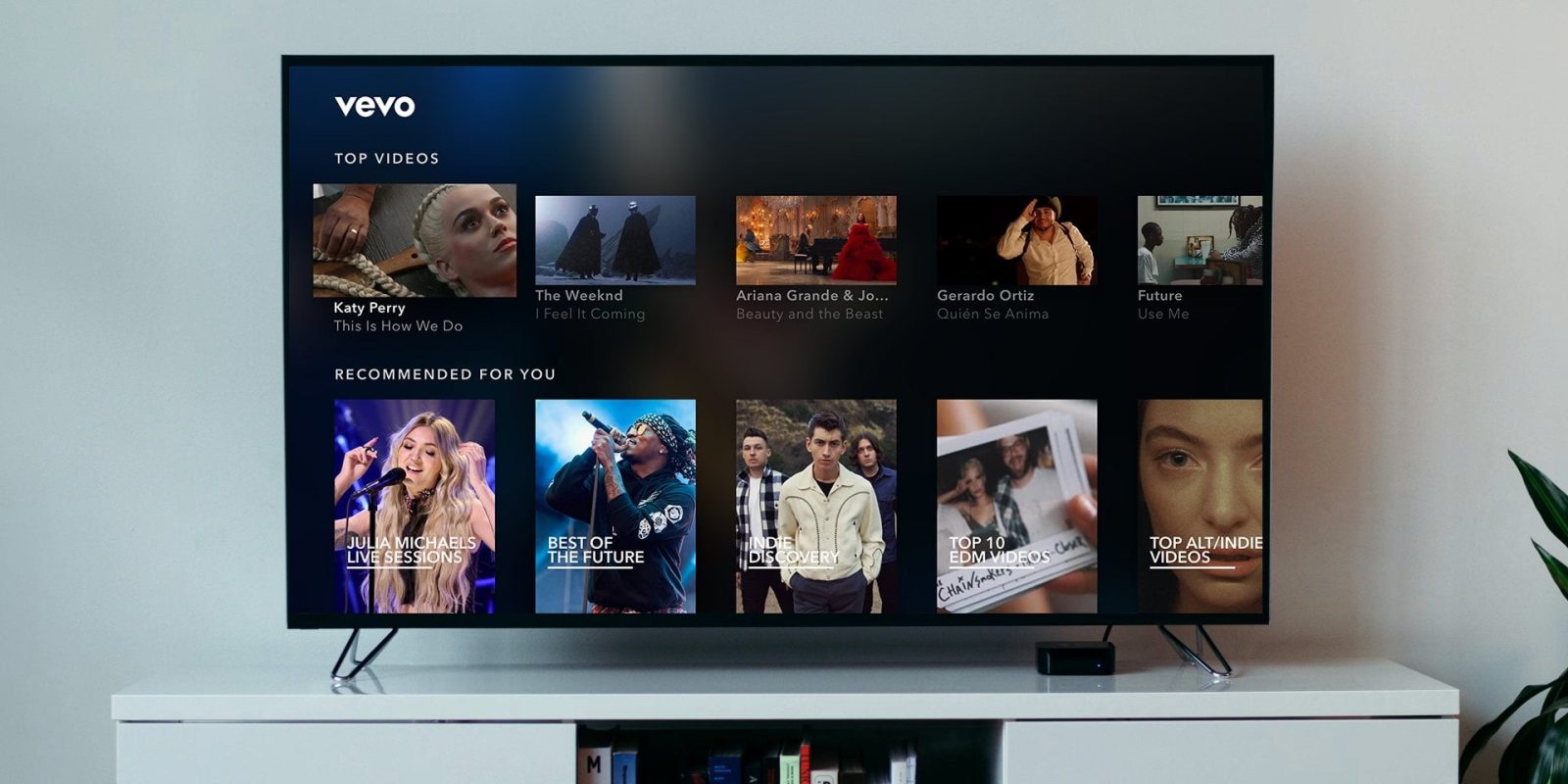 Following up on the experience it brought to iOS, Vevo is bringing its reimagined 10-foot interface to tvOS. Available soon on the fourth generation Apple TV, Vevo’s new app looks to make finding and enjoying music videos as easy as possible.

The app introduces curated playlists and artist stations to the music video experience. Seeing an average global viewership of 23 billion views a month, Vevo sees the living room as an obvious next step for its entertainment app.

Talking with Vevo’s CEO, Erik Huggers told us how excited he was that Vevo was able to build out the tvOS project in just eight weeks. Huggers shared that this is just an initial step in the journey for a direction that the company wants to go. Anna Zvagelskaya, Product Manager at Vevo, says the company had three goals with the app: to be the best app for videos on TV, to make sure it was contextually aware, and to always put video first. After personally demoing the app on the Apple TV, it’s clear that Vevo really hit all three.

The app feels dynamic and alive, and curated playlists with animated thumbnails draw the eye without being obnoxious. Top-menu navigation, while similar to Apple’s own standard UI, is larger and bolder, making it clear even on smaller screens.

There are no “static” screens filled with text asking users to navigate through menus. Vevo helps watchers find what to play, and play it quickly. This is made all the more evident with the interface choices made once a video is playing. Users can continue to discover and navigate to videos in a playlist without ever leaving a video. This experience, introducing new navigation without losing current context, is one that I see other video apps soon copying. 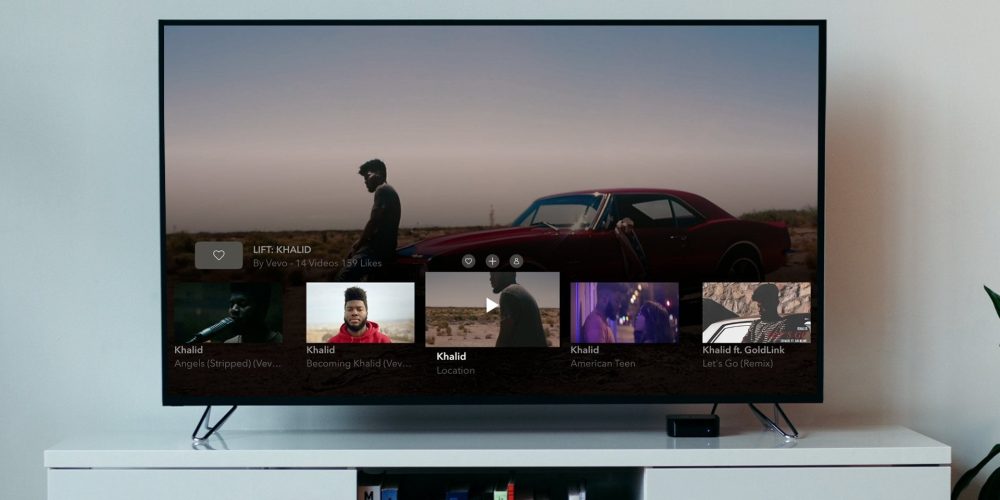 This “peek-inside-playlist” UI that Vevo has created is what I can only describe as “Total Request Live for the YouTube generation.” While watching any music video on-screen, users can press the Touch screen button of the Siri Remote and see a list of other music videos in the playlist. They can then interact with those videos by favoriting or adding to a playlist, all without leaving the current video that is playing.

While it seems obvious in retrospect, this experience is something that apps like Hulu and Netflix are sorely missing. Keeping viewers engaged in the current content, while searching and browsing, and without losing focus to either one is an impressive feat.

Vevo’s current average viewer session length comes in at 80 minutes, according to Zvagelskaya. For a company that launched outside the MTV-generation, those numbers can appear staggering. How can a service that has a primary goal of serving music videos compete in a digital world filled with so many other streaming services? Zvagelskaya added that these viewers are hitting an average of 70% completion into a video before moving away. If these numbers are correct, Vevo is set to be the digital generation’s MTV. 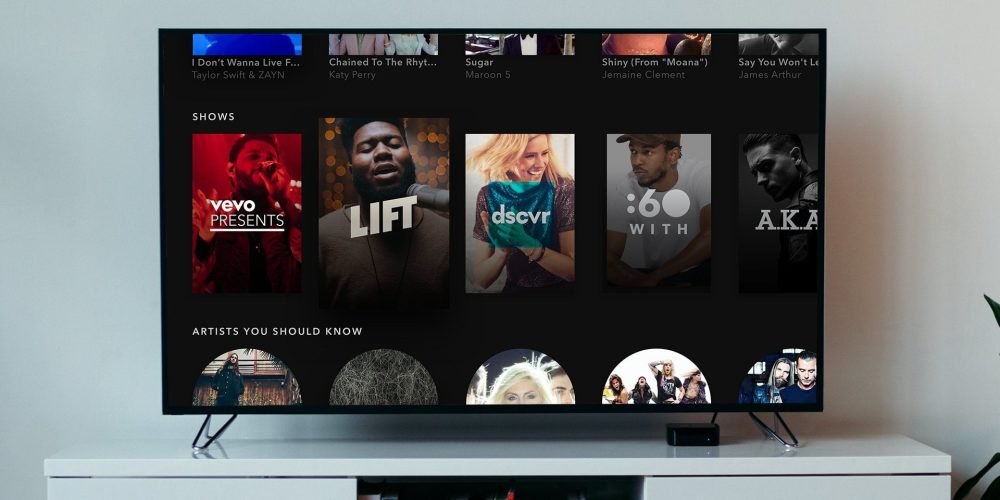 Though music videos live in a strange space in the streaming services category, Vevo’s experience brought to iOS and tvOS show that they are willing to put in the work to discover where they fit best.

The new update better highlights favorite content, curated playlists (organized by both genre and markets), and original exclusive content. With big name players like Apple Music, Hulu, and Pandora, Vevo is making sure that they’re the first place to go for music video content.

The new Vevo for Apple TV app will be available tomorrow, May 19th, 2017. Grab the most recent iOS updates from the App Store for free now.