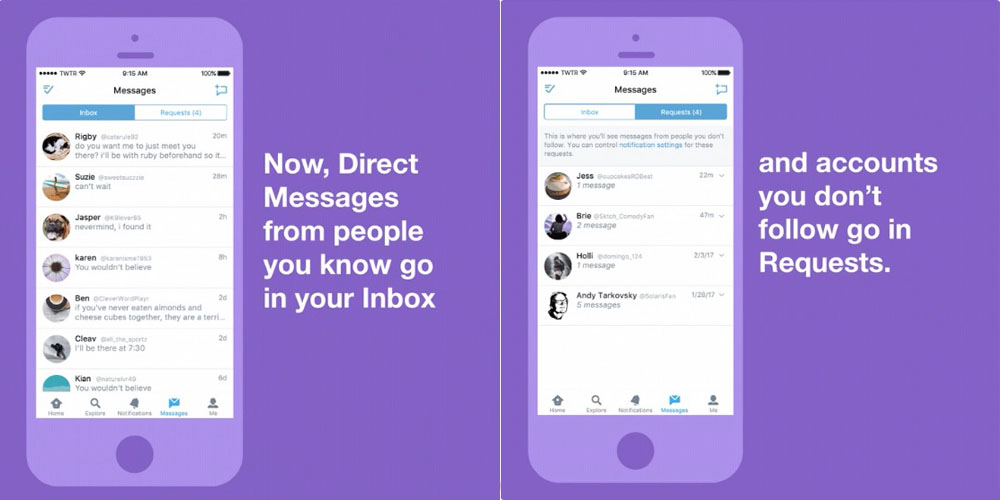 The official Twitter apps for iOS and Android have borrowed a trick from Facebook: direct messages from people you don’t follow now go into a separate Requests tab.

By default, Twitter only allows DMs from people you follow, but you’ve long had the option to switch on a ‘Receive messages from anyone’ setting. Until yesterday, all DMs arrived in your inbox, but the official app now separates messages from those you do and don’t follow.

DMs from people you don’t follow appear in a new Requests tab. You then have the option to Accept or Delete. If you delete the message, the sender won’t be notified in any way. If you accept it, it will be moved to your inbox and future DMs from the same person will go directly there in future.

As an additional precaution, any media attached to a DM request will be hidden unless you either tap ‘View media’ or accept the message. Again, previewing the media won’t notify the sender that you have seen it.

Twitter yesterday tweeted a GIF showing the new system, along with a link to the support page entry.

If you’ve opted-in to get Direct Messages from anyone, messages from people you don’t follow will go into requests. https://t.co/n1qasb7JZC pic.twitter.com/HQY20T5f6t