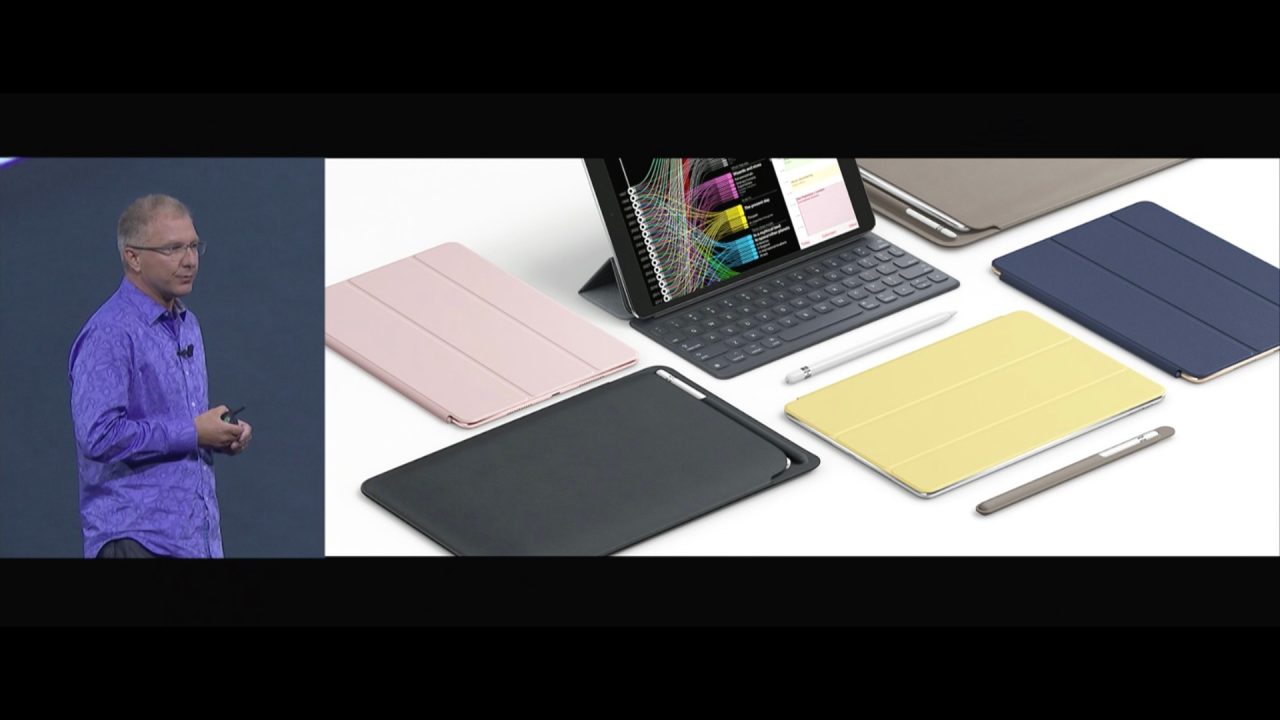 Alongside new iPads themselves, Apple today has announced a new accessory case that integrates the Apple Pencil. The new accessory offers a slot for holding your Apple Pencil when not in use, a common problem since the iPad Pro’s inception.

As you can see in the image above, the new case allows users to store the Apple Pencil along the top in a sort-of pocket.

In addition to the new case, Apple Pencil has improved 20ms latency with the new iPad Pro models. This means that Apple Pencil is even better for drawing and other artistic uses as it faces increased completion from other offerings such as Surface Pen from Microsoft.

Frutheomre, there are a host of areas where Apple Pencil is integrated throughout iOS 11. For instance, you can now use Apple Pencil to mark up webpages, screenshots, email, and more. Additionally, you can now tap Apple Pencil on the lock screen to instantly access the Notes app.

Read everything that is new in iOS 11 here and all about the new iPads here.