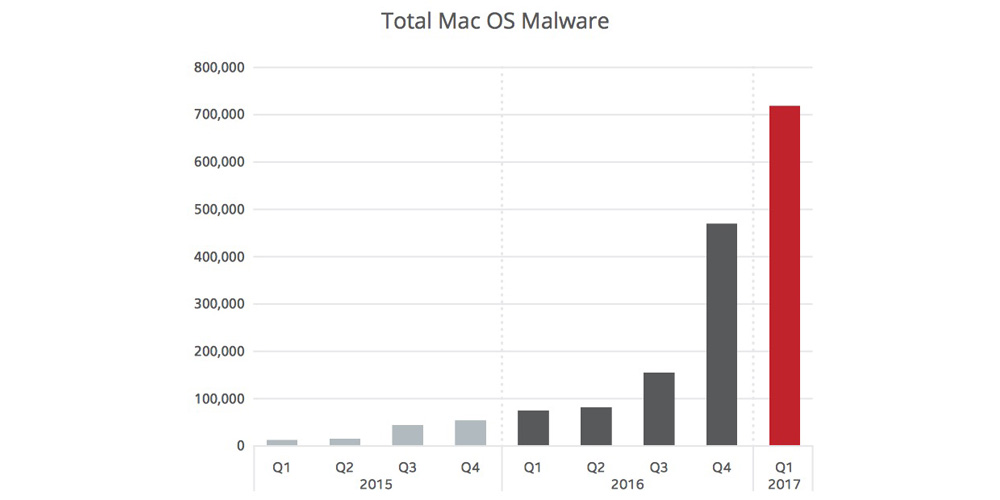 McAfee tells us that the growth in Mac malware seen last year has continued into this year, growing 53% in the first quarter alone. The total number of instances of malware detected has reached over 700,000.

As before, though, the headline number isn’t as alarming as it might appear …

First, the company is measuring instances rather than apps. If it detects one piece of malware on ten thousand Macs, that is recorded as 10,000 instances.

Second, McAfee again notes that the number has been boosted by ‘a glut of adware.’ Adware is annoying, displaying ads in your browser or in other apps, but doesn’t generally pose any threat to your data.

Finally, the instances of Mac malware detected amounted to just 1% of that found on Windows machines, where the total hit almost 700 million. This is partly because macOS makes for a smaller, and thus less appealing target, and partly because the platform has more stringent protection built-in. Apple also generally responds quickly with security updates when malware is detected.

That’s not to say that Mac users should be complacent: there are some nasty pieces of Mac malware out there. As always, the safest course is to only install software from the Mac App Store and trusted developers.