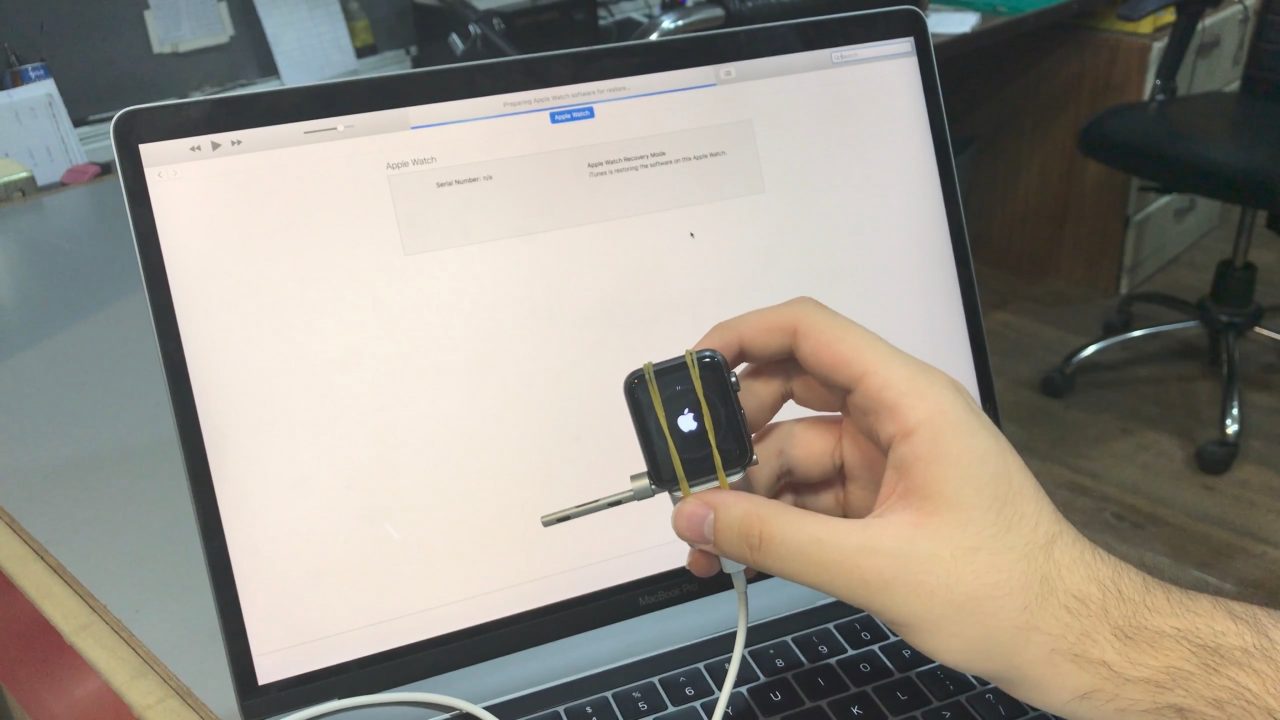 The iBus, a tool that we previously discussed, allows users to connect to the Apple Watch maintenance port for interfacing with iTunes on a Mac. MFC, its creator, says that the iBUS is the first such tool in existence. In the following hands-on video, @alixrezax walks through the Apple Watch restore process from start to finish using the iBus. It’s one of the first hands-on step-by-step looks at the tool in usage that we’ve seen.

Although different from the official device that Apple employs for Apple Watch restores, the premise of the tool is the same. It’s there to allow the Apple Watch to communicate with iTunes running on a Mac. From there, you can place the Apple Watch into DFU mode, a process that’s similar to entering DFU mode on an iPhone.

As demonstrated in the video, entering DFU mode on the Apple Watch requires that you hold down the Digital Crown and Side button for 10 seconds, and then release the side button while still holding down the Digital Crown. All of this is performed while connected to a Mac via the iBus and a Lightning cable. iTunes will eventually recognize that your Apple Watch is in DFU mode, and prompt you to select an IPSW file for restore.

The main issue with using this method is that Apple doesn’t make its full Apple Watch IPSWs available to the public, and iTunes will prompt you to choose a file when restoring. Hence, you’ll need to acquire the necessary firmware files to perform downgrades via some other source. In the example video above, a few firmware files were included in the description of Alireza’s YouTube video.

As someone who’s quick to test new Apple Watch software, I’d personally find it useful for restoring back to previous versions of watchOS. Even so, I understand that the iBus is not a tool that most Apple Watch users will ever find the need for.