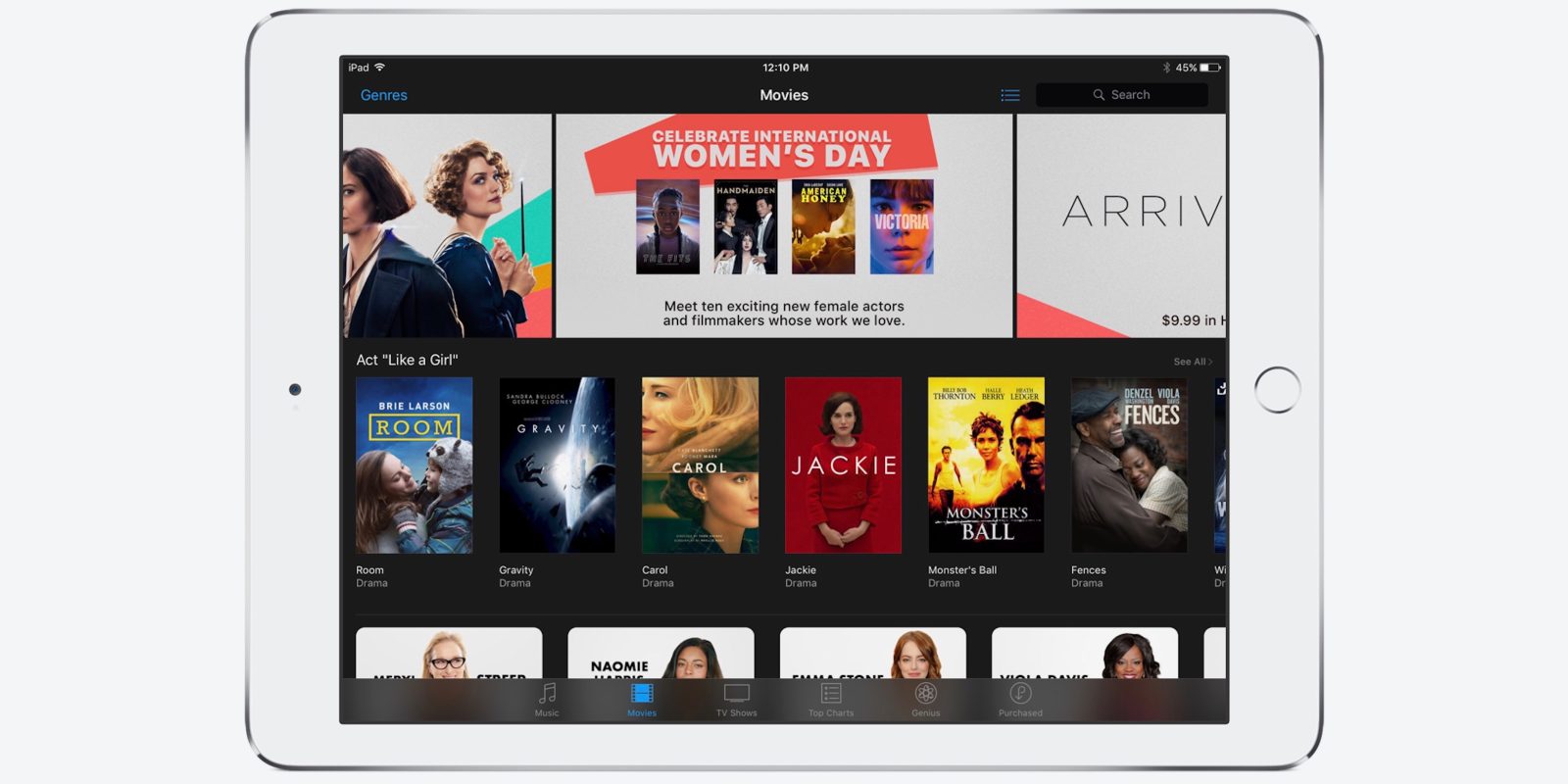 Despite its increasing focuses on Services revenue, Apple is struggling to draw users to the iTunes Store for movie purchases and rentals. According to a new in-depth report from The Wall Street Journal, Apple’s market share for renting and purchasing movies has fallen to between 20 percent and 35 percent, despite once being well over 50 percent as recently as 2012…

The report cites “people with knowledge of the matter” and notes there are no third parties tracking digital movie market share, making it impossible to obtain exact numbers. Several movie studios, however, say there has been a notable decline in Apple’s share of the market.

When asked for comment, Apple reportedly didn’t deny the market share statistics, but rather explained that it focuses on providing users with content from subscription services like Netflix and HBO through the App Store. The Apple spokeswoman also explained that movie rentals and purchases have increased over the last year, hitting their highest level in more than a decade.

The WSJ notes, however, that Apple’s growth is more of a consequence of overall industry performance. Last year, digital movie rentals and sales increased 12 percent to $5.3 billion. The overall industry rise would explain how Apple is able to see its own numbers increase, despite losing market share.

In the digital movie space, Apple is facing increased competition from two main companies: Amazon and Comcast. Amazon, thanks to its Prime membership service, has seen its market share in the digital movie industry increase to around 20 percent. Comcast, which rents and sells movies via its set-top boxes, now owns 15 percent of the market.

“Comcast and Amazon have been quite aggressive of late and taken quite a lot of the business,” said Dennis Maguire, a former president of home entertainment for Viacom Inc.’s Paramount Pictures.

One area where Apple has been growing, however, is with independent films and with deals signed for films outside the major studio system:

Apple’s loss of market share in the digital movie business isn’t uniform across genres, people who work with the company say. It has promoted independent films and signed deals for exclusive rights to some produced outside the major studio system, making it a stronger competitor in that space.

In the past, it has been reported that Apple is pushing to offer home rentals for movies that are still in theaters.  The negotiations here are still in the early stages, though studios are said to be mulling a $30 price tag. Whether or not anything ever comes of these talks remains to be seen, but renting theatrical movies would certainly give Apple a leg up on the competition.