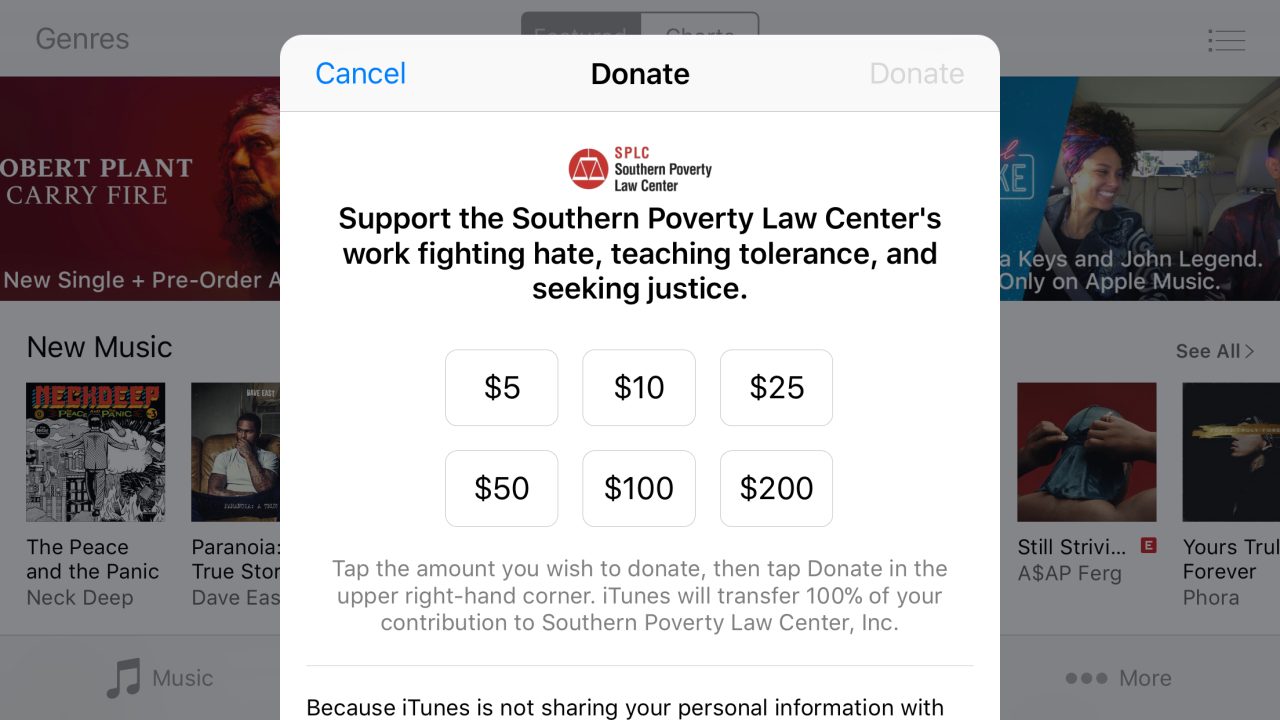 As Tim Cook mentioned in an email last week to employees, Apple has taken another step to promote equality and justice after the Charlottesville tragedy as it has teamed up with the Southern Poverty Law Center to accept donations through iTunes this morning.

Later in the evening we learned that Tim Cook sent out an email to Apple employees sharing that “Hate is a cancer…” and “Like so many of you, equality is at the core of my beliefs and values.”

In the email he also shared that Apple would donate $1 million to each the Southern Poverty Law Center and the Anti-Defamation League, along with matching employee donations two-for-one, and would soon offer an iTunes donation option for SPLC as well. 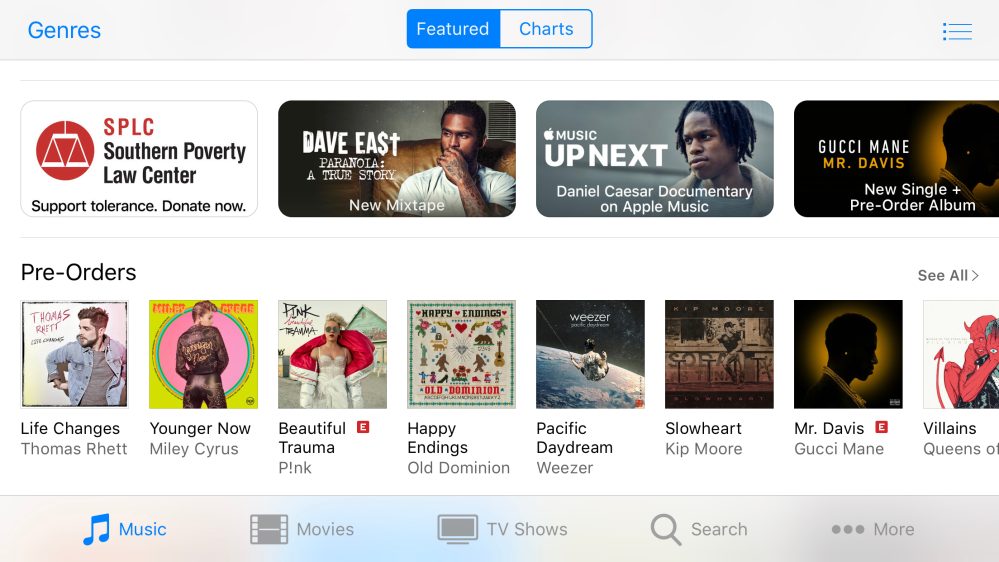 Like previous iTunes donation campaigns, 100% of proceeds will go directly to the Southern Poverty Law Center. You can find the donation link on the main page of iTunes just beneath ‘New Music’ and ‘Hot Tracks’ on iOS and macOS.