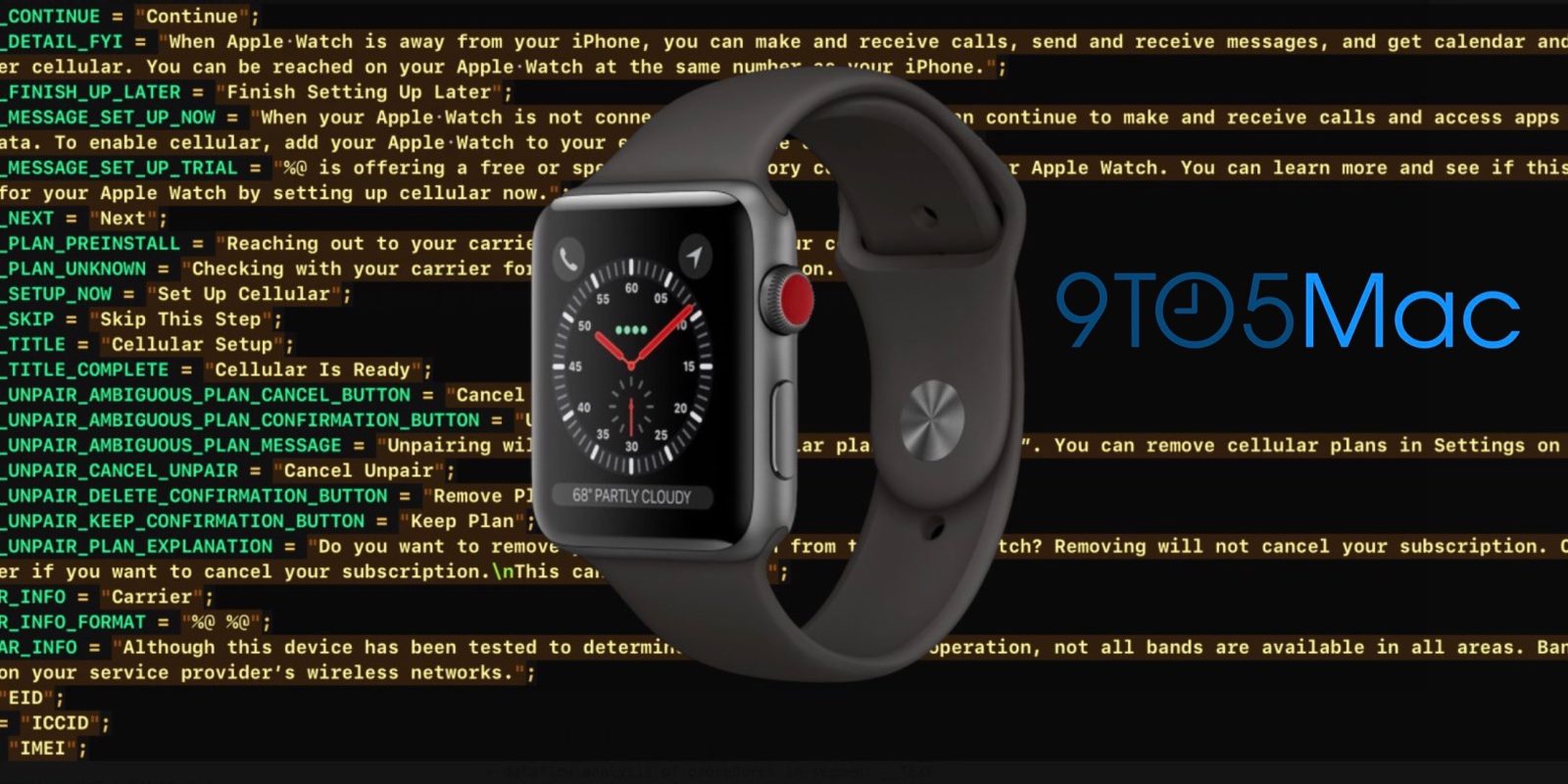 In continuing news from the Apple Watch GM firmware, we’ve found several string references to how cellular plans on Apple Watch work and how users set them up.

The code explains that Apple Watch uses the LTE cellular network to make and receive calls and data whilst away from phone. Users add their Apple Watch to their existing iPhone plan (assumedly at additional cost) …

As expected, the LTE Apple Watch will share the same phone number as the connected iPhone.

This means other people will simply call the same number ever and LTE Watch owners will be able to seamlessly talk using their watches.

It looks like cellular plan setup will be automatic. Users will prompted as part of the initial configuration for their watches to configure cellular. The system will automatically detect the paired iPhone’s plan and try and find if users are already setup to use an Apple Watch.

There are also strings that indicate some carriers will be offering special promotional plans for the LTE Apple Watch, which likely means the monthly cost of adding the device will be dramatically lowered for a certain period of time.

The code suggests carriers may even offer free months of service for the LTE Apple Watch, as a one-time promotion.

There are also references to a ‘preinstalled’ carrier plan. This is how the Watch will likely work when bought from a carrier directly. It will be already setup to connect to the same carrier from where it was bought.

It isn’t clear whether this means Apple Watches will be locked, like phones are, or if it’s simply setup as the default and can be changed later by users.

Just like phones, the forthcoming LTE Apple Watch will automatically adjust its radios to only use the necessary bands for a given carrier.

Stay tuned — we’ll have even more leaks from the iOS 11 and watchOS files shortly.